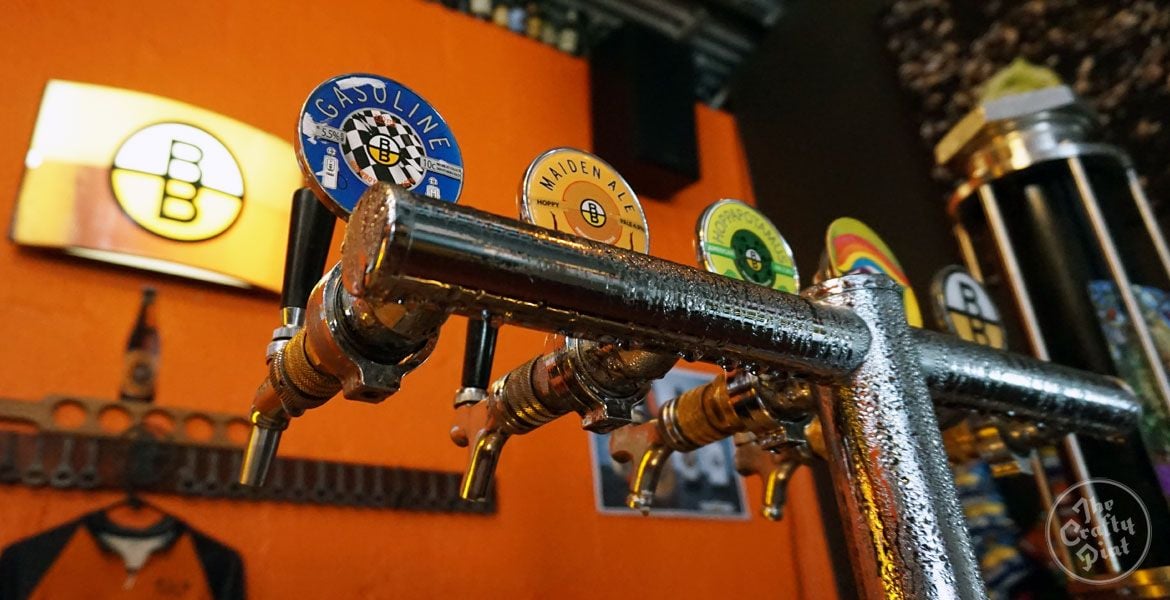 There's been plenty of focus on the newer arrivals on the South Australian beer scene in recent years, particularly those nudging the envelope with their beers. Yet Adelaide has been home to a brewery not afraid to push flavour boundaries for far longer.

Brewboys opened in Croydon Park in 2008, just across the road from Coopers yet rather further away from the iconic family brewery when it comes to scale and the style of beers it likes to put out.

Wearing owner and head brewer Simon Sellick's passion for motorsports like a badge, its range tends to lean towards the high octane, as typified by its two best known beers outside SA: the rich and smoky Seeing Double Scotch ale and Ace of Spades stout. Even the simpler beers in the range don't tend to shy away from layering on the hops, while a "hopinator" attached to the Brewboys bar at the cellar door gets all manner of workouts.

Now, those beers, combined with a popular cellar door that regularly hosts raucous live bands, have led to Brewboys outgrowing their home. So, as the brewery approaches its eighth birthday, it's time for a move, albeit one that will see them keep their existing home while opening a second site in the Western Suburbs, closer to the city.

“All of our production will stay here and open as a cellar door as usual," says Simon. "The other place that we open will still be a cellar door but will be geared to be more of a venue; be more of destination to have a feed as well.”

Obtaining more space is only one part of the evolution of Brewboys, as Simon is set to diversify his range and delve into other areas.

“Because I have a producer’s license I can only sell what I make, therefore I am starting to make my own wine soon and I am also talking to a gin producer,” he says.

The grapes for the wine will be sourced locally from the Riverland around Renmark and, while the exact grape varieties – like the location of Brewboys' second site – are being kept secret, Simon did mention that they are an older type not been seen for sometime in Australia. As for the gin, again Simon is leaving his customers guessing by keeping the details hidden under a shroud of mystery.

The wine and gin should add nicely to Simon’s forever growing core range; recently, Simon added the final touches to what will be two new beverages: an alcoholic lemonade that is made from a wine base and an alcoholic ginger beer that uses fresh ginger root. These two will join the Brewboys Cider, Maiden Ale, Gasoline Hemi Lager, King Brown Ale, Seeing Double, Ace of Spades, Schweinhund Hefeweizen and popular Hoppapotamus IPA as the regulars.

Even though he's only dropping hints as to Brewboys’ plans for 2016, there's plenty to pique the interest of local beer and booze lovers. As one of the first of the modern wave of small brewers in South Australia, Simon and his team worked hard to develop and grow a loyal customer base before interest in craft beer spread into the mainstream.

And this coming expansion – in multiple directions – should ensure he's well set to keep growing alongside those who have followed. Big beers. Small beers. Hazy beers. Crazy beers. Which new releases from WA's brewers made our Best New Beers of 2017 list? Here, Guy Southern and Pia Poynton present the rundown selected by beer gurus from across the state. read on