For outsiders, Melbourne’s inner west might not be the first place that comes to mind when thinking about craft beer. As the traditional home of the city’s industrial and manufacturing sectors, the area’s past might cause some to overlook the locale when deciding on a beer destination.

Indeed, the area hasn’t always had the best reputation; Russell Crowe’s performance as a Footscray skinhead in the classic film Romper Stomper was probably a low point in regards to the suburb’s appeal (even if it was a high point in Australian cinema). Yet today, the idea that the area is somehow lacking when it comes to craft beer is about as questionable as Rusty’s tattoos in the aforementioned movie.

While locals have long known there’s plenty on offer out west, it’s high time the rest of Melbourne headed over and worked it out as well. Even though these venues can be visited in any order, for outsiders the below listing has the advantage of leaving you just a stone’s throw from the city at the end of your adventure.

NB since this article was first published, it's been updated to include Mr West, which was still in the process of being put together. You can also find more options in a more recent Crawl focused solely on Footscray.

Although plenty of bars like to spruik the fact that they are nice and close to a train station, few are quite so near the tracks as the first stop on this Crafty Crawl. Step off the train at Newport, walk across the road, and the Junction Beer Hall awaits you.

This venue has been proudly pouring craft beer through its taps since the current owners took over what was a rather rougher-around-the-edges place in 2011. With 16 taps, this large, open and bright space offers plenty of choice for punters, while the above average pub grub pairs seamlessly with the beer. One night that has proved particularly popular with locals and outsiders alike is Beer Banter. Taking place on the last Thursday of every month, these sessions feature a casual evening of food, booze and a relaxed Q&A with guests from breweries.

Two Birds' home (AKA their Nest) is only about a ten minute stroll from the Junction, which means there's simply no excuse to miss stopping in for a beer (well, unless you're there on a day the brewery bar isn't open). Indeed, any beer journey to the west would be left wanting if it didn’t pay a visit to the brewery, particularly since it’s one of the most garlanded of recent times, adding the titles of Australian International Beer Awards Champion Medium Brewery to previous gongs from the Craft Beer Awards. While they produced their first beers under license in 2011, Two Birds’ have called Spotswood their home since 2014, and it’s fair to say that locals have embraced the brewery with open arms.

Nearby bars, bottleshops and restaurants all regularly promote the West Side natives but there's nothing quite like drinking it fresh in the Nest. Whether enjoying a beer from Two Birds' core range or trying a limited batch, there’s few other places in Melbourne where you can enjoy beers this fresh. Indeed, it’s hard to imagine a space where you can sit closer to – and enjoy a better view of – the spot where the beer in your hand was made.

Upon reaching Footscray there’s no shortage of choice, as the suburb now offer plenty of superb crafty stops. One of the more recent additions to the west’s beer scene is on with a strong claim to be its the best of the west too. Mr West is a collaborative venture by a couple of well known faces from Melbourne's hospo and repping scene: Caleb Baker and Josh Hodges (who comes with pedigree as his parents launched the original GB in Richmond before moving to the Cherry Tree and also run Eydie's).

Footscray's latest ode to craft beer, wine, spirits and good times is housed in an unassuming stretch of the pedestrianised Nicholson Street Mall, but as soon as you climb the stairs to the first floor bar any hesitations about its location are instantly left behind. Wood, metal, mirror and concrete come together to form a space that’s both inviting and imbued with a sense of occasion. Its bar is a monumental centrepiece for a modern and minimalistic fit out that stretches from an airy beer garden at the front to a set of inviting booths down the back.

On the booze front, you'll find 24 taps of wine, cider and primarily beer, surrounded by shelves stocking the best of local and international spirits. Before you get that far, however, you're first greeted by a bottleshop in the same industrial style, teeming with good products of both grain and grape, allowing patrons to discover new favourites upstairs and grab a bottle of their own before they head home.

FOX IN THE CORN

A pasta restaurant. In Footscray. That has a beer list reaching into the hundreds, a good amount of them being sours...

A few years ago, the idea would have been unimaginable, but Fox in the Corn has shown how effectively good food and great beer can be paired together. Its eight taps all regularly rotate and often feature exciting beers from international brewers, with a strong focus on sours and fruit sours. Like the tap list, the choice of bottles comes from far and wide with complexity being a key feature; how many other restaurants have a beer list that starts with "Wild Beers"?

The addition of Honeycomb Hideout – a dedicated tinny bar out the back of the venue – in 2016 has only further cemented the venue as a destination for any beer lover to check out, with the growing popularity of cans among Australian breweries allowing for a good range of beers on offer. While the list is far smaller than the catalog that can be found inside, it remains impressive.

Walking down Barkly Street towards the Plough Hotel gives the feeling of somehow being transported to a country town midway through the last century. Considering the building’s age, this is unsurprising: the original pub was completed in 1868 and its sprawling corner location made it prime drinking real estate for much of the twentieth century.

But looks can be deceiving and luckily the beers on offer in no way resemble the limited range that would have been on offer in a country town during the 1970s (or, indeed, plenty of them today). The current owners took over the venue in 2013 and have put a lot of thought into ensuring that the beers match the quality of the food. All eight taps are dedicated to Victorian breweries, with Melbourne locals 3 Ravens and Temple often appearing alongside the likes of Bridge Road and Holgate from slightly further afield.

They even have accommodation available just in case at this point in the crawl you feel the need to stop for the night.

Started by locals, Stuart and Liana Lucca-Pope in early 2015, Littlefoot is a bar that has quickly been embraced by the community. Here four taps pour an ever changing roster of different beers and cider while a well stocked bottle lineup completes the picture.

The taps often feature breweries from nearby (like plenty of other venues on this crawl, Two Birds get a lot of love), with the logic behind this twofold. Firstly, it has the benefit of supporting and connecting with other local businesses. Secondly, it’s also about keeping their ecological footprint to a minimum, hence the name Littlefoot. (Since the bar is also a little part of Footscray there’s a double meaning at work here). With a small stage for gigs and DJ sets every weekend, Littlefoot proves to be the perfect place to settle in for the night after a day out on the western frontier.

Other options in Melbourne's Wild West: 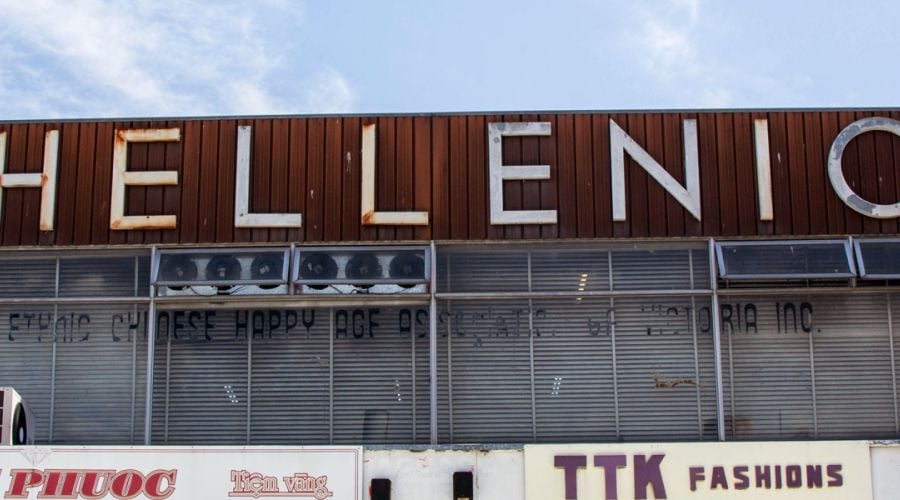 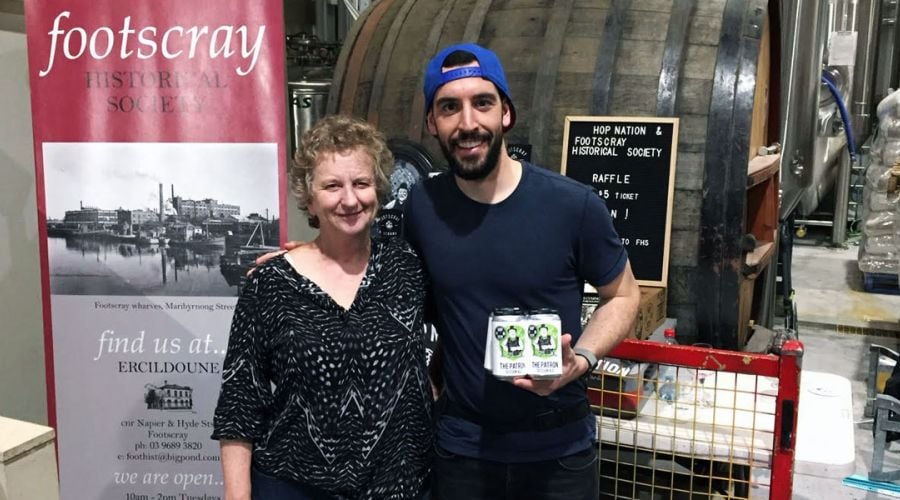