The new team at Indian Ocean Brewing Company know their beers please the palate, as evidenced by a swag of medals at last month's Australian International Beer Awards. But, in an ever more crowded marketplace, it takes more than well made beers to get ahead. So now they’re trying to catch the craft beer drinker’s eye too.

Five months after settling into the head brewer position at this brewpub outpost on the very northern fringe of Perth, Jackson Purser has done what you'd expect of an incoming head brewer: tweaked Indian Ocean’s stable of beers and added a few special batch releases to the brewpub’s tap rotation.

Now, to spread the message, Jackson and his brewhouse assistant and brand ambassador Brody Watts have turned their skills into an artform. To paint the full picture, Indian Ocean has become more image conscious: they want their beers to be seen in glasses, on tap fonts, in real life and on the internet.

Thus each of the most recent small batch beers – Saison Ethereal, De-Husker Du Australian Black Ale and Straight Rollers XPA – are more than colourful additions to the core range: they’re complemented by a radical change in approach to the brewpub's brand decals. For each beer, blank canvases on blocks of marine plywood have been turned into abstract masterpieces that provide the story behind the beers to patrons; if brewing is often said to be where art meets science, here it's a case of art meets science meets art.

Jackson and Brody have also been proving as adept with a camera phone as a mash paddle.

“We really want to get the Indian Ocean brews into peoples’ mind, especially the Facebook groups such as Perth Beer Snobs and the like,” says Jackson.

“When I arrived, the beers were great but the list was a bit boring. There were uninspiring logos. So we sought and got creative control and it allows us to stamp our personalities on the beers.

“I’ve always had a strong interest in art. And we thought art could be a way of presenting us as a point of difference in the market.

“Where we are in Mindarie, we are out of sight and out of mind a bit. So it's a case of getting into venues and catching the craft beer consumer’s attention.”

The result is decal designs for De-Husker Du, Saison Ethereal and Straight Rollers that wouldn't look out of place in a pop art gallery.

As for the brewery's recent awards success, which builds on that of predecessor Mal Secourable (now at The Monk) and, prior to that, Dave Brough, Jackson says he was rapt at Indian Ocean’s return. There were silver medals for their Export Lager, Pale Ale and New World Kolsch plus bronzes for the Street Beer and Saison Ethereal.

Since moving in five months ago, Jackson has changed the malt characteristic of the Kolsch and increased the intensity of the hoppy lager, while making the Pale drier and more tropical has seen it become their number one bestseller.

“What the awards show is that there is the perception our beer is good beer," he says. "We now hope our art out of the brewery can help get our beers into people’s hands.

“We hope people trust us and get on board.” 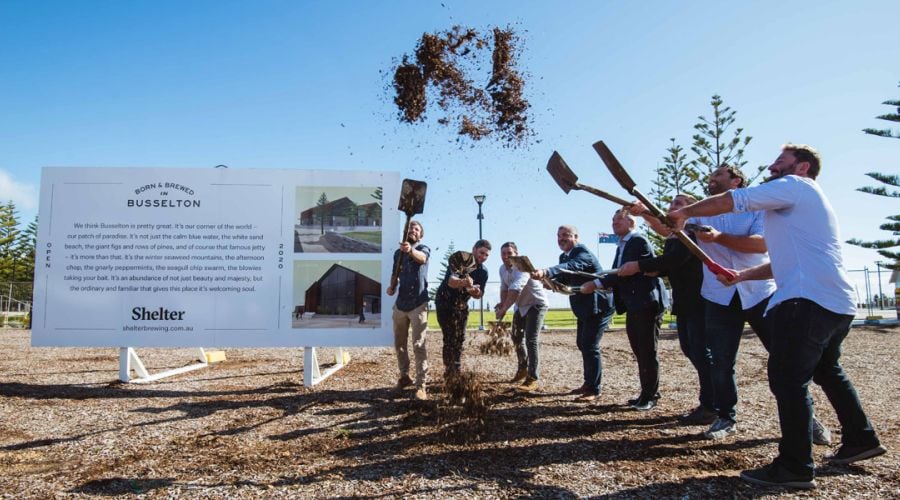