There's little left for brewers to put into beer. Locally, we've seen squid ink, belly button fluff and whale vomit used, while elsewhere there's been much more besides. Heck, BrewDog even stuffed one of its beers inside tartan wearing roadkill.

While there's a danger that such beers can lead some to dismiss craft beer as a novelty – certainly, the media loves to jump on the crazy ingredients angle every time GABS rolls around – in many cases brewers rise to the challenge and create great beers around an out there idea or ingredient. Indeed, there's plenty to be said for a brewer who can take something unlikely and use it to wonderful effect.

Such outrageous beers are the focus of a new book, Brewed With Balls, which looks to showcase dozens of the "most outlandish beers on the planet" – 65 of them, ranging from Rogue's Beard Beer and Sriracha'd beast to one brewed with bull's testicles and another with pizza.

And it's the last of these that contribute the foreword to the book. The rest of the words come from Stephanie Bishop-Hall (pictured above), who was assisted in her selection by staff at Melbourne's Slowbeer and took time out to tell us all about the book.

What was the inspiration to write the book? Was there a particular outlandish beer that first piqued your attention?

I became interested in slightly left of centre beers when I discovered Moon Dog Brewery was just up the road from my house! They definitely opened my eyes to a whole new world of beer, which was a whole lot of fun.

So experimental brewing was something I was developing an interest in when I came across an article about Dock Street Brewery’s Ain’t Nothing to Funk With – a golden saison barrel-aged with the music of Wu-Tang Clan. I thought that idea was awesome – whether or not it had any effect on the beer, it showed a kind of creativity and gusto that I loved. My only regret was that I hadn’t been in Philadelphia when Inspectah Deck launched the saison at the brewery!

So, after that, I did some research and saw that there weren’t really any books dedicated to outlandish beers. I pitched the idea to my bosses and they gave me a shot at it.

How did you go about selecting just a few dozen from around the world when there are so many out there beers on offer these days?

There were so many more beers I would have loved to include – the book could have been 500 pages long! But, at the end of the day, we had to be selective based on things like image quality and availability and keeping the book an appropriate size. It also took a lot of time coordinating with breweries from all over the world and I only had a limited capacity as I couldn’t totally ignore the rest of my job (as much as I wanted to).

It was important to me to include beers from as many places and in as many styles as possible so we tried to keep it varied and interesting. The book is not intended to be a comprehensive encyclopaedia of weird beer, rather a snap shot of some of the most interesting we could find and organise.

What role do you believe such beers play in the wider beer world?

I think experimental brewing is a fantastic part of the wider beer world! It’s not for everyone but it keeps things fun and exciting. I love going into a place like Slowbeer in Richmond and just never knowing what you’re going to find. There’s a beer now days for every mood – even if your mood’s a bit "funky" or "jazzy" you’ll find a beer to match it! It’s joyous and delicious.

Beer has evolved into a drink that you could never get sick of because it’s so diverse – it’s no longer just beer, it’s anything you feel like at the time.

Is there a danger such beers can lead some people to dismiss craft beer as a novelty?

I think some experimental brewing is a novelty – in the sense that the brewers are having a bit of fun trying something new and out there. But I don’t see anything wrong with that. And I think most experimental brewers do things with a purpose – even when that might be adding whales testicles to the brew or smoking the malts with sheep poo.

They’re (generally) not just chucking random stuff into the brew pot. There will always be "serious" craft beers but I think experimental beers sit beside their more conventional counterparts providing diversity and a creative outlet both for the maker and the drinker.

Why did you choose Moon Dog for the intro?

Moon Dog is my regular and my favourite place to have a beer. Pretty much just from going there all the time I got chatting to Josh early in the process and picked his brains about experimental brewing and other brewers to look into.

I think Moon Dog are the perfect example of experimental brewing for fun and joy. Their ethos is exactly that – they want to make beer that is both delicious and like nothing you’ve ever drunk before. So they were an obvious choice for the intro because that is the spirit we wanted to convey in the book.

Where can people get the book?

The book is available at Kmart, Target, Dymocks, Collins, Readings and any good bookstore.

Alternatively you could be reading the weekly Crafty Pint newsletter on August 19, when we've got five copies to give away. Cheers, Stephanie, and good luck with the book.

And if you can't get enough beer books in your life, don't forget The Great Australian Beer Guide by the founder of this site was released this month too! 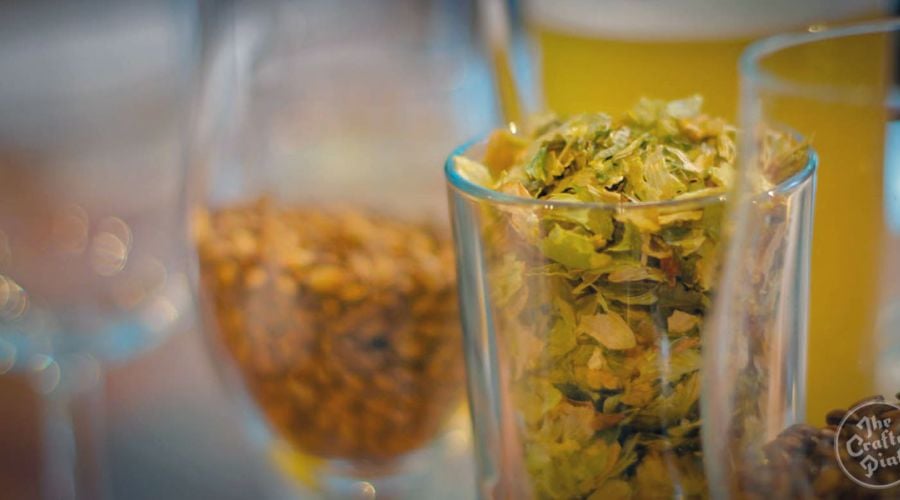