It’s all eyes on Bendigo as the hop-loving hoards put on their travelling shoes for Bendigo On The Hop. Tickets have sold out at most of the venues but if you’ve missed out, just head along to tonight’s launch party at The Cambrian (which is open to all) and make a promise to yourself to be more organised next year. Also launching today in a big way is the latest extravaganza at Carwyn Cellars as they load their taps with 23 barrel-aged beers. It’s a suitably epic tap list featuring brewers from home and abroad.

American canning legends Oskar Blues take over The Wheaty tonight before being nudged out of the way by Crafty as the first ever Crafty Cabal beer – The Landlady – gets launched in Thebarton with a wee party on Sunday where there's free beer, food and something to take home for Cabalistas [see below for details on the NSW Cabal launch too].

In other friendly takeovers, Hargreaves Hill heads to the Terminus armed with rare treats and Bitter Phew makes the most of its Scandinavian connection with a big weekend-long showcase of beers from the Nordic countries.

Bridge Road is heading north to NSW for a whopping 33 tap and total venue takeover at the Keg & Brew in celebration of the Surry Hills pub’s second birthday while, going in the opposite direction, Sydney’s Stockade Brew Co will be plastering their eye-catching labels all over The Catfish for their official Victorian launch. In more of a case of opposites attract, Newtown’s Union Hotel will be serving up stout & sours as they give half their taps to each style of beer and let you decide which is best.

The Quarryman’s Hotel is on the cusp of celebrating three years of turning around the fortunes of beer drinkers in Pyrmont and they’re doing it in gloriously primal style, with mountains of hot wings and big American beers.

If you’re looking for a more elaborate occasion with which to celebrate the pairing of beer and food, consider getting a Taste of Tasmania at Newcastle’s Grain Store, getting a taste of the world in Tasmania where the Hobart Brewing Company is laying out a big lunch, or holding hands with Nomad as they take a Walk In The Woods.

For something a little more energetic and interactive, head to Prancing Pony where they’re going all Rocky Horror, or to The Grosvenor where they’re playing bingo the right way, or to the Dove & Olive where the Craft Beer Fight Club returns after a few months playing away from its spiritual home, or to the Empire Hotel which is getting up to some capital shenanigans for its Beer Club.

Looking ahead to festivals and the like, Brisbane's Beer InCider Experience is only a couple of weeks away – during which you’ll be able to treat yourself to a VIP Cabal Experience [if, that is, you’re signed up to the Cabal] – with the Yarra Valley's Great Southern Beer & Cider Festival following hot on its heels. After that we’re into Oktoberfest territory where the Hobart Brewing Company has announced details of its plans to do Oktoberfest right in Tassie, adding to those that have been doing it right for a while: Otway is into its ninth celebration and Bridge Road is up to its twelfth.

In NSW, the Australian Brewery officially welcomed its new cans into the world last week (and you can reacquaint yourself with their wares during the Bledisloe rugby tests) but there’s still time to enter its Canbassador competition and win a big pile of cash for your troubles. Crafty will be heading to Sydney soon to liaise with the venues that will be bringing Pint of Origin to the city during October’s Sydney Craft Beer Week. While there, we’ll be hosting a Cabal party full of lovely industry people and you’re invited to come and drink beer for free [free, that is, if you’re a member. If not. Why not?].

Speaking of free beer, North Curl Curl Cellars turns two today so if you’re on the Northern Beaches be sure to stop in and say happy birthday to Sean and Mel and they’ll return the compliment by pouring you some Friday beers from Pirate Life. 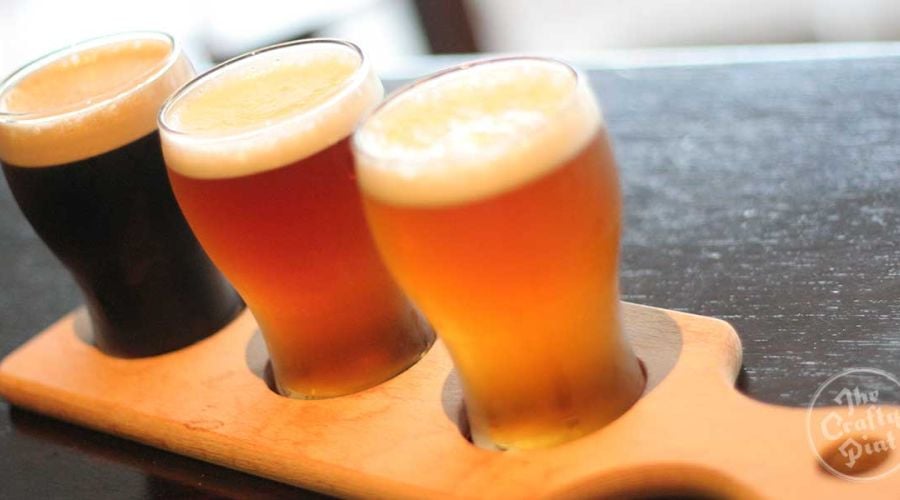