After making the move from Melbourne to Wellington in late 2014, Brendan Amos landed on his feet in the beer world, scoring a gig at beer distribution company Beer Without Borders not long after his arrival. Since then, he has upped sticks again to make the move to Auckland, where the craft beer scene is quickly catching up with its southern arch nemesis.

As this month’s Aussie Export, Brendan shares his insights into life across The Ditch, and why Australian beer still has a way to go to crack the Kiwi market.

How are you involved in beer in New Zealand? How did that come about?

I work for a company called Beer Without Borders, which imports a heap of great craft beer from around the world. We specialise in West Coast USA breweries – think California and Oregon – but also handpicked breweries to distribute from Japan, Australia and Northern / Western Europe. We work really hard to build trust with each of the breweries we deal with, working directly with them and shipping their products to the standards they set, such as refrigerated containers and so on.

I left Australia in late 2014 after growing up in and around Melbourne. I was drawn to New Zealand after a number of trips to the country for work and recreation, and felt for what I wanted to do in the next few years, the lifestyle and opportunities were as good as, if not better than, back home in Melbourne. I still hold a strong fondness for Melbourne and Australia, and I’m sure I’ll end up back there one day in the beer scene.

I was working in the Coles Group, managing their Vintage Cellars stores in Melbourne CBD and South Melbourne for about six years. In my time there I tried to champion craft beer and campaigned for a larger range and more interesting products. This was quite a challenge within the confines of a large organisation, and while it was often incredibly frustrating, I feel steps were made towards stocking a better range.

My involvement directly in the beer scene, however, was more in a social way as a general advocate of the scene, often hanging around bars such at The Great Northern Hotel in Carlton, Brunswick’s The Alehouse Project and Collingwood’s Two Row [now reopening as Slowbeer II], along with volunteering at events like GABS.

Did you intend to work in craft beer when you moved overseas?

Yeah for sure, my intention on arriving in New Zealand was definitely to work in craft beer. I did also keep an open mind to other opportunities, particularly within New Zealand’s huge wine industry, but beer was always going to take me in some way or another. Steph Coutts from Craft Beer College gave some great advice and introductions in the industry over here, so I’m very thankful to her for that!

How does the beer scene in Auckland (or NZ generally) differ from home?

When talking about the beer scene in New Zealand, it really comes down to city by city dynamics, in which I’m sure comparisons could be drawn with Australia. For example, Wellington, as many Aussies will know from going to Beervana, is an awesome, fun and compact city with a great bar scene.

Auckland, on the other hand, is much more spread out, and while there are some great bars, the scene is still transitioning from a drinking at home culture. The more regional you go, you see a lot more parochialism for local brands brewed by major players like DB and Lion Breweries.

Probably the biggest thing I was able to take was from the amount of blind tasting I was doing in the wine industry and wine and spirits training. Trying to disassociate preconceptions of a brewery from what’s actually in your glass is incredibly important, and highlights that, while some breweries can create five cap winners, sometimes you shouldn’t always believe the hype.

The biggest opportunity within the beer industry is the care of packaged products by retail outlets. It was eye opening when I got to New Zealand to see almost 100 percent of beers in shops here are refrigerated – something that a lot of retailers in Australia miss the mark on.

As for the consumer and service side of things, Australia has a long way to go with education and understanding of beer quality and faults. In places like Wellington, and even more notably Portland, brewers should be scared because the punter knows what the beer should taste like, and aren’t afraid of sending beer back.

That’s a great thing for a beer scene as it will quickly sort the good from the bad.

Is there much knowledge or understanding of Australian beer in New Zealand?

While there is a huge thirst for New Zealand beer in Australia, the opposite direction is an interesting situation. There is a general awareness of the growing scene in Australia, and some people here expect that one day Australian brewers will overtake many aspects of New Zealand’s industry. The other side of things, though, is that there’s an expectation that because our two countries are so close, the price of the beer should fit alongside local breweries – something that doesn’t match with the reality of an incredibly expensive shipping route and the differences in the Australian and New Zealand dollar.

That said, in the next few months through a combination of the successful expansion of GABS into Auckland and a number of distributors diversifying, we will reach the most Aussie beer ever being sent across the Tasman, and it will really test out where Aussie beer in New Zealand is at.

It’s likely one day I’ll be back living in Melbourne. Whether it’s sooner or later I’m not sure, but I’m certain I’ll dive straight into the beer industry again.

My most treasured memories would have to be going to and being involved in some of the lesser known festivals and events in New Zealand. I’ve worked with some great people to help organise events like Pacific Beer Expo in Wellington and Auckland Beer Week and these events have been incredibly rewarding in terms of gaining experience and building relationships.

And then there is Wellington’s Winter Ale Fest run by SOBA (Society of Beer Advocates), which is just a damn fun fest!

With the amount of NZ breweries available in Australia now, this list is a bit harder to write but, without hesitation, breweries like Fitzpatrick’s (Tauranga), North End (Kāpiti Coast) and Craftwork (Oamaru). I know they are fairly widespread in Australia but 8 Wired (Auckland) and ParrotDog (Wellington) are also worth your time in my book.

Some of the cooler bars / pubs around the country worth a visit would be Auckland’s Galbraith’s Alehouse (for a pint of Bob Hudson’s Best Bitter!), Hamilton’s CRAFT, Hashigo Zake and Golding’s Free Dive in Wellington, and Nelson’s The Free House and Moutere Inn.

Thanks, Brendan. Sounds like things are going just fine.

Anyone wanting to check out the rest of our Aussie Exports series can head here. And then there's Nick O's four-part travel odyssey through much of the North Island (which includes North End) that you'll find here.

If you're an Aussie doing fun things in beer overseas, drop Kerry a line. 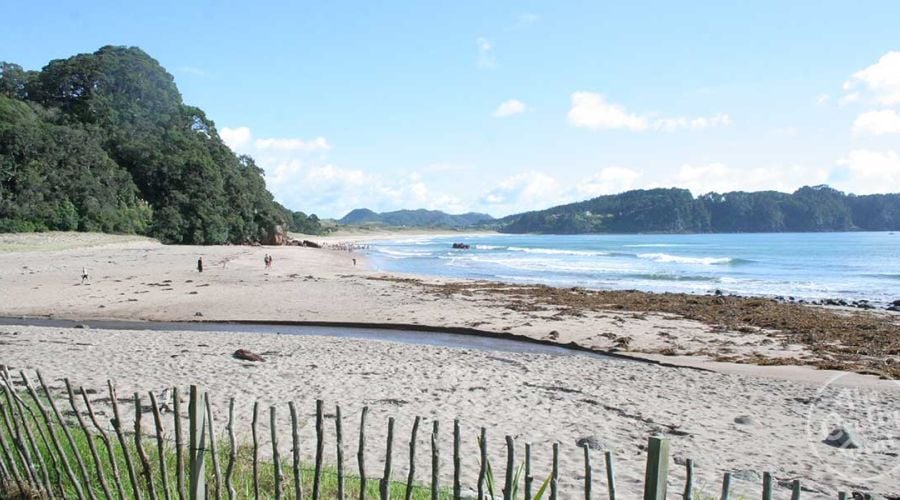