Tobias Zollo is a German purist, hailing from Die Bayerische Staatsbrauerei Weihenstephan, the oldest brewery in the world. He is the nigh on 1,000-year-old brewery’s Braumeister, or Brew Master, achieving this status after many years of study at brewing school.

While he is only 33 years of age, he is wise beyond his years when it comes to brewing knowledge, knowledge that has been passed down through generations of brewers at the Bavarian brewery from the earliest days when Benedictine monks started brewing. Tobias is as passionate as they come when talking beer and, as the man responsible for overseeing some of the world’s most iconic beers, has his own ideas on the future direction of craft beer.

Tobias’ visit to Australia was short. Ostensibly here to promote various Oktoberfest shenanigans, he also hosted a dinner in Melbourne and, while in Adelaide, was invited by Jade Flavell from the Wheatsheaf Hotel and Wheaty Brewing Corps to collaborate.

“The Wheaty was really great for me, it was big pleasure for me also to do a collaboration brew with Jade,” says Tobias. “Jade is very passionate about beer.”

While his stay in Adelaide was short, it gave him enough time to try his first Berliner Weisse, the once forgotten German style that is growing in popularity in Australia. It is, he admits, not his favourite style as its sour taste flicks a switch in this purist’s head that instantly warns of infection.

“That’s why we don’t like sour beers [at Weihenstephan] because there is something wrong with them,” he says.

To become a brew master, he had to study, something which he did at great length. First, he had to be educated as a brewer, which took three years and included working and studying at school. Then he worked as a brewer for a number of years before going back to braumeister school to study further, where he obtained an accreditation equivalent to a degree in science.

After working in several smaller breweries in Bavaria, as well as a small stint at a brewery in Switzerland, a job presented itself at Weihenstephan that ticked all the boxes for Tobias; as well as being the world’s oldest brewery, it is close to where he grew up and has a reputation earned in another lifetime.

It’s an unimpeachable reputation that has survived centuries and is only bolstered as the brewery and its beers continue to collect prestigious awards the world over. So how does a brewery continue to function and remain relevant after such a long period of time; the modern wave of craft brewing is, after all, only in its fourth decade?

“I think the key is to always have a good beer, have small changes [they are not the same beers as many years ago], adjust a few things to make it slowly better, it is an evolution” says Tobias.

“The quality, the quality is also a big point – the people can rely on our beers. They know when they buy a Weihenstephan beer, they know that we always get it right and it is of the same quality.”

Thus they have a plenty of measures in the brewery to assist in quality control to ensure the drinker is consuming a consistent product every time. He believes, however, that chemistry and science play only a partial role in their quality procedures.

“Everybody either says that the beer is good or not good, so the important thing is to taste. You have to taste every step, you have to feel it and the brewers have to be engaged with it and they know exactly when something isn’t right so they can then react.”

He says that, similar to the wine industry, the ingredients change depending on the vintage.

“Every year, we have different vintage of barley, wheat or hops and we have to adjust our processes because people always expect the same taste,” he says. "That is our challenge.”

Staying true to what you are is important too: “We have to be stable in our tradition, we can’t make a stout because it is not our tradition.”

Germany is known for producing many of the best lagers in the world; indeed, its brewers' mastery of pale lagers played a major role in the style become dominant the world over. So why are so many that come out of Germany – and Bavaria in particular – so good?

“So if you can do a really good Helles and it is stable, then you know what you are doing. It is the real challenge.”

There are two different types of breweries, according to Tobias: the classical breweries that really focus on traditional styles and flavours; and the "punk" breweries who tend to push the boundaries of the style guidelines.

As for trends in the beer industry, he believes that the rising tide of craft beer has taken beer to a higher level, a more respectable level: people don’t just see it as a means to an end but instead drink to enjoy it. And, he says, more good beer in the market is a good thing for the industry.

The growing interest in lager from some smaller Australian brewers is also a positive, he believes – and not just because it is one of his favourite beer styles (naturally).

“You can drink it any time of the day, you can drink it in the morning, evening and it fits to a lot of food,” he says. “If you have a good lager, it matches to nearly every occasion.”

Tobias has some advice for newer breweries in Australia too, which he hopes can help them achieve longevity.

“It is kind of an art brewing a beer, it is not about producing big amounts just to earn money. That passion for beer, that is the most important thing.”

You can drop Matt King a line if you've got something going on in beer in SA that we should know about. 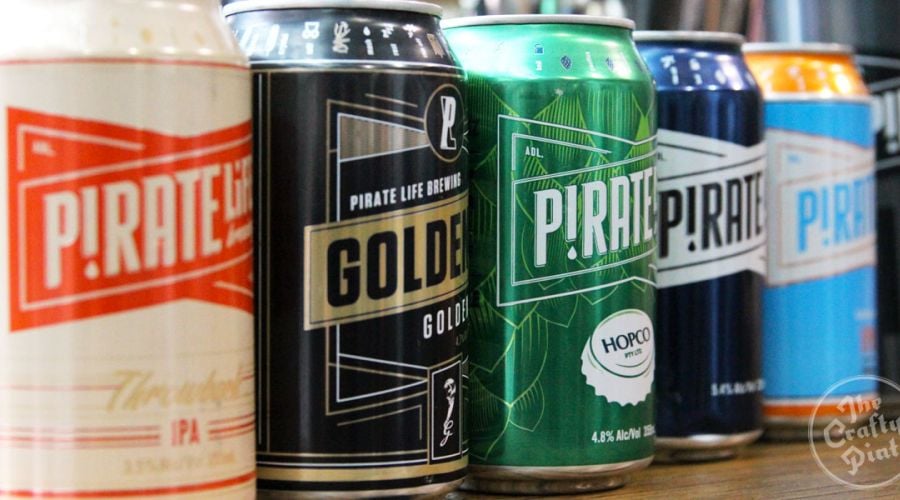