The phenomenal number of new breweries, brewpubs, gypsy operations and beer brands to launch in the past couple of years is making for a very crowded marketplace. Many brewers are starting to feel the squeeze as they wait, fingers crossed, for the number of venues and retail outlets – or those free from tap contracts, at least – to catch up with the volume of new beers appearing week in, week out.

Any passionate beer lover will be hoping that the brewers making quality beer – and those doing it for the right reasons – will be the ones that survive when any constriction arrives. But, increasingly, good beer and intentions may not be enough: it's important to stand out from the crowd too.

This might be achieved through your approach to beer: look at new Gippsland brewery Sailors Grave, whose owners see their location in remote rural Orbost as no hindrance to launching with eye-catching cans filled with the likes of a seaweed gose and a mandarin Berliner Weisse.

Or it might be in the structure of your business: see Wisdom Brewing's crowd-funding approach or Ocho's decision to brew a different beer every month and sell direct to customers online.

If finding a quirky and innovative path into the realm of commercial brewing is important, newcomer Club Brewing can certainly tick that box: members sign up to receive a mixed case of three beers each quarter and the beers in there will only be brewed once. So far, so so, perhaps. But what the Club's founders have also added is a healthy dose of stardust.

The first brew took place at The Craft & Co in Collingwood yesterday and helping oversee the process was former Stone Brewing man Mitch Steele; not the worst collaborator to have on board for your first ever brew. Waiting in the wings for brew number two is Mountain Goat, to be followed by a well known Japanese brewery, with those three beers making up the first packs to go out in December.

So how did a concept launched by two homebrewing school teachers and their mate in finance manage this series of minor coups? Simple: they asked.

"It was really about just reaching out to the brewers and breweries to find out if they were interested in doing a collaboration together," says Club Brewing co-founder, teacher and Beer & Brewer writer Chris Thomas. "Most people in the craft beer world are pretty like minded and happy to work together with the goal of making great beer."

Thus, while some have declined, Mitch actually thanked them for the offer and others, like Christian Skovdal Andersen of Beer Here, were enthusiastic from first contact too. Already, they've got more than ten future collaborators lined up, including Fullers, who have shared the recipe for one of their Past Masters releases.

"We came up with the concept in January last year," says Chris. "The idea was to focus on exclusive, collaborative brews."

With each collaborator, the idea is to look at beers they're best known for – so yesterday's brew will be a 7 percent IPA featuring US and Aussie hops – then throw ideas around via email until they land on a recipe.

Mitch, who was in Australia for ANHC 5 and arranged to fly back to the US via Melbourne so he could attend the brew day, saw the offer as a way to have a bit more fun – and visit another brewery – while in Australia. He says the Club Brewing concept was something new to him too: "It's kind of neat," he says.

When he returns Stateside, his focus will be trained firmly on his post-Stone project. Together with the team from American Beerworks, he's opening a new brewpub in Atlanta, Georgia. Given the well documented tales of overcrowding and stresses on breweries in the US craft beer industry, it might seem an unusual move to leave the San Diego trailblazers to start anew. But he says the new venture will be moving into fertile territory.

"I wasn't looking to leave Stone as I was doing really well and having a really good time, but this intrigued me as an opportunity," he says. "Where this brewery was going to be and what we were going to do was a lot of fun.

"It's a startup with really good funding [and] the two guys said they wanted to take the best practices from every brewery they've been to and put it into one brewery."

The area they are moving into is underdeveloped in terms of quality beer, which isn't the situation in many areas of the States. He believes the squeeze is "very real", with his old stomping ground of San Diego one place that's impacted. In California, he says a lot of new breweries are looking to sell most of their beer through their tasting room; certainly, here at The Crafty Pint we expect to see more people following the brewpub model in Australia to reduce the reliance of finding tap points and fridge space elsewhere.

With the US being years ahead of the Australian scene – even if we seem to be trying to cram a couple of decades of development into five years – does he have any advice for local brewers, especially the hordes of newcomers?

"It's not just enough to have a good beer," he says. "You have to have a message. There's some breweries [in the States] that brew good beer but nobody knows about them.

"What's nice about [Australia] is that people are brewing all sorts of different beers and not focusing on one or two styles. There are so many great beer styles out there."

This focus on diversity is something that Club Brewing will embrace by its very nature. As for its prospects in the current climate, Chris says: "We're hopeful that by doing different stuff all of the time there will always be a bit of excitement about what we're brewing. It will always be fresh and new."

Club Brewing plans to release its first cases in December. They'll be sending Australia wide, although not overseas at this stage. Find out more at clubbrewing.co. 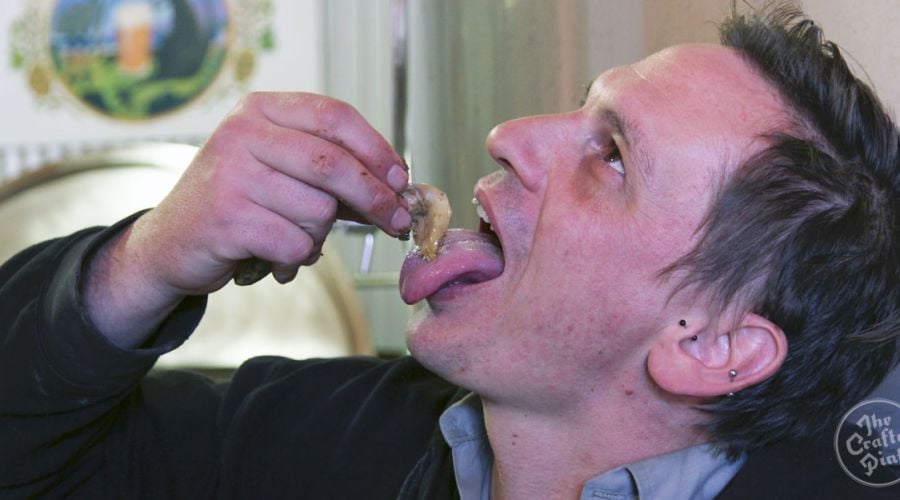