An individual’s journey to becoming a craft maltster is not an obvious thing, but perhaps it’s even less so in the case of Bill Armstrong.

“I’m the world’s only drone-flying, barley-malting stand-up comedian,” he tells me and I suppose he’s probably right.

It’s 5.30pm, and after finishing his day job as an aerial surveyor, Bill is giving me the grand tour of his malthouse: two rooms he’s renting in a repurposed warehouse in Launceston. This was an old fruit-packing joint; Bill has left their labels up on the walls, although some of the previous business’s slogans have been altered in a somewhat coarse fashion. (That’s what happens when stand-up comedians are in charge.)

Tasmania’s only craft malthouse – and one of but a few (but growing in number) in Australia – Not For Horses is now about 18 months old. Like plenty of ventures in the world of craft beer, it hasn’t been all smooth sailing, and Bill has been entirely self-funded. As he walks me through the whole process, it’s evident that Not For Horses wouldn’t exist if not for Bill’s practical skills and a lot of curiosity.

“I was always breaking things apart to see how they worked,” he says, and this same practice is what first turned Bill onto malting his own barley. “One night I was drinking whisky, and I wanted to take it apart too.”

Working in the agricultural industry has helped. In the earliest experimental stages, Bill was given a load of feed barley to play with. (This is in fact where the maltster’s brand has come from: “This stuff is way too good for horses,” was an early review.) He also perused the internet and library books, and tried to contact other small-scale maltsters in the world. He has become a member of the illustrious Craft Maltsters Guild, based in the US.

“I even learned how to homebrew so I could work out if my malt was an any good,” he adds with a bit of a grin, recognising that this is something of an arse about way to go about brewing. But of all the obstacles to contend with, a widespread lack of local knowledge about the malting process is perhaps the biggest Not For Horses has had to deal with. Small scale malting, Bill tells me, hasn’t happened in Tassie for more than a century.

“Hardly anyone even knows what a malt kiln is,” he explains. So trying to acquire one the right size wasn’t easy. As a result, Bill rigged up his own, from parts sourced at the scrapheap and on the internet. It’s not at all attractive to look at, but it does the trick.

The barley arrives from Tassie farms in big bags, each of which (Bill has carefully estimated) holds 18 to 19 million barley seeds. They are transferred by hand into a rejigged IBC steep tank to be soaked, drained and aerated until they "chit" – that is, the kernel enters a phase of pre-germination. Once they’ve chitted, Bill pours them onto the floor, turning and rotating them for five days. The process activates the enzymes and starches that become sugars – that is, they malt. At this stage, they go into Bill’s improvised kiln, where they’ll stay for three more days in a low heat, creating a pale pilsner-style malt.

There’s a mixture of science and romance in the malted barley: everything is attentively measured, but Bill talks about the feel of the barley, and seems to be compulsively nibbling it throughout the days long procedure.

Not For Horses is now producing half a tonne of malted barley a week, with four Tassie brewers seeking out Bill’s malt. One of them, kick|snare, is in fact immediately next door, which is beneficial for both brewer and maltster. Andrew Swift, brewer-owner of kick|nare, pops in during the interview and suddenly beers are being poured and sampled. For Swifty, having access to freshly malted, local barley makes for a better beer and a more enjoyable way of making it.

Chatting with brewers who have used Not For Horses malt, it seems that the locally crafted stuff is as efficient as mainstream malts, and although Bill’s happy about this, it’s not the main thrust of his mission.

“Driving for efficiency is what kills flavour,” he says.

And it turns out that despite the craft maltster’s evident discrimination against equine consumers, the horses don’t go completely without: having hand poured his malted barley into a sieve, the remnant chaff ends up going into the feed of horses in the area.

Largely through social media, Not For Horses has now attracted the attention of brewers in Western Australia and Melbourne. He’s also having conversations with some of the many distillers in Tassie about collaboration. There’s even a Launnie bakery that is using his malted barley. That half a tonne of barley being malted each week is likely to increase promptly, as Not for Horses faces a sharp increase in demand.

All these opportunities have led Bill to put on an apprentice maltster, Launcestonian lass Gabby Clifford. Still working as a surveyor, Bill is in his office five days a week ((although this is often some beautiful bucolic locale). With much of the labourer moving the barley around his various contraptions done by hand, an additional worker on the malting floor will not be insignificant. But there’s also an unmistakable part of Bill Armstrong’s ethos that makes him happy to share his knowledge.

Having had to hunt through internet forums and library books to find out about a skill that was once a part of the local fabric, Bill wants to make sure small scale malting doesn’t disappear again. There’s no reason why it should – it seems that all it takes is a bit of curiosity, some hours in the scrapheap, and a fair bit of effort and dedication. I suspect the comedy helps as well.

Find out more about Not For Horses here. 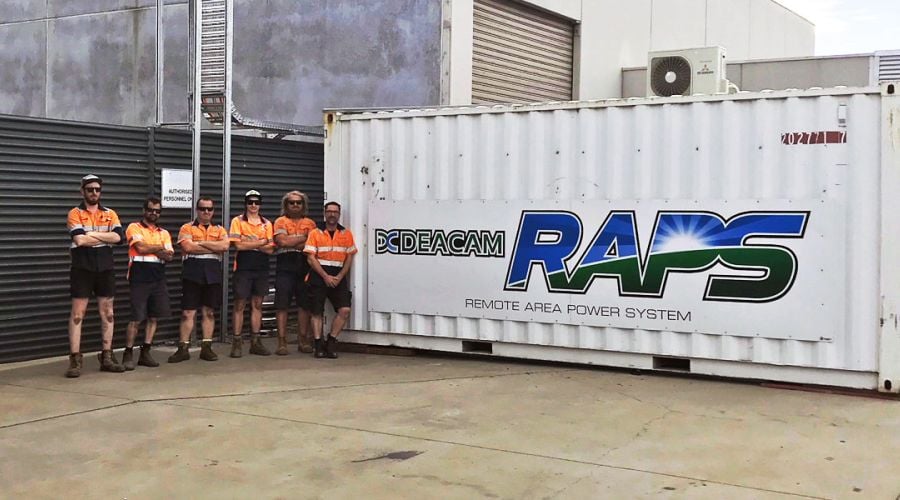 A young Tasmanian brewer who spent time at Moo Brew, Seven Sheds and Lark Distillery is back brewing. This time around, Evan Hunter has partnered with Nick Haddow of Bruny Island Cheese Co to launch a brewery focused on creating authentic Tasmanian beers. read on