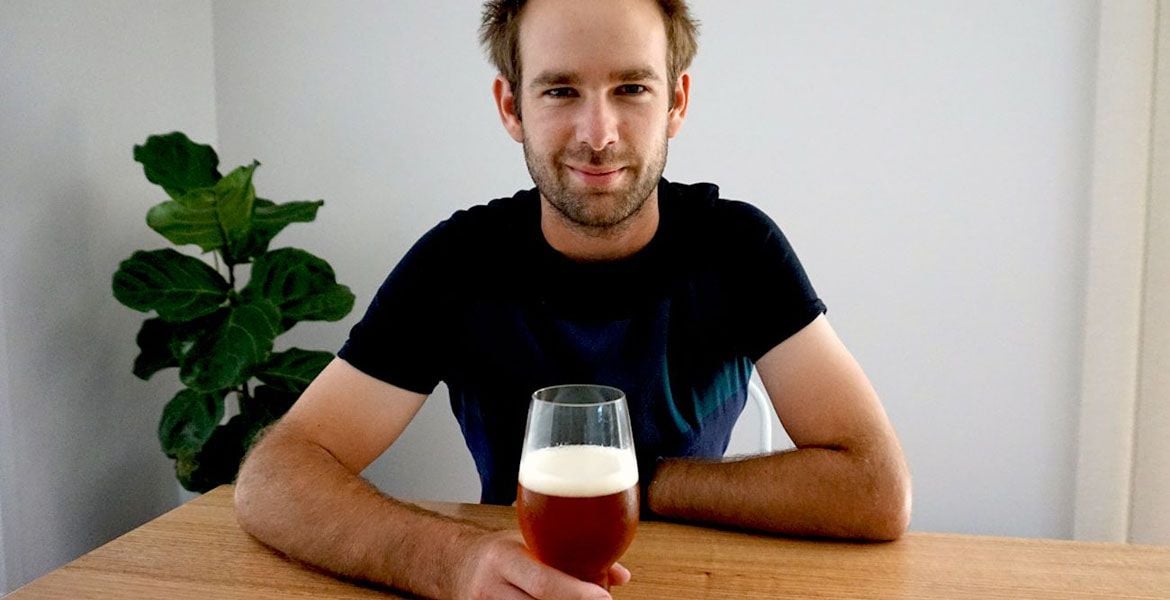 A slightly different entry into our Aussie Beer Blogs series here. Regular readers of the site will already be familiar with Matt King as he has been providing most of our coverage of the beer scene in South Australia for the past few years. Recently, he launched (or, technically, relaunched) his own site, The Craft Beer King, through which he is broadening his reporting on the state's craft beer industry.

It launched in its new format towards the end of 2016, since when he's run a number of interviews with key figures in the local industry, compared local beers to their interstate peers and hosted his first event, a blind tasting of SA beers held at The Wheaty.

Here he is to tell us a bit more about himself, the site and his passion for craft beer.

This comes from my last name, King – I am not the King of all craft.

I am a full time primary school teacher and sometimes believe that the kids drive me to drink. I also brew my own beer at home when I have a spare moment. I enjoy most sports and try to run about three times a week so I can drink more beer.

I started the The Craft Beer King in December 2014 while bored and sick on the couch. My website is only a recent development launching officially in October 2016.

While gallivanting around the SA craft beer scene, I discovered that there were very few bloggers around informing people of all South Australian happenings.

I also talk about beer a lot to my wife and, whilst she is interested and supportive most of the time, I needed another outlet to share my beery thoughts.

Another outlet that I have really enjoyed is my writing for the Crafty Pint and representing South Australia as a part of my Crafty Pint SA role.

While living in London, I visited the Meantime brewery with a bunch on friends. That was the first time I witnessed the process and the ingredients that went into making beer. The Meantime Pale Ale was a bit of a revelation for me and was the first time I drank a beer with a floral aroma. I then went on a mission to find other beers that tasted similar and, from there, I expanded into different styles.

I would like to say that my website is simplistic. Apart from my blog page, I have all the SA breweries, their websites listed and a map where they can be found, an events calendar and a contact page.

The initial focus is the people that are involved in the South Australian craft beer industry. The segment called "Haaaaaave You Met….?" introduces brewery operators, sales staff, venue managers and the beer drinkers of SA. Further to this, I will release a variety of different pieces when I find inspiration; I have some ideas up my sleeve.

To keep up with the craft beer events in South Australia via the events calendar. I will endeavour to post all the latest SA craft beer news and continue to update all the breweries operating in SA. I have plans in 2017 to start some new segments featuring venues and a few food and beer pieces.

I don’t know if I can pinpoint one particular beer that is my favourite. I do have a few that tend to frequent my fridge more than others.

Pirate Life Pale Ale definitely has had a presence in my fridge on numerous occasions. I love what Jade is creating at The Wheaty. There have been a few times where I have tried to recreate something that she has made (and generally don’t get anywhere near it).

I love Big Shed’s Californicator, Little Bang’s Uncommon Cloud, anything from Mismatch, just to name a few, and that is just SA beer. Modus Operandi and Hawkers have a few beers that are my go to beers as well. Too many?

I don’t tend to drink many beers from other countries and that is because I have had a few bad experiences in regards to freshness. Having said that, I do enjoy a lot of the New Zealand beers. I am a fan of the Nelson Sauvin hop.

My favourite time of the week in general is Friday afternoon, especially if I have had an alcohol free week. I finish work for the week, roll into the pub and prepare for a relaxing weekend full of beer.

Drinking beer at the source is definitely one of my favourite places to drink. Freshness is key and there is no better place to sink some beers than at the brewery itself.

Availability and freshness. I want to be able to go to my local bottleshop and have access to nearly every beer in Australia. I know I can do that online and I know that is a lot of beers but I am selfish like that. Then if those available beers are super fresh, that would be great also – in a perfect world.

Thanks, Matt. You can find his site here. And you can read other features on local beer bloggers here.