It's looking like 2017 is going to be a big one in the world of Australian beer, and The Crafty Cabal is here to help you make even more of it. Much like the first year of the service, in 2017 we'll be focusing on bringing you exclusive events, tastings, freebies and deals from some of the country's most exciting breweries and beer venues.

Here's a selection of what's been added since the start of the year and what we've got coming up. Don't forget to follow the Crafty Cabal on Instagram, look out for #craftycabal updates or to keep an eye out for these fortnightly roundups so you're abreast of all the latest offers, events and competitions!

It's less than a month to go until Geelong's Great Australian Beer Festival returns to the city's Racecourse on February 18. We've got a ballot open for Cabalistas to win one of four admission tickets worth just shy of $40 each. Simply dive into your Cabal area and put your name in the ballot before February 10 and you'll be in the draw.

Better still, if you're heading down there and have been thinking about becoming a Crafty Pint supporters, now's the time!

We've got three entry and token packages worth $80 each for the first new signups with a VIC postcode. Grab that offer by signing up here and your first year's Cabal membership has basically paid for itself and you've still got 12 months to attend exclusive events, enter competitions and redeem other offers across the country.

In December, we offered an end of year prize pack filled with beers from the Crafty fridges, as well as a case of Red Hill Christmas Ale and another of Doctor's Orders Tonic.

We can now announce that the lucky winner is Cabalista LXIV, Frank Ryan. Congrats – we'll be sending out your prize pack soon!

Next up for the main monthly prize is an epic pack from Balter Brewers: a case of each of their beers – XPA, ALT Brown and brand new Pilsner – plus some merch. Members will be able to enter that ballot soon.

Meanwhile, Cabalista CCLI, Chris Curtiss, is having a bonza start to 2017. He's off to the Ballarat Beer Festival as one of ten Cabal members who received tickets and tokens from The Crafty Pint and he's won a 4 Pines Christmas Pack for posting our favourite social media photo using the #craftycabal hashtag over the festive period. He took the shot when he redeemed his pints for pots offer at the Boatrocker Barrel Room. Congrats Chris! Your prize pack will come your way shortly.

We'll announce the next prize for using the #craftycabal hashtag soon. Just tag us in your posts when redeeming a Cabal offer, and you go in the draw. The winner will be announced at the end of February.

In Queensland, you can now grab a free pot of Brisbane Brewing Co beer with a main meal at the Brewhouse Brisbane.

In New South Wales, you can save on Boatrocker and Pirate Life beers at Cutty Cellars Bankstown, with discounts offered once a week. Meanwhile, Sydney's Bucket Boys online store has 5% off online orders for all Cabalistas every day – they deliver nationwide so you can grab that special bottle you've been eyeing up no matter where you hail from.

For Victorians, there are three new deals to make use of. Far Side Beers has 10% off mixed sixes from their bottleshop, while Armadale's newest beer venture Otter's Promise offers 15% off mixed sixes. Or, if you're in the mood for a drive, head to the new Blackman's Brewery Bar in Geelong, to redeem a free – yes, absolutely free – tasting paddle.

Rest assured, there are plenty more offers on their way in the coming weeks.

Got To Be Quick Around Here

Cabal members often have the opportunity to grab beer packs direct from breweries or online retailers at discounted rates but, with limited numbers available, you need to be quick on the draw to avoid missing out.

Case in point, the second round of mixed specialty beers from Red Duck, which went on offer late last year, has run out and the five discounted six packs of Tuatara CANimals from Hops To Home sold out in just three days!

We've got more of these offers on the way in 2017, so don't forget to check your member's area regularly for new offers and ballots. The Crafty Cabal is a great way to support the work that Crafty Pint does while also saving money at great venues across Australia, getting invites to exclusive and money-can't-buy events and making the most of the burgeoning beer scene in Australia. What's not to love?

We're working to make it easier still to keep tabs with what's happening in the world of the Cabal – to know what events are coming, what new deals have been launched and so on – with a revamp of the main Crafty Cabal site. It will include an events diary as we know these have been the highlights for many members – the first of these will be locked in before the next of these updates is posted. 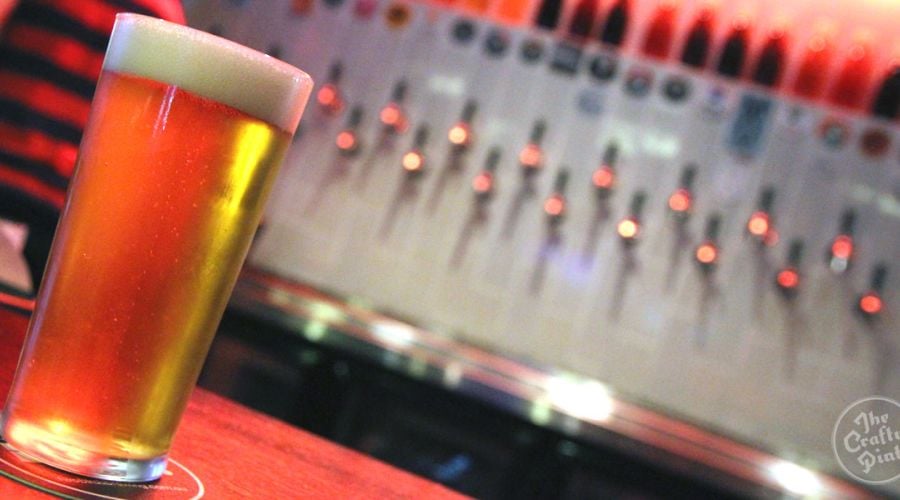 The biggest ever survey of Australian craft beer drinkers has been carried out by Sydney bottleshop Beer Cartel. The results of what they plan to turn into an annual survey are out today. read on