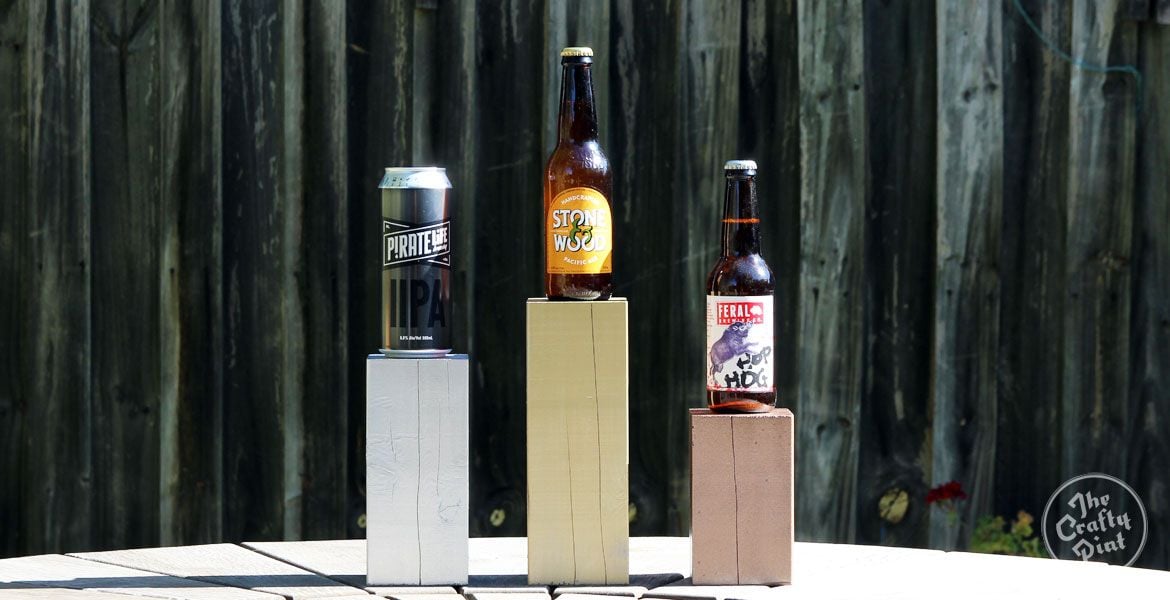 So, once again, congratulations to the Stone & Wood team for taking top spot with the all-conquering Pacific Ale. The top three remains the same as in 2015 but, if anyone was questioning whether Pirate Life’s success last year would prove to be a flash in the pan, the nudging of their uncompromising IIPA up one place to second is a bold retort – not to mention landing their IPA and Pale in the top seven with Throwback completing their foursome in 20th spot.

Past winner Hop Hog, from Feral, remains on the podium (one of seven beers from the Swan Valley brewery to make the 100), while Balter prove to be this year’s Pirate Life, coming from nowhere to take fourth spot just ten months after the first batch of XPA left the Gold Coast brewery. We chatted to brewer Scotty Hargrave about life at Balter earlier in the week – look out for that interview alongside those with fellow H100 newcomers Fixation and Blackman’s on The Crafty Pint tomorrow.

Elsewhere in the list, there’s great news for BentSpoke, with the ACT’s newly canned Crankshaft leaping 80 places to eighth and, alongside the brewery’s Barley Griffin (19) and Pact’s Mt Tennent Pale Ale, giving the capital three beers in the top 100.

Gage Roads crashed the top ten with AIBA Champion Australian Beer of 2016 Little Dove, while Modus Operandi put forward four beers and, impressively, all four make the list. Others with a heavy presence are Little Creatures (six beers), 4 Pines (five), Mountain Goat (four) and James Squire (four), all of which are national brands with broad reach.

Perhaps the biggest message to be taken from the 2016 poll is that beer lovers – at least those motivated to vote – love their hops. A staggering 68 of the 100 beers are pale ales or IPAs or some form (69 if you include the sole black IPA).

The number of sours rises from one to five, the number of beers available in cans has gone from four in 2014 to 17 last year and 32 in 2016, while we imagine West City Brewing, Hop Nation, Stockade Brew Co, Nomad and Cricketers Arms (Asahi) will be celebrating after their beers appeared in the list for the first time.

We’ll present our annual detailed analysis of the results on The Crafty Pint tomorrow. As well as checking out the full 100, including climbers, fallers and new entries, you can view our 2016 Infographic here. We’ve also listed the highest new entries below.

Download a larger version of this table here. And check out beers 101 to 200 here.

Tomorrow (Friday), we'll present our analysis of this year's results – how they compare to 2015, what they say about the beer landscape in Australia and Aussie beer lovers' tastes – and follow that with interviews with some of the people whose beers appear in the list for the first time.

Thanks to the team at The Local Taphouse / GABS for putting the poll together again, to brewers for making great beer and to you for voting.

And thanks to Ashlin, Walter and the lovely young woman in the Paint Shop at Bunnings Northland for their advice on this year's podium – a fine canvas from which to evolve in future years! We have a new winner in the GABS Hottest 100 Craft Beers poll for 2022, with Mountain Culture achieving a staggering result and blasting straight into top spot. Balter XPA finished second ahead of BentSpoke's Crankshaft. read on