It's time for the third and final of our Pint of Origin previews for 2017. And it's one that wouldn't have been possible just a couple of years ago.

The divide between the north and south of the Yarra when it came to craft beer has long been stark, with the south served by barely a handful of good beer venues as the north of Melbourne exploded into life. But that's been changing fast in recent times, so much so it's encouraged us to create a PoO Crawl for Good Beer 2017 based entirely south of the river.

That means Good Beer Week's longstanding home of South Australia, The Palace in South Melbourne, is joined by the Belgian Beer Café on Southbank, Ladro TAP in Prahran, The Windsor Alehouse and the Grosvenor Hotel for this year's festival, while you'll find cool events taking place at plenty of other venues south of the river too.

For newcomers to the Pint of Origin concept, it's simple: venues become host to a state or region of the world for the week, showcasing beers and brewers from their chosen region across their taps, hosting suitably themed events and allowing locals and Good Beer Week tourists alike to take themselves around many of Melbourne's best venues sampling beers they may never have seen before.

We've suggested starting this PoO Crawl at the furthest point from the CBD and working your way back inwards, but equally it works in other ways too. Done this way, it's one that will take you from Queensland to Regional NSW, then on to Spain and Italy before hitting South Australia and ending up sampling beers from Belgium and its neighbours. That said, if you're looking for some #PoO17 action on the opening Saturday, you could time your visits to join The Crafty Pint and brewers at several of these venues (see below for details).

Our most southerly PoO venue to date will host the most northerly Australian brewers to feature as part of Pint of Origin during GBW 2017. The Grosvenor Hotel is a vast, multi-faceted venue on Brighton Road, St Kilda, that has been developing its craft offering in recent years and is also home to the St Kilda Burger Bar and Grosvenor Grocery & Bottle Shop. It's hosted successful Good Beer Week events in the past with the likes of Boatrocker and is now the home to brewers from Queensland in 2017. Look out for the likes of Balter, Newstead, Green Beacon, Four Hearts and Good Beer Company on tap.

It's not that long since The Windsor Alehouse appeared in place of what had previously been Irish pub Pint on Punt, but in that time the pub has embraced its crafty new direction, hosting some creative beer events and launches and getting ever more adventurous with the beers hitting taps. It feels like its PoO debut will be the moment the new direction is sealed as the manager has taken the chance to showcase Regional New South Wales' brewers and run with it – and then some. Mixed pallets are heading to the pub from the north of the state, the Newcastle/Hunter region and the south of Sydney too. Expect to find beers from up to 20 NSW brewers, some of whom have never been seen outside their home state, hitting taps throughout the week.

Meet The Brewers: Join The Crafty Pint on the opening Saturday for an evening of live music and a bar shout in the company of the legends at Fixation Brewing and FogHorn Brewhouse.

One of the beautiful things about Pint of Origin (and Good Beer Week generally) is how it can take you to new places you might not have known existed. We hope this southside Crawl will do plenty of that and imagine a first visit to Ladro TAP will wow a fair few people. It's the Prahran sibling of the Fitzroy pizza icon and combines a similar focus on fresh, quality Italian food with a green approach to its business and, most importantly for this particular week, lots of tasty beer pouring from its wall of taps. In keeping with its Mediterranean inspirations, it's hosting brewers and beers from Italy and Spain with a number of beers not seen in Australia on the lineup. Some local brewers have also been invited to create Italian inspired beers to pour throughout the week and they're turning their street side space into a pop-up beer garden for GBW too.

Meet The Brewer: We'll be hanging out with the brewer from Spain's Naparbier from 2pm on May 13. Come and join us!

The Palace Hotel is one of Melbourne's best pubs and has the awards to prove it. It's a sprawling venue with two beer gardens, a busy kitchen and a policy that welcomes dog owners, families, people watching the footy, beer lovers keen to see what's pouring from its many, many taps and, well, pretty much anyone really. It's been home to SA's brewers for a few years now and this year has its most diverse lineup ever, with some breweries making their PoO debut. As in 2016, when the Crafty PoO Bus started its journey at The Palace when it opened on the first Saturday (pictured above), we'll be back there with Pirate Life (and maybe others too) to get the week started.

Meet The Brewer: We'll be shouting beers with Pirate Life at midday on the opening Saturday (May 13). You can join Shifty Lizard on the Tuesday evening and there will be a wider SA brewer gang heading in at 6pm on Wednesday while Prancing Pony is hosting a degustation on the Thursday.

The Belgian Beer Café has been selling good beer to the people of Melbourne far longer than most. The bar in the base of the Eureka Tower has always had a focus on Belgian beers and, in recent years, has cast the net wider to showcase the best of the local and international craft beer world. As the third of the #PoO17 venues bringing the best of Europe to you, it made sense to feature Belgium, arguably the greatest beer nation on the planet, and to those Belgian beers has been added a list spanning Old World and New drawn from the UK, France, Holland and Germany. They're also looking after loyal customers by creating a Europass that encourages visitors to work their way through the taps over the course of the week.

PoO Crawl: East is here and North is here – and check out the new Crafty Recommends enhanced map to find more good beer action while on your Crawls. 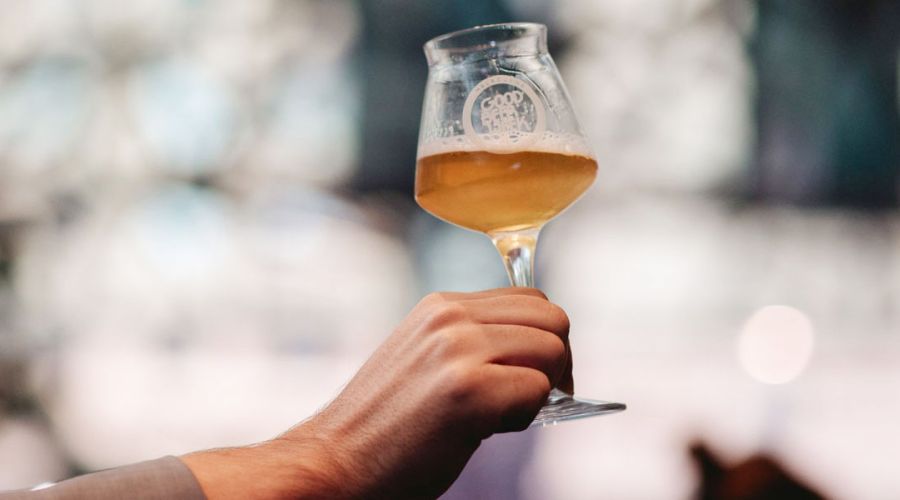 The country's leading beer week and the national body representing Australia's independent brewers have today announced they are to merge with both parties confident the move will help both achieve more in the future. read on