During Good Beer Week in 2016, if you called in to the Canadian Pint of Origin venue, you may well have been served by Rob Dooley. Twelve months on, after three years as manager at Beer DeLuxe Hawthorn, he's working for a brewery in Estonia.

Rob (above left) is now brewery assistant at Sori Brewing in Tallinn and here tells us about life, beer and brewing in the Baltics as our latest Aussie Export.

Where in the world are you?

Tallinn, capital of Estonia. 80km south of Helsinki and 200km west of the Russian border.

How and why did you end up where you are?

I’ve found that this answer is the same among many expats. I’m here because of a pretty blonde girl.

I met my partner Britta, a Tallinn native, while working at Beer DeLuxe. She had already been in Australia for a few years before we met and after another two years she was ready to head home. So I followed.

What are you doing?

Brewery Assistant. I’m sort of an all-rounder; I do a lot of warehousing and running the bottling line as well as working with the guys on the brew days. I even brewed my first full batch recently.

Did you have brewing experience before leaving Australia?

I was lucky enough to be involved in some great collaboration days with the likes of Boatrocker and Moon Dog while at Beer DeLuxe, and I did a bunch of homebrewing. This is my first job in a commercial brewery.

What was your involvement in beer before heading overseas?

I worked as a manager at Beer DeLuxe Hawthorn for about three years, as well as some volunteering for festivals and events and hosting some degustation dinners. One time I even drank a beer.

How would you describe the beer scene in Estonia?

It’s really exciting! First of all, access to local ingredients and the ways they are used that we don’t really see back home. I’ve seen great things done with birch, Nordic moss, wild Estonian hops, forest berries and even a thick, cloudy, fruity traditional ale from Saaremaa.

Then there is the variety. Estonia isn’t a big place but you wouldn’t guess by the range of local brews available. The gypsy beer scene is pretty popular here too.

Finally, the people. The global beer community never ceases to amaze me. It didn’t take long for me to feel right at home here.

How does it differ from the one you worked in in Australia?

The craft beer venues have fast rotating taps, which is always great. But I’m definitely missing a widely available go-to pint like a Stone & Wood, Fixation or Venom. Beers like that definitely exist, but they don’t really have longterm tap points like we have back home.

You don’t really see six-packs or slabs either, which I’m guessing would be a price point thing. The macro here is dirt cheap.

What beer styles are most popular with beer lovers?

Does Sori specialise in particular beers?

Without trying to be biased, I think the guys make some great IPAs. The barrels have been rolling out recently, too. It’s been great fun to work with.

Is there anything you've seen or learned in Estonia that could work in Australia?

Whatever it is they’re doing with rye here. Seriously, I cannot speak highly enough of Estonian rye beers. I wasn’t much of a fan of the style back home but the first Estonian example I tasted was, and I’m sorry to sound like a beer tragic here, breathtaking.

What can I say? The Estonian’s love rye, they know what they’re doing!

Have you found much awareness of Aussie craft beer on your travels?

I bumped into an Icelandic brewer wearing a Pirate Life hoodie if that counts? The odd traveller has mentioned Little Creatures or Stone & Wood, but it’s largely unknown to the average Estonian.  Mostly, people just like to tell me how terrible Foster's is.

Any highlights from the trip so far?

I would say that the adjustment to Tallinn on a whole is a highlight, such as finding the subtle differences between the Australian pub culture versus the Estonian pub culture. As if a good Sunday sesh isn’t a worldwide thing?!

In craft beer, definitely the recent Tallinn Craft Beer Weekend. Coming to a festival in Estonia was like having a blank slate for beer, so many things I’d never seen before, so many crazy new beers to taste! I would rate the following morning as a lowlight of my trip.

And any advice for Aussies coming to Estonia – best beers, venues, breweries or even non beer related must do activities?

If you need a cliché, touristy, Medieval experience, you can grab a ceramic jug of spiced beer, a pie and a bowl of elk soup at Kolmas Draakon underneath the Old Town Hall. You can also stop by Koht, my favourite little Medieval cellar-slash-craft beer venue.

If you’re looking for a uniquely Estonian beer experience I’d recommend Tanker’s Sauna Session Ale; a light, easy drinker brewed with the Birch leaves used as whips in the sauna. You should also try a rye beer or something with local berries. SIP (best described as the Estonian Slowbeer) has a great range of local brews, and the staff are a genuine bunch of passionate beer lovers.

For venues you can hit up the suburb of Kalamaja, the hipster district of town. Food trucks, markets, good coffee and pubs. My favorite local is Pudel Baar, they’ve always got a great tap selection and a big terrace facing into the afternoon sun. If you’re in town, odds are you’ll find me there so come say G’day.

For more on Sori Brewing, you can check out their Facebook page. 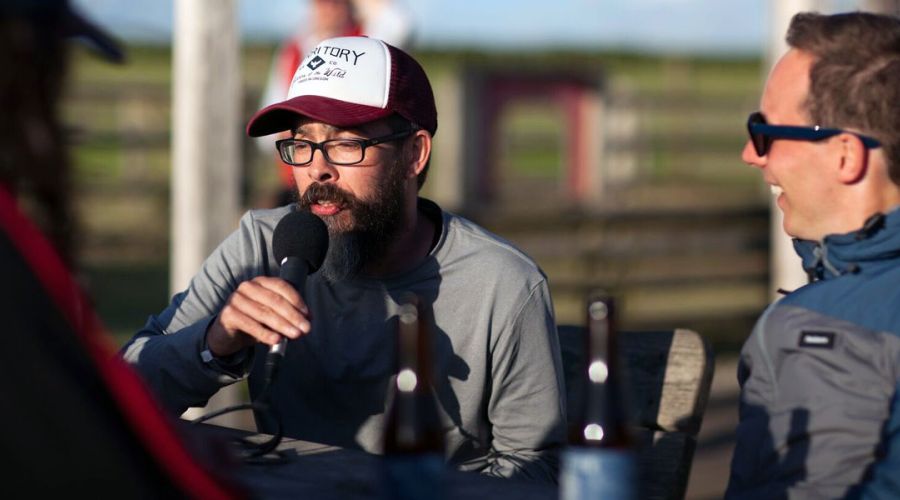