Earlier this year, the process began to turn off Hazelwood Power Station – often referred to Australia’s dirtiest coal-fired power plant. The move away from non-renewable energy may bring myriad environmental benefits, but the transition isn’t without its costs, including those with a human impact.

Hazelwood has been a major employer in the Latrobe Valley region of Gippsland for close to half a century and towns like Morwell, Traralgon and Moe have long relied on the jobs created by the station. What's more, in recent years, the decline in the local logging industry and the collapse in the price of milk have further contributed to a rise in unemployment.

Against this background, and in the hope of encouraging people to invest money into the region, the Little Gippsland Brewing Co was born; a “community beer project” complete with a logo reflecting on the region’s industrial past.

“We were trying to figure out a way to do something for the community,” says Dylan Berends, one of three mates behind Little Gippsland. “We wanted something we could sell so people could drink a beer and keep the money local.”

Aaron Falzon and Rhys Brown are the other two involved in Little Gippsland. All three grew up in the area and believed locals would be quick to embrace a local beer.

“We wanted to keep some money local and build it in to the community; we’re not going to make any money off this – we pour all the profits back into the community.”

Aaron and Rhys were both longterm homebrewers and worked together on a recipe for Little Gippsland’s first beer, dubbed Craft Draught.

The beer came to life after the trio attended the annual Cryermalt Good Beer Week Brewery Startup panel hosted by The Crafty Pint. There, they met Glenn Harrison while he was still head brewer at Temple Brewing. He was keen to help Little Gippsland brew its beer and the first batches of Craft Draught subsequently started to appear around the Latrobe Valley in early November.

While Craft Draught might have the appropriate assonance to appeal to drinkers, the idea behind the name was to also attract acceptance in a part of the country where Carlton Draught has long ruled.

“When we say it’s a craft take on a draught beer it gets more response then saying it’s a golden ale or something like that,” says Dylan.

For now, the focus has been getting packaged beer into restaurants so the money flows into small businesses too. It’s a strategy that's so far proving successful, with 14 venues having embraced the beer, along with some local supermarkets, and more in the pipeline.

While they might not be expecting to build new houses (or a new power station) off the back of their brewing company, Dylan, Aaron and Rhys felt there were plenty of projects and community groups in the area that need a bit of support.

“You find a lot of projects that need around a thousand bucks to fix just a few things which nobody can afford,” says Dylan. “If you can throw two or three grand at that then it’s something.”

Already, local sports clubs and community buildings have had work done on them, with locals able to use the Little Gippsland website to suggest where any funds should go.

“I’ve done the numbers and it will work,” Dylan says. “We won’t make millions, but it will give us enough money to do something of value in the town that people can get behind.”

To find out more about the Little Gippsland project, check out their website. Ten years after he first imagined opening his own brewery in his hometown, and following stints at breweries in Edinburgh and the Netherlands, Jimmy Krekelberg will finally open Good Land Brewery in Traralgon this Friday. read on 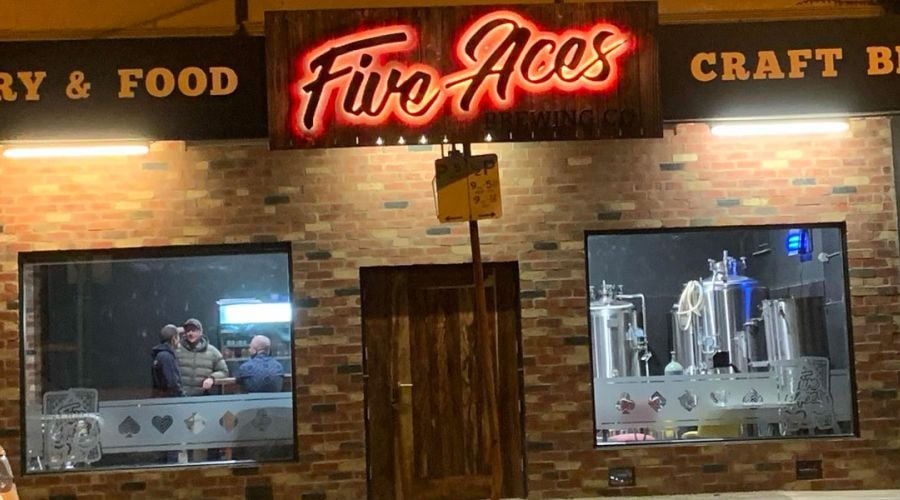