Brewery builds tend to take a long time, and in the case of Jimmy Krekelberg’s dream of launching a brewery in his hometown of Traralgon, it's a build that can't be measured in months or years but decades. Well, one decade anyway.

When Good Land Brewing open their doors in the Latrobe Valley town on Friday, it's a journey that's not just taken time but has ended up in a place a little different to how Jimmy first imagined he'd build a brewery.

“I was buying old farms' dairy tanks and stuff like that back in around 2010 or 2011, and I was going to do the Moon Dog thing,” Jimmy says, referring to how Moon Dog in Abbotsford was originally built, rather than the lagoon and pinball machine-fillled venue that is Moon Dog World.

Now, however, it's not just a brand new brewhouse that will greet visitors to Good Land; the person behind the beers has changed a little too.

Over the last decade, Jimmy's amassed an impressive resume in the beer world. Initially, he moved to the UK in 2012 with the goal of switching his work as a mechanical engineer to become a brewer. There, he picked up work at Stewart Brewing in Edinburgh before moving to the Netherlands and landing a gig at the much-loved De Molen Brouwerij, which was when The Crafty Pint last caught up with him back in 2016.

Not long after we ran that story, Jimmy (pictured below) and wife Layla Brock made the decision to return to Australia and, soon after getting home in March 2017, they, their family, and some mates set their eyes on bringing a brewery to Traralgon.

“I wanted to hit the ground running and just get into it,” Jimmy says.

But delays with securing the right property and with the local council meant that dream took a little longer to realise, so Jimmy returned to working as a mechanical engineer while slowly making his way through the process of getting a brewery off the ground.

By early 2020, a location had been secured and their brewhouse, a 20 hectolitre Tiantai system was on the water just as the global pandemic was really starting to impact the local beer world.

That too saw Jimmy switch his business plan slightly; originally, the plan was to mostly focus on keg beer to be sold in both their own taproom and through local venues. That said, although Good Land cans are launching with the venue this week, he's still keen to make sure he focuses on getting his beer into local venues and, what's more, venues seem ready to get behind the new Latrobe Valley operation.

“I think [COVID has] opened more places into the support local thing,” he says. “A lot of bars I go into say that’s what people are asking for.

“A lot of local businesses have been reaching out to me. That’s been awesome, and there’s a lot of these little businesses in town that are opening up with a different frame of mind.”

Located in an industrial pocket in the town's east, Jimmy says they'll be opening up with capacity for 60 people, with the hope that can be expanded in due course. There will be ten taps pouring his beers – plus a selection from other Gippsland breweries as they start out – and, while food trucks will greet visitors most of the time, Jimmy says the idea is to keep the experience of drinking in a brewery at the forefront of what they do.

“Come in, sit amongst the tanks, drink a beer, buy some beer for takeaway, bring some mates around or your family and chat to the brewer,” is how he puts it.

As for the beers, while he might have worked at a brewery and distillery in the Netherlands that’s built a reputation on big and barrel-aged beers, the first few Good Land offerings won’t be quite as bold or come dipped in wax.

“It will be a bit of everything,” he says. “It’s not that I want to please everyone but it’s a business as well, at the end of the day, and you make what the people want.”

That core range will include a lager, pale ale and session IPA, while the limited releases will give him a chance to flex a little further; head in later this week and you'll find an opening lineup including a raspberry dessert cream ale and a DDH saison.

“I want local people to come in and enjoy themselves while also making beers I want to make,” Jimmy says.

“I’ll do a couple of big stouts and put them in barrels and see if people want them and then we’ll make more.

“But maybe if I had my way it would be all bourbon and rum barrels.”

You can take the brewer out of De Molen…

Good Land Brewing opens at midday on Friday, July 9, and you'll find them at 12 Standing Drive, Traralgon. You can find the brewery and hundreds of other breweries and good beer venues across Australia in the free Crafty Pint app.

There will also be two tap takeovers taking place on Friday too, with Traralgon's House of Frank and Melbourne's Carwyn Cellars pouring Good Land beers into the evening. 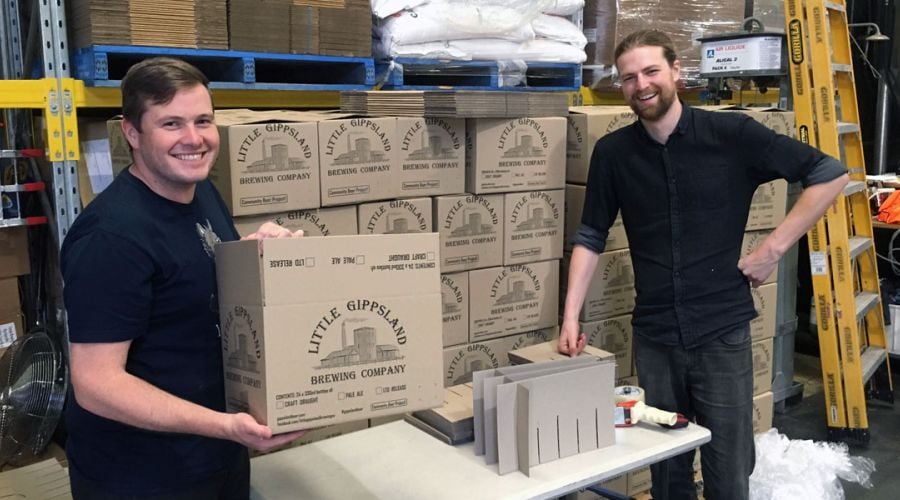 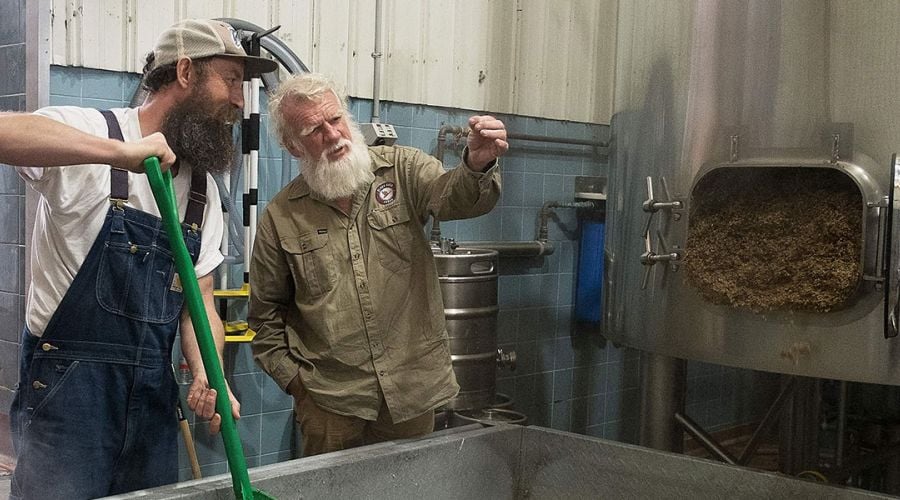