As far as crafty venues go, South Australians have their fair share. Whether you're after brewpubs, cosy alleyway bars with well curated three or four tap lineups or the occasional 16 tap monster, venues pouring quality beer can be found far and wide across the Great Southern State.

And, since early December 2017, there's been more cause to rejoice with the opening of West Thebby Social Club – a reinvention of the West Thebarton Hotel's front bar as a craft booze venue complete with new menu, live music and a fresh lease of life.

Before the revamp, the West Thebarton was far from crafty so, to ensure they got things right, the owners – the Reserve Group that operates a dozen venues across SA and NSW – enlisted the help of the Big Shed Brewing team. As well as making some well-loved beers, Big Shed founders Jason Harris and Craig Basford are no strangers to operating venues, first overseeing the operation and expansion of their rocking brewpub and then the extremely popular (albeit short-lived) Westside Massive.

“We are not involved in the day to day running of the venue," says Craig of the new venture. "They basically came to us with an idea to refurb the pub with a craft beer offering. They could see that the area they were in was changing and they were looking for something a little bit different.

"With the Wheaty around the corner and Pirate Life up the road, they wanted to know how they could make something that worked.

“They knew about our work with the Massive, they came down to the brewery to see what we did and how we did it. Over the course of about a four to six week period, we had bit of a chat about what we can do and how it might work for West Thebby Social. We guided, directed and suggested ideas along the way," he adds.

It's the second time they've been involved in creating a craft beer venue outside their brewery, with he and Jason coming to the West Thebby Social having learned some valuable lessons through the aforementioned Westside Massive project. It opened as Big Shed’s second venue in December 2016 and proved to be a popular venue that drew craft beer drinkers from far and wide. However, in April 2017, it closed its doors.

While Craig and Jason cannot go into detail as to why the venue was closed, Craig says they "were a little naive going into it."

He adds: "We learnt some harsh lessons from that and that is one of the reasons why West Thebby Social Club took a bit longer to get off the ground; we had learned those lessons and needed to make sure everything was ironed out from the start.”

With the past firmly in the past, Craig and Jason have been happy to lend more than just their intuition and experiences in the hope of giving their hometown another stellar craft beer venue – Westside Massive regulars will spot a familiar face behind the bar of the West Thebby Social. The familiar face belongs to Amy Lowe, previously a bar manager at Westside Massive, who was involved in the entire fit out, wielding a paint brush and jackhammer, as well as booze curation at the new joint.

The result of the combined efforts of all involved is a West Thebarton Hotel now split into two parts: the pokies and bistro still operate out the back with the Social located in the front bar. There you'll find 12 taps split over two six tap fonts pouring craft beer and cider. Half of them will pour Big Shed’s beers with the others made up of local and interstate offerings. Adding to the diversity is a fine looking can and bottle fridge with guests also able to take draught beer home thanks to the installation of what, at time of writing, is one of only two CANimal machines in the state.

There's also spirits from small producers plus cocktails, including the West Thebby Wakeup, and a menu designed by Big Shed's burger loving chef Mr Brown Beard, all served within a venue featuring exposed brick walls (the result of Amy and her jackhammer), Big Shed posters and flashes of greenery. Add in board games, an eclectic playlist and similarly diverse live music at night and there's plenty to add to the increasingly crafty appeal of this corner of Adelaide.

"It is great to be a part of the revitalisation of a suburban pub,” says Craig. 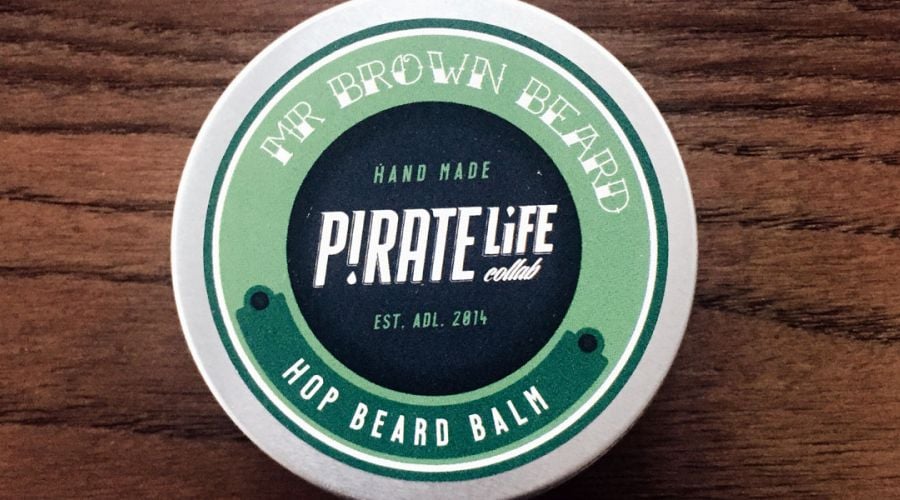