Mitta Mitta, in Victoria’s northeast, is a place better known for dairy farms, stunning vistas and outdoor pursuits. But now the town of less than 200, home to the wonderfully alliterative (and apparently quite mighty) Mitta Mountain Men football club, has its own brewery too.

Demonstrating how local beer can exist, no matter how small the locale, Mitta Mitta Brewing Company is one of the newest breweries to open in the High Country. The pair behind the brewery are Tim Cabelka and Alec Pennington, two mates who first came up with the idea of starting a brewery on Alec’s farm more than six years ago. Back then, Tim was brewing at Red Hill, where he'd been since 2007, and Alec convinced him and his family to move up north to start one of their own.

That process took time, with Mitta Mitta’s transition from idea to brewhouse a slow one. Yet, following a successful crowdfunding campaign at the end of last year which went well past its target, the brewery is now up and running.

So, with Mitta Mitta beers popping up across their region we asked Tim to join us as the latest guest in our Who Brews...? series.

On a 1.5 hectolitre system that I built myself, at our brewery in Mitta Mitta.

I find brewing is such a multifaceted thing. So many different aspects need to come together to get a beer into a glass. I love this.

As a small craft brewer, I get to see and perform all these steps. Tasting all the different stages and changes through the brewing process and fermentation.

Then to have something at the end that I and the people around me can kick back and enjoy is a great thing too.

Currently we have three beers on the go that use only our own grown hops.

A bit of a no brainer there really. We are a brewery in Mitta Mitta, which is in the rural area of North East Victoria. We thought that it can’t get more unique than the name of our beautiful little spot.

Also, as we are a little off the beaten track, it gives the destination in the name of our brewery.

I was living in a share warehouse in Brunswick with a heap of other people in my early 20s. I started kit brewing not long before and I sort of became the resident brewer, supplying enough beer for all my mates. I picked up a small, thin book on homebrewing; it probably only had about 40 pages, but it did have a small section on all grain brewing. It was at this point that I had my first insight on how and from what real beer was made.

From there I was hooked on finding out about the whole brewing process. That was almost 20 years ago now.

I have a few random beers in there at the moment. Balter XPA. Yeasty Boys Big Mouth IPA. A mix of some bottles from Shedshaker Brewery of Castlemaine.

There is also a bottle of Old Fart. I just had my 40th and someone thought it was quite fitting.

Alright. I had to envision what we want our place to be like once it is fully open to the public. Pretty chilled, relaxing but also a bit up beat. A very natural space.

What I like to listen to when I want to feel like that is Massive Attack. Good range of grooving beats. Plenty of bass. Well balanced music, just like the beer I like to make.

In the same spot that we are now! It’s a really amazing place. So much natural beauty of the High Country.

I do really hope, though, that we have a bigger brewery, as I can see the little 150 litre system not really cutting it then.  We have enough room in the brewery to expand a bit and that was always the plan: to start small and to keep growing as we can.

So far only the Mitta Pub has us on tap. They also stock our bottled beer. IGA Eskdale is also stocking our full range.

We have had a few more venues approach as well so this list will grow. But I think we will have to keep it fairly local for the time being due to the amount that I can actually produce. 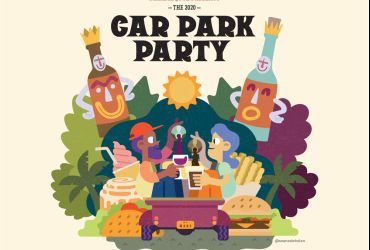