As far as major Australian cities go, Darwin has been one of the slowest to gain a collection of local breweries to call its own. It's hardly surprising, given the Northern Territory’s small population and vast expanse, adding a new set of barriers unique to the Top End for anyone wanting to forge a craft beer scene there.

But, with Beaver Brewing set to open in the coming months, One Mile Brewery expanding and a handful of venues where you can find beers from other Australian independents in the capital, times do seem to be changing.

It was late in 2016 that Six Tanks Brewing joined the brigade of small operators providing a wider choice of beer to the people of Darwin. The brewpub has 26 taps to call its own, which pour both beers brewed on site and a whole swathe of beers from guest breweries.

With local beer set to continue to make its presence felt in the nation’s smallest capital, we catch up with Dane Jones, head brewer and bar manager at Six Tanks.

I’ve been a homebrewer for years [as well as] a beer lover. Working in beer halls in Melbourne and craft beer houses in my home town of Newcastle meant I found a love of all things craft.

I was at the European Beer Café in Melbourne for a few years and then at the Clarendon Hotel in Newcastle.

Getting to put a double bock that I brewed and kegged at home on at the bar I worked at and selling my first schooner of it.

A cheesy cock rock band that only plays in ya mum's garage.

Still small and selling and introducing different independent beers to Darwin. I can also see a canning plant in the near future.

Only on premise at the moment but looking to expand thoughout Darwin and further afield.

You can keep up to date with Six Tanks by checking out their Facebook page here, or by dropping in on them at 4/69 Mitchell Street, Darwin City.

You can check out other Who Brews...? features in the series here and also read more about the beer scene at the Top End in this interview with One Mile Brewery.

Articles by Will
who brews? darwin six tanks nt 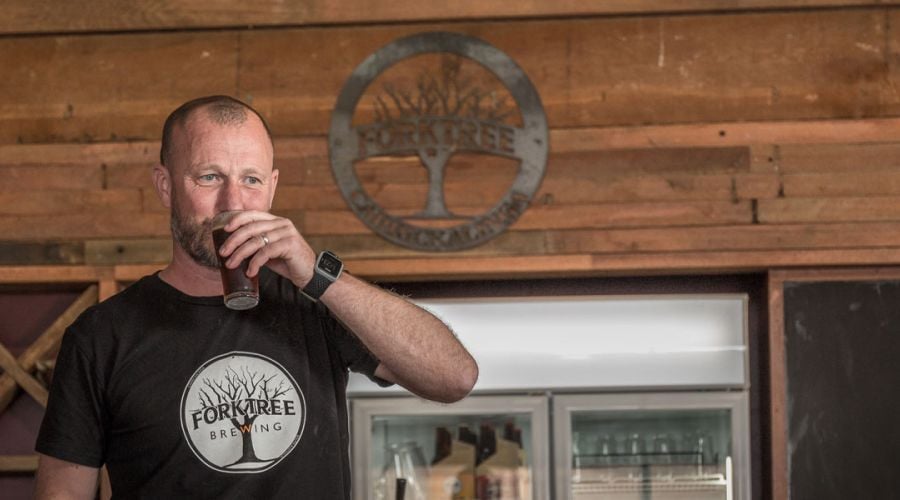