In 1823, after a month lost at sea, a few convicts stumbled upon what is now the Brisbane River: tired, hungry and, most of all, thirsty. A riverside brewery would have been just the thing to lift their spirits, but, alas, they were 200 years too early. As of October 2018, however, people down at the riverside seeking refreshment in the form of life-giving (or, at least, enhancing) beer will be able to find it at Felons Brewing Co.

The brewery is taking shape as part of the Howard Smith Wharves redevelopment on the river beneath the northern end of the Story Bridge. But the phrase "on the river" isn’t just referring to the way it reaches all the way to the water’s edge: the wharf building is literally on the river, built out over the water in the 1930s.

The grand underbelly of the Story Bridge and the shining Brisbane skyline incite awe in anyone visiting the spot, matched only by the impressive natural features of the towering rock cliffs on one side and the two great arms of the river stretching away on the other side.

But enough of the history lesson and real estate blurb. Time to talk brewery...

The 1000 square metre building itself is heritage-listed, meaning Felons has to retain the skeleton and overall shape of the original wharf structure built in 1934. The rustic timber beams will remain exposed, and the wall overlooking the river will be made up of huge windows and doors to let natural light and views of the river dominate. Additional decor will be kept to a minimum to allow the industrial maritime origins to show through, while emphasising the fact you are now in a brewery: only a small fence will separate punters from the brewing tanks.

Overseeing the development of Felons is Ash Cranston, who brings with him a decade of managing and marketing experience at Little Creatures. He also brings 6-foot-4 Tom Champion (his height seems relevant somehow), ready to be unleashed as head brewer. Tom will stand at the helm of a 25hL four-vessel DME brewhouse, tasked with filling the slew of 25hL and 50hL fermenters that were loaded into the brewery mid June.

“At Little Creatures, I was brewing from existing recipes,” Tom says. “I’m having a lot of fun doing recipe development for Felons, playing around with dry-hopping, that sort of thing.”

While the beer recipes are still undergoing final tweaks, the tentative core range will include a mid-strength (“some nice, spicy, earthy notes, from predominantly Enigma, and then a little bit of a Kiwi hop for something different”), a lager (“this one’s challenging to get right… we’re trying to balance the New World, hoppier style of lager with that traditional European lager taste” ), an Australian pale ale (“Galaxy hops, of course”), and an IPA (“I’m getting pretty excited about the IPA now that I’m starting to see the dry hop formula coming through.").

Ultimately, the plan is to distribute their beer locally and interstate, but not for at least six months; their first priority is keeping the beer flowing for the hordes of people they hope to entice to the river's edge.

The brewery itself will have an impressive 1,000 person capacity, including the area spilling out into the beer garden and boardwalk looking out over the river. Felons will also be supplying beer for the other dining venues within the Howard Smith Wharves precinct, for those who want the beer but not the brewery experience (such people exist, apparently). And, thanks to an excellent licensing decision by the precinct, patrons will be allowed to take their beer into the adjoining parklands and party like it's 1823.

There’s been some skepticism surrounding the arrival of big new breweries in Brisbane among the crafty crowd – there has been a rather large number opening in the past couple of years or coming soon, after all. When BrewDog's imminent arrival was announced, for many the response was along the lines of: "We love to see more great beer in our city… but will it hurt the smaller breweries?" And, while Felons won’t be as big, brewing capacity wise, as the Scottish giant rising in Murarrie, some of those same thoughts are beginning to surface.

At the same time, there's the view that a rising tide lifts all boats, that brewing more beer in Brisbane is one of the surest ways to keep pushing good beer into the mainstream and thus expanding the industry. This is particularly true when it’s coupled with collaboration and education and the Felons team has expressed an eagerness to integrate into the Brisbane scene – to work with other breweries to build knowledge around the impressive local products the city has on offer.

“I think the opportunity here is to grow the overall awareness of what’s going on in Brisbane,” says Ash. “Brewsvegas is great, but small; there's no brewery trail; there’s no map of all the breweries.

"We have a bit of experience doing that from our time with Creatures, and we’ve worked on Good Beer Week in Melbourne. We want to work with other Brisbane breweries to bring great beer out from behind closed doors.”

Queensland has the fastest growing beer scene in Australia, and Queensland breweries have made a habit in recent years of collecting awards like your Nanna collects teaspoons. As far as quality goes, Queensland punches well above its weight, and the arrival of breweries like BrewDog and Felons in Brisbane can be viewed as a sign the rest of Australia (and the world) is starting to take notice.

So, while it’s true that Brisbane, like the rest of Australia's busiest craft beer centres, doesn’t just need more breweries brewing more beers to target taps in the same venues and, thus, the same drinkers, that’s not what’s happening here. Felons has a location and capacity with the potential to welcome newcomers to locally brewed, flavoursome beer in the same way Little Creatures did at its water's edge location in Fremantle.

Set to open in October, Felons is quickly transforming from a construction site to a fully operational brewery and a monster of a hospitality venue. It’d be criminal not to get on board.

About the author: Mick Wust writes fun and dumb things about beer at Schoonerversity, and is a freelance copywriter for the beer industry. 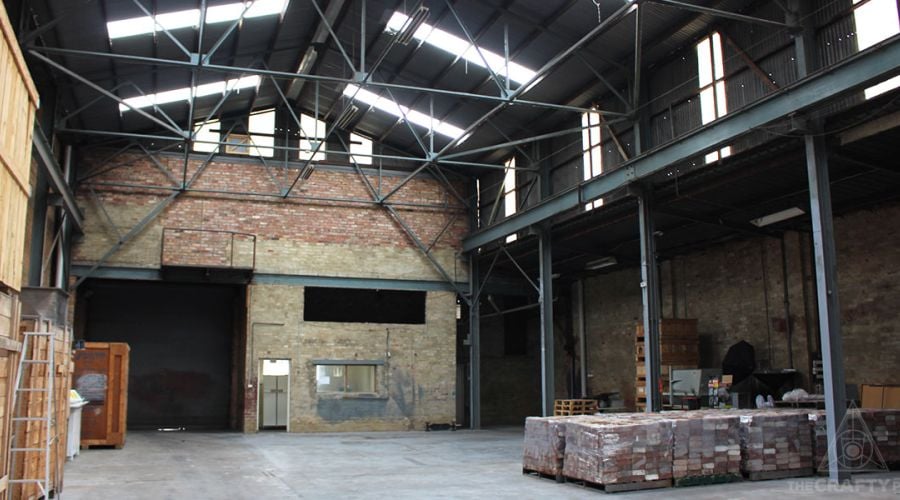 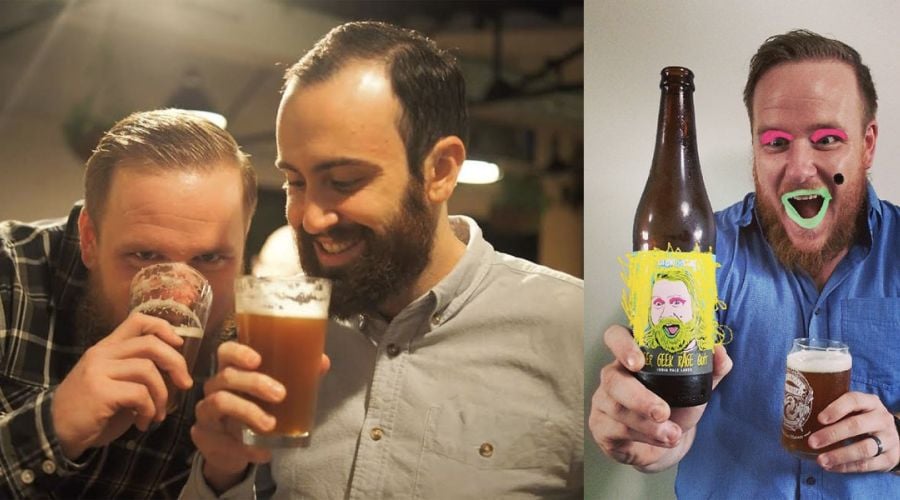 Time to shine a spotlight on another Aussie beer blog: a transglobal double header, no less. Brewed, Crude & Bitter was started by two inhabitants of Brisbane's beer scene but has since spread its wings further afield. read on