The Australian Brewery, the North West Sydney operation launched by the Colosimo family in 2010, has been acquired by the hotel and pub group Redcape. The announcement followed Redcape's purchase of the Vauxhall Inn in Granville.

It was the first small brewery  in the country to put its beers into cans and has won a swag of awards for its beers in recent years as well as exploring a number of overseas markets.

One of the brewery’s founders, Marcello Colosimo, says the family were excited to maintain an interest in the brewery and anticipated the quality of the beer would remain unchanged.

“Our family is very proud of the Australian Hotel and Brewery,” Marcello says. “It has developed into a wonderful community asset that will continue to service the hills district under the guidance and care of Redcape.

“We are excited to maintain an interest in the brewery and anticipate the beer to only improve with the resources and depth of Redcape’s distribution and skillset.

“The team we have built up will continue to innovate and produce great product for all our current customers both in the domestic and international markets."

In a media release, Redcape announced the group would continue to invest in the "craft and localised beer market" and the company's "significant resources" would support the Australian Brewery brand. The statement added the Colosimo family would remain involved with the brewery into the future.

Dan Brady, CEO of Redcape added: "This is a classic local pub that is integral to the social fabric of the community and we intend to ensure this continues. We look forward to being part of the brewery’s ongoing success story and providing support to the team there so that they can continue to grow their creatively authentic craft beer brands." The Australian Hotel & Brewery is entering a new era with the launch of Esker Beer Company. The new name and design was picked to better connect the longstanding brewery with their surrounds in Sydney's outer northwest. read on 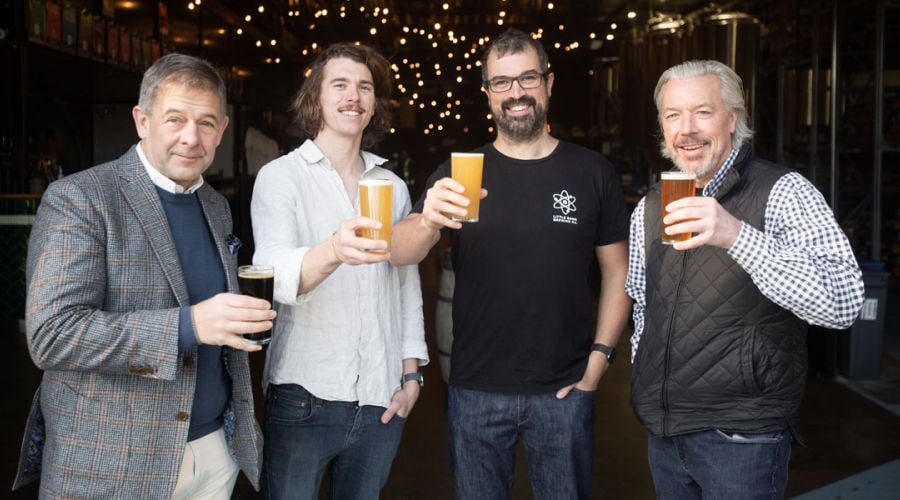 What one of the brewery's founders called "the worst-kept secret in South Australia" is no longer secret. The fast-growing Duxton Pubs Group has bought Little Bang Brewing in a move that sees a highly-rated SA brewer join the Stepney business too. read on