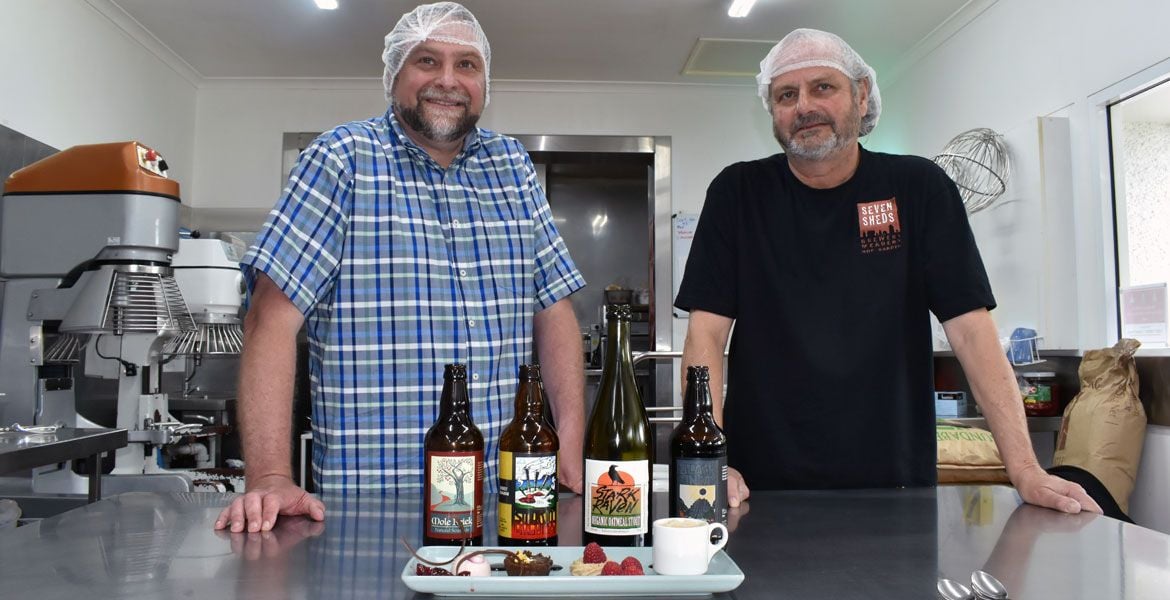 It was a thought that came to me over a delicious lunch in Brussels, one in which beef had been stewed in Tripel: "Why isn't more food cooked in beer?"

It was a thought I let simmer away as I flew all the way back to Tasmania this spring. My home island has, over time, become a destination for gourmands; it’s also a fine place for connoisseurs of beer, and so it seemed feasible to find a way to bring the two together here in Tassie, inventing some beer-based recipes along the way.

Given the origin of my concept, it wasn’t surprising that I sought out a Flemish chef for help.

Igor van Gerwen has been in Tasmania for a few decades now, and has been operating a famous chocolate factory since 1989. House of Anvers is a nearly inevitable stop on any foodie’s tour through Tasmania, and Igor has a reputation as a man who is generous with both his time and his talents.

A logical brewing collaborator was Willie Simpson, whose Seven Sheds brewery is one of the stalwarts of Tasmanian craft beer. Seven Sheds is also in the north-west of Tassie, and Willie and his partner Catherine Stark have been significantly involved in the development of a tasting trail in that corner of the island. And, as it turns out, Willie and Igor used to be neighbours.

“They were digging up the pipes in Railton,” Willie explains with a chuckle, “and a rumour started to get around that we were putting in a line directly from my brewery to Igor’s pool room. I suppose it would have only been about 300 metres...”

Willie and I had been through a bunch of different ideas for beer-based dishes, but when I suggested the beef stew to Igor, he didn’t seem very excited. He could do a stoofvlees, yes, but the only recipe he had was from a Flemish version of a CWA cookbook.

I shrugged; it sounded amazing to me.

But Igor continued. “I’m a pastry chef. Why don’t I do some desserts?”

I was intrigued by this expansion of the culinary possibilities of beer. Don’t get me wrong: there’s a reason why I’m a beer writer, not a food writer. I don’t spend a lot of time hurling beers into my stews; a direct pipeline from a brewery to my house is probably more like my style. But as, belatedly, we have begun to realise that the flavours in beer are uniquely delicious, food-makers are also finding that beer can compliment a variety of dishes.

Besides, craft brewers have had no qualms about throwing every imaginable ingredient into their beers. Not least Willie.

Indeed, this wasn’t the first time Seven Sheds and Anvers have come together. In 2014, Igor approached Willie about brewing with the nibs of a rare and special strain of cacao called Fortunato. (Igor had collected the Fortunato while riding a donkey through Peru, as you do.) The result was Black Inca.

“It was supposed to be a one-off,” Willie murmurs, “but we’re still making it.”

It’s evident that Igor and Willie share a similar passion for traditional, regional foods. Earlier, Igor had been explaining heirloom cacao plants. Belgian-made chocolate, he said, used to taste very different from chocolates made in other countries; each chocolatier had their own source for cacao. The commodity had become more generic over time but, as Igor says: “Chocolate should be like wine. Each area produces its own flavours.”

The ethos for brewing at Seven Sheds is much the same; Willie has long championed modern approaches to traditional styles, rooted in regional techniques and ingredients. He’s generally unimpressed with novelty, and Igor echoes that.

“Chocolate is the same,” he says. “You have to know your basic ingredients very well. If you get that right, then you can play around with it.”

Igor certainly had earned the right to play around, though, and the results he’d come up with using the Seven Sheds beers spoke for themselves. There were four desserts, using four different brews, elegantly arranged on platters with the bottles behind them.

For example, using Willie’s cherry sour, Mole Kriek, he had produced a pale pink cheesecake featuring 200ml of Kriek that had been reduced and added to the cream cheese creation; the dish came served with a coulis of sour cherries simmered in the beer.

The Stark Raven oatmeal stout was turned into a bavarois, a type of mousse, in a blissful recipe that is mostly cream, stout and sugar – a perfect trio of ingredients as far as I’m concerned. And then there’s the flan, which Igor has created from a 7.5 percent ABV peat-smoked ale, the Smokin’ Bagpipes, served on a Speculaas biscuit base.

And, of course, there is an appearance from the original collaboration between Willie and Igor, the Black Inca. It’s simple but effective: tipping a small ball of ice cream into an espresso mug of the cacao dark ale, it makes one of the tastier spiders I’ve had.

We prod and sip our way through the platters. In all but the spider, any booziness or bitterness is a subtle element – although the black squirts that Igor has added to the platters turn out to be reduced Stark Raven, and they are intensely beery. But Igor is satisfied that he has captured essential elements of the Seven Sheds beer, which he knows well.

The flan is particularly pleasing: the remnant flavours of the smoked malt gently melds with the sweet gooey goodness of butter and chocolate.

For me, it’s as much of a pleasure watching the interactions between these two veterans of the Tassie food-and-booze scene. Both started plying their trade in the island’s north-west when high quality produce was very much on the margins; “Just getting a decent coffee was hard,” Igor recalls.

When I ask if he'd ever seen foreseen such an improvement in Tasmanian produce, he suggests that the elements – the ingredients – were always there.

Both Anvers and Seven Sheds have keenly collaborated with vendors and marketeers over time. A number of Seven Sheds beers have sourced ingredients from the fecund farms of the north-west. This isn’t even the first time Willie has had his beer turned into a dessert: the Stark Raven was repurposed as a gelato a while back, which won the gelateria a gong at a food festival.

I’m curious if the collaboration adds something to the creativity of their work. For Igor, it’s more about creating an identity for food tourism in the region, but Willie has another take. The erstwhile beer journalist suggests it’s like getting a brief for an article; for him, the story behind each brew has an influence on the recipe and the end result.

“It has to have a reason,” Willie adds, reiterating his general modus operandi. “It has to connect us to a region.”

Willie and Igor agree that food and beer go well together. This isn’t new for Igor, of course, with his Belgian upbringing informing his approach to beer. But it’s a concept that is still in the early stages of development in Australia.

Visitors to Anvers have a chance to buy a Seven Sheds beer alongside the factory’s other treats, and unsurprisingly the Black Inca collaboration sells very well.

“But I don’t think I can keep up with them all,” the chocolatier tells me when I ask him about Tassie craft beer in general. I tell him to rest assured – neither can I.

You can check out past Beer Food articles here. 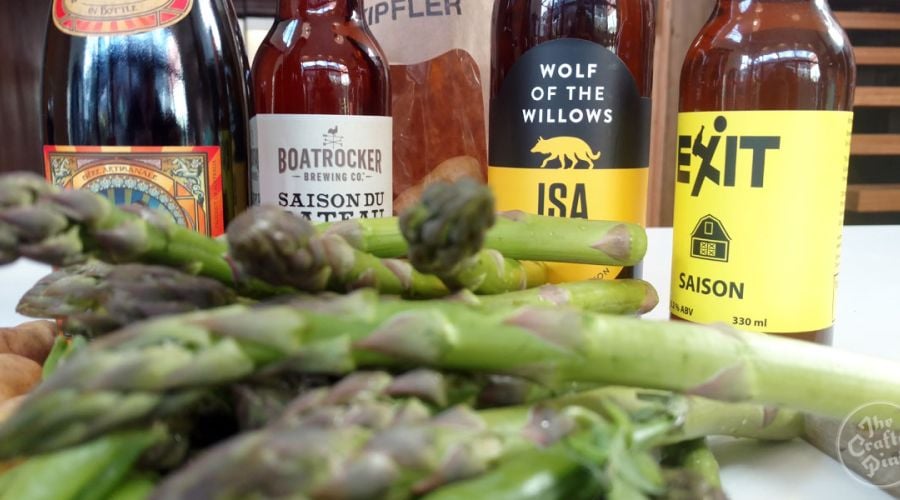