Tasmania might by our smallest state – both in terms of population and geography – but it's also one that's become increasingly flush with breweries. Today, than 20 are spread across an island that's home to just half a million people – and new operations continue to open with regularity too.

By and large, you'll find them in the state's eastern half, most typically in the region around Hobart, a situation Josh and Cora Roberts were keen to resolve when they launched Buttons Brewing in Ulverstone, a town 20-odd kilometres west of Devonport on the north coast.

On a 100-litre brew system, Josh (pictured above right) develops new recipes that – as of late March – visitors can enjoy from one of the brewery's seven taps.

With Buttons now open to the public, we invited Josh to tell us more about their story as part of our ongoing Who Brews? series.

Josh Roberts, brewer and part-owner with my wife, Cora.

We have a prototype 100-litre nano brewery at 32 Short Street, Ulverstone.

For any batches that receive enough positive feedback we contract brew through Morrison Brewery in Invermay.

I started brewing during my Ag Science degree at university to make the cheapest possible beer but, as my knowledge of science and microbiology grew, so did my passion to make better beer.

Our core range consists of the following:

We also have several limited release prototype beers which are exclusive to the cellar door.

There were a couple of beers that inspired me to brew better beer than a Coopers tin. One was Little Creatures Pale Ale, the other was Moo Brew Pilsner – I loved that you could pack more flavour into a beer than I had previously thought.

We started the business after the birth of our first son, Oliver, and realising that life is too short to just dream.

What local beers have been impressing you in recent weeks?

More widely, Modus Operandi are just killing it and every beer they release is just phenomenal.

Haha, it would have to be Luca Brasi! Lovers of punk rock and proud to be from Tassie.

I would like to expand our brewery so as we don’t have to rely on contract brewing for larger batches. When we started we had the goal to provide Tassie north-west coast beer drinkers with a local beer option – if we can achieve that in ten years I will be happy.

Keep up with what the Buttons team is up to by heading to their Facebook page.

Articles by Will
who brews? ulverstone tas 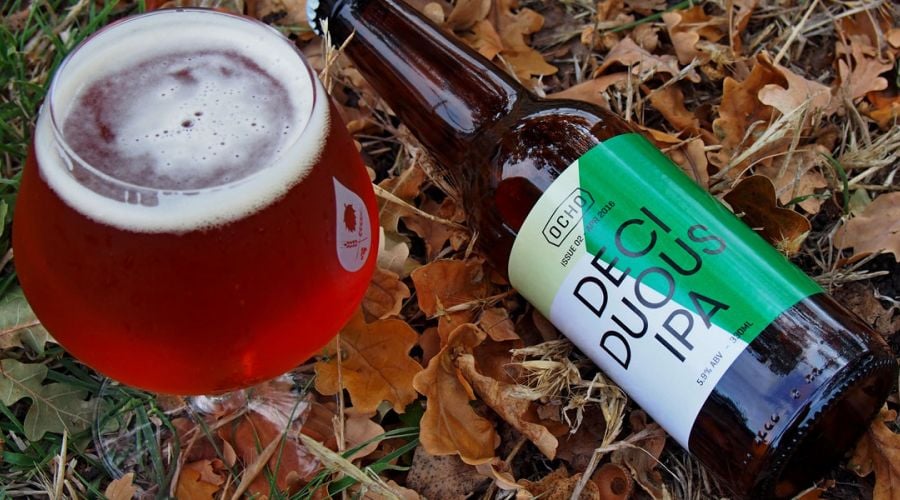 Two Metre Tall isn't the only Tasmanian brewery on a mission to create estate ales creating solely in homegrown ingredients. Van Dieman hopes to capture its farm in a beer soon too. read on