“Come on. Try something new. Where’s your sense of adventure?”

It seems to be a shared trait among people who love good beer to try to win others over. Even when we don’t have a vested interest in it, we relish seeing people broaden their tastes. So we tell someone about a new beer, or a new brewery, or a new style, and we watch them.

And, when they take a sip of something new and their eyes light up at their discovery, we get the sweet taste of satisfaction and triumph. We were their guide, their sherpa, their wise mentor, their Gandalf… and we took them on an adventure they may never have embarked upon otherwise.

James Atkinson is such an adventurer, but on a grander scale. Grander, because he’s made a podcast that doesn’t just guide one person at a time, but reaches thousands. Grander, because he interviews brewers, winemakers and distillers that his listeners might not otherwise get the chance to encounter. And grander, because he explores not only the world of beer, but also the worlds of wine and spirits, and the collaborations and hybrid varieties created between those worlds.

We in the beer world know that beer plays well with other industries, whether it’s spending time in a whisky barrel, co-fermenting with wine grapes, sharing hops and botanicals with gin distillers, fermenting with champagne yeast, or sitting alongside cider at a festival. Yet, despite this history of cross-pollination between categories, and the fact that more collaborations are emerging all the time, these parallel industries are often kept separate.

Many of us don’t have much knowledge across different drinks, and those who do appreciate different kinds of drinks have to pick and choose what they’re talking or learning about at any given time.

Enter Drinks Adventures, which is all about learning and exploring across booze categories.

“Twenty years ago, everyone’s repertoires were way smaller,” James says. “Consumers would drink one or two beers; they’d be a VB drinker, and they might have a Corona or a Crownie when they were splashing out.

“These days, people’s repertoires are getting bigger. And people are much more likely to experiment with trying a gin, or trying something different that isn’t just beer.”

James himself has always had an insatiable desire to try new things, so the podcast was inspired by his own pursuit of knowledge and new experiences.

“Anywhere I travel, I’m always seeking out bars, trying to visit breweries, going and tasting wines,” he says, “so the podcast is partly about adventure from a travel point of view, but also from a learning point of view. Each episode, I try to give a little bit of a picture as to why I’m talking to this person: what particular trend it is that they’re representing, or what makes them interesting.”

At time of writing, Drinks Adventures is halfway through its second season, and has been hovering around the top of the Australian iTunes food podcasts chart, as well as the broader arts category. A quick browse of the reviews gives insight into what many listeners find so interesting about Drinks Adventures – rather than following the well-trodden path of keeping drinks categories isolated from each other, James zooms out and sees the bigger picture, showing the wider world of alcohol as an integrated industry.

An award-winning drinks writer and Certified Cicerone®, James is well suited to to host the podcast. He’s worked as editor of The Shout, a website dedicated to the Australian drinks industry, and as editor of Australian Brews News, during which time he took out the Best Media trophy, an award sponsored by The Crafty Pint at the Australian International Beer Awards.

“I had a great time working on Brews News. I’m genuinely interested in all of the nuts and bolts, the background to everything that’s going on. I’ve kind of written for all the industry publications one way or another.”

While he admits craft beer is his most enjoyed segment of the drinks industry, James is passionate for alcoholic drinks in general, and kept chasing every opportunity he could to write about a variety of drink styles. Most of these publications – including Executive Style, Good Food, Halliday, and a few airline magazines – were aimed at drinkers rather than just industry workers.

Here, James got the chance to excite and intrigue consumers by introducing them to new aspects of the booze industry and, in the process, he gained a taste for exploring topics that interested him. One thing in particular that kept catching his attention was the collaboration between drink categories.

James kept feeling himself drawn to these stories, and so, after a while, he realised the best way to scratch the itch was to start his own project. Since he’d studied broadcast journalism, and had seen that podcast listenership was on the rise, a podcast seemed an obvious way forward, and it didn’t take him long to come up with the concept.

"Consumers these days are much more likely to experiment," he says, "so I thought a podcast that speaks to that adventurous spirit and curiosity would be a good thing.”

James released the first episode of Drinks Adventures in the second half of 2018, and didn’t waste any time taking his listeners on adventures. His first episode delved into new or, at least, rarely visited, territory for many of us with a focus on sake, after which he went on to discuss gin, wine, beer, whisky, and cocktails – all in the space of the next three episodes. By the end of season one he’d also celebrated all things champagne in Australia, and visited the Huon Valley Mid-Winter Festival to experience real cider and the ancient traditions surrounding it.

Listeners discover very quickly that Drinks Adventures isn’t the kind of podcast that takes shape in a studio – although James learned a few lessons about sound quality along the way: “Recording an interview in a brewery where you’ve got a glycol chiller on the other side of the room is not great!”

The podcast is aimed at anyone and everyone who enjoys a good drink. James describes it as a brewer might describe a fine pale ale, or an easy-drinking saison: “I want to make it interesting for everyone. I want to make it as approachable as I can.”

While an industry expert can listen and appreciate the depth it goes into, James has designed Drinks Adventures to be accessible to anyone who wants to go a little further in their drinks journey.

To date, he's found many of his listeners come in because they’re interested in one episode or brand – for instance, the episode on Stone & Wood – but then enjoy James’ interview style, or see other episodes that interest them, and stick around.

“I’ve had feedback from people saying they’ve listened to every episode. And that’s my goal: if I can make sake or champagne interesting to someone who wouldn’t normally drink those products, then I think I’ve done what I set out to do.”

If you’re not yet sold on listening to episodes that aren’t about beer, don’t fret – there’s plenty about beer to keep your interest.

James promises there’ll be more about beer in coming episodes. But don’t limit yourself; after you’ve listened to the more beer-related topics, give a few of the other episodes a go. At the end of the day, Drinks Adventures is all about being willing to learn about and try different drinks, even if you’ve written them off in the past.

“When I hear people say, ‘I only drink Barossa Shiraz’, or ‘I hate saisons’, or ‘I hate gin’ I think, ‘Well, how many gins have you tried? When you had that saison, was it fresh? Was it a good example?’

"I think it’s a big call to say I’m going to write off every drink in that category. Have you tried them all? Of course you haven’t.

“I try and have a very open mind.”

The Drinks Adventures podcast is currently in its second season, with a few more seasons due to be released by the end of 2019. 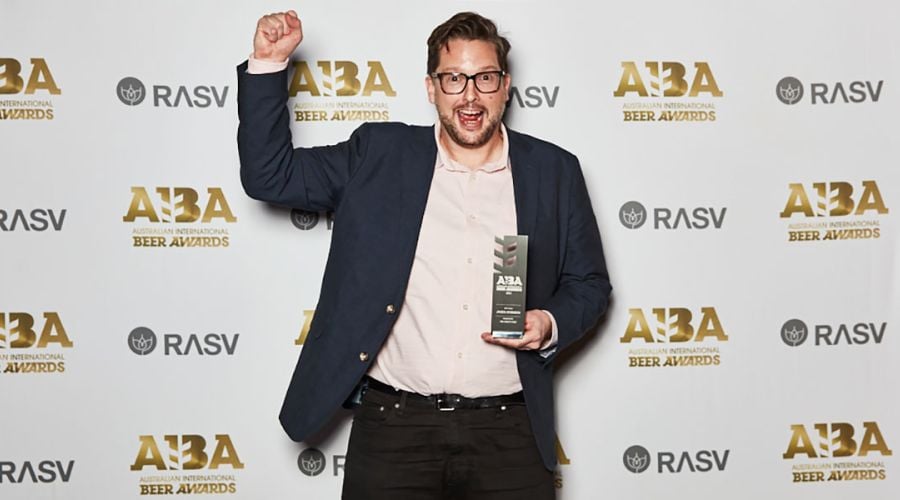