It's the quintessential Australian river town and has an abundance of storied buildings, including the heritage-listed John M Headrick & Co Building. And it's here where you'll find Headricks Lane, the new Rocky establishment that's causing quite a stir within the local beer drinking community.

Headricks Lane Brewing launched in March this year, picked up three bronze medals at the Royal Queensland Food and Wine Show, and haven’t looked back.

For head brewer Alex Taubert – winner of the best homebrewed beer at the 2016 Queensland Amateur Brewing Championships – when the opportunity arose to work with a new brewery in his local community, he couldn’t turn it down.

He's since developed a core range that suits his brewing style and is designed to appeal to a broad church of Rockhampton beer drinkers. And here he is to tell us more as part of our Brew & A series.

Inside Headricks Lane Brewery in Rockhampton.

About ten years ago, I enjoyed Coopers Pale Ale so much that I set myself a goal to teach myself how to make it at home. Since then I’ve been pushing myself to keep learning and constantly improve my brewing; that led to the opportunity to brew at Headricks Lane.

I still juggle brewing with my other career as a geographic systems analyst. I enjoy all aspects of cartography and creating web mapping applications.

Whenever a new brewery or dedicated craft beer bar opens, I make sure to save their coordinates into my ongoing craft beer locations layer file.

Full Metal Anorak by BrewCult; I wish it were still available. It captured that marmalade on toast balance of the biscuity malt and earthy, spicy hops that a quality English style IPA should possess.

I’m really proud of how the Headricks Lane Fitzroy Ale – an American pale ale – has turned out. I’ve been working on that recipe for many years and its popularity at the brewpub is starting to grow, which is encouraging in a market like Rockhampton where beers with a greater intensity of aroma and flavour are usually overlooked.

I brewed a rather disastrous peanut butter chocolate stout that was ruined by using a touch too much lactose.

Samuel Smith's old brewery in Tadcaster, UK: to have the chance to brew on their system, ferment beer in the Yorkshire squares, right through to delivering the finished beers locally by horse and cart would be an amazing experience.

Green Beacon Brewing, from their core range through to their seasonal offerings they make some incredible beers that never disappoint.

They are a credit to the Queensland craft beer scene and their successes at the AIBA awards is a fitting testament to their ongoing quality.

My friends who have worked tirelessly to build their careers in the creative industries and the never-say-die spirit of the Parramatta Eels Rugby League Football Club.

Aether Brewing Hide & Seek Pilsner: if I was stuck on a desert island I'd want a beer that I could drink all day long. It’s got a perfect balance of the delicate malt and hop flavours you'd want in a lighter beer and is an excellent example of the style.

I don't leave home without the complete discography of Ween. No other band has had more beers named after their song titles in the United States craft beer scene than Ween.

They are the best band on the planet and whenever they come to Australia I go to every show they play.

Soda water with a twist of lemon... into which I would be crying tears of sadness into because I couldn't have beer.

...always have a backup hydrometer.

Sign up and study for an industry recognised qualification. You’re not going to earn a PhD for listening to brewing podcasts alone.

Completing the certificate course through the IBD is the best thing I ever did to increase my knowledge of brewery processes and to prepare me for brewing professionally.

Be prepared for long hours and hard work but it’s a lot of fun and a very rewarding industry to get into.

You can find other entries in the long-running Brew & A series here. And you'll find Headricks Lane and hundreds of other good beer venues across Australia by downloading the free Crafty Pint app. 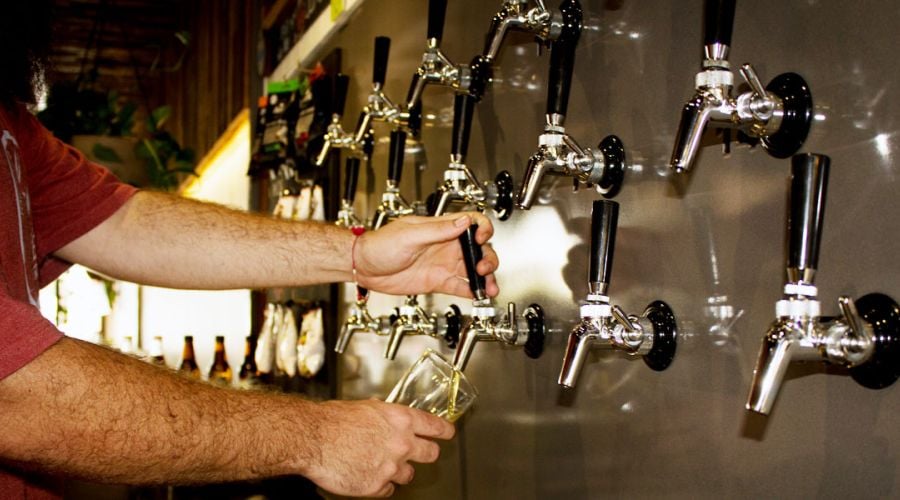