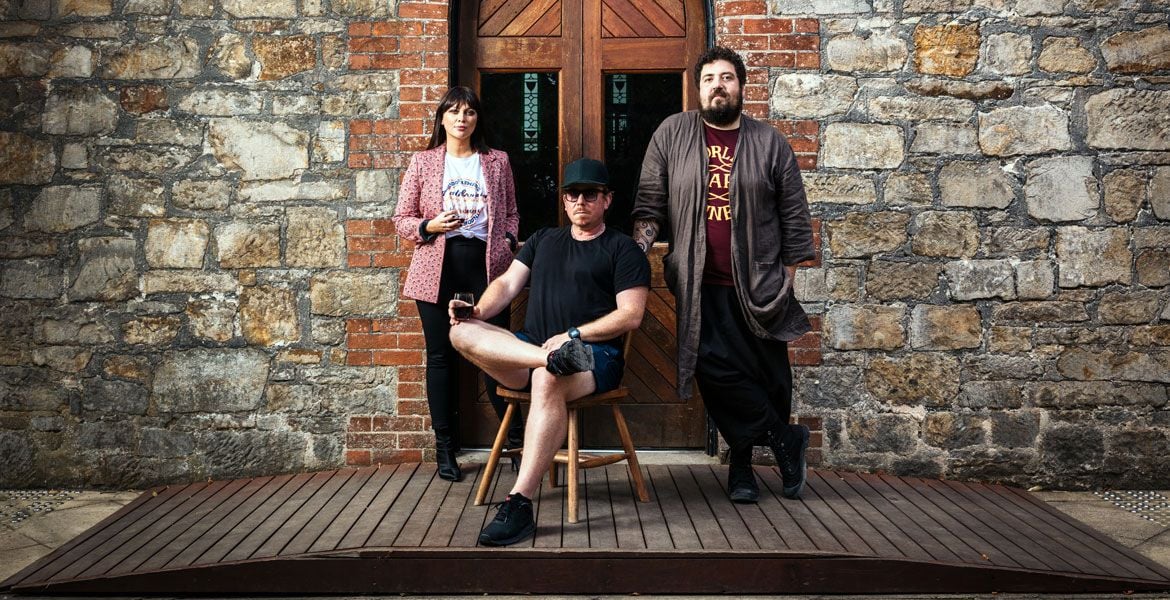 We live in a time of plenty – if not surfeit – when it comes to beer. There are more breweries, beers, beer styles, festivals and opinions than ever before. And we're not exactly short on the awards front either.

When it comes to traditional competitions, as well as the nation's big-hitters – the Australian International Beer Awards and The Indies – there's a clutch of state-based events. Add in public votes, such as the annual Hottest 100 and those at major festivals, plus the fact every edition of Beer & Brewer seems to be an awards special these days, and you could be forgiven for wondering whether there's a need for more.

Certainly, when word of Drink Easy first came our way, that was our gut reaction. But it turns out this one is a rather different beast – in many ways too – and is arguably more suited to the current climate in the wider drinks industry than those that have come before.

For one, it covers not only beer, but also wine, spirits, cider and non-alcoholic drinks, although arguably the biggest distinction is how those drinks will be categorised and assessed.

Drinks writer Mike Bennie ﻿(above centre with his fellow Drink Easy founders) is one of the driving forces behind the awards, and explains the thinking thus: "It's about what people drink at home."

He says the intention is to move away from "technocratic judging" – and instead to see competitions evolve in keeping with the worlds of which they're part.

So, rather than judging to guidelines by style, such as "international lager", "American pale ale" or "British style IPA", drinks will instead be grouped more in accordance with how we approach them when deciding what to drink: "White wines that are light and refreshing", for example; beers that sit within "Dark and/or malt driven", "Ester driven" or "Fruit/hybrid".

And they won't be assessed to fixed metrics such as colour, bitterness or range of aromas either, but as to their personality, their complexity, their drinkability – an evolution of the "complexity versus drinkability matrix" Mike introduced for the first Tinnie Taste Test feature in the Sydney Morning Herald.

The desire – one he shares with fellow founders Duncan Welgemoed, of Africola, and Tamrah Petruzzelli, of Super Assembly, with whom he'd been developing the Drink Easy concept for 18 months before bringing it into the open – also stems from his experiences judging at wine and beer shows for the best part of a decade. He describes being sat at a table and seeing a beer thrown out with a score of zero because it didn't fit the style category it had been entered into.

"People worked tirelessly to produce this but because of bitterness or whatever they have got a beer not being judged," he says, adding that "half my peers don't enter because they hate awards and feel they have no relevance."

At a time where boundaries are being dissolved, not just between beer styles but drinks categories too, it can be tougher for producers to work out where their drinks sit if they're not brewing to style, even with new categories added to beer awards year on year.

What's more, if the intention is to provide consumers – plus those serving end consumers – as well as producers with meaningful information, surely whether a beer is drinkable and enjoyable is of more value than whether it should have been entered as a brown rather than robust porter. It's why we include an "Overall" score when conducting our Getting Blind With Crafty tastings: that way a good beer can be marked up if it's not to style (or a bad one down even if it meets guidelines).

So, while there's no intention to belittle the achievements of those amassing silverware at traditional competitions, the hope is to create a framework in which the people behind some of the most interesting, innovative and left of centre drinks don't feel the need to sit things out – or pile all of their beers into a potentially meaningless "Other" or "Specialty Beer" category.

The new approach will manifest itself in other ways too. Judging panels will feature people Mike regards as "gatekeepers", such as sommeliers, rather than being dominated by primary producers.

"They know what they're doing," he says. "They know what's good. They taste shit tonnes – more than a brewer would; winemakers don't get a chance to taste as broadly."

Judging will also take place by state or region in order that lists of the best beers, wines, spirits, non-alcoholic drinks or ciders of a certain type can be assigned to each. The intention is for the process to be collegiate too: still based around blind tasting but with more round table discussion encouraged.

Everyone who enters will receive constructive feedback, something else Mike feels is often missed in other competitions: "Being able to write what's happening at the judging panel is inherent, so not that fucking hard to do. Even if it's just three of four sentences, it's something."

Thanks to their partnership with Broadsheet, another key difference will be the creation of a permanent, evolving and searchable online resource featuring information on all the top drinks in place of medals. The aim is to provide ongoing benefits for those that enter as well as a resource for people working in the booze industry or drinkers simply keen to discover more good drinks.

And, completing the picture, the intention is to "breathe life into the awards" via events, tastings and other experiences that engage the end consumer.

When it comes specifically to beer, the trio have enlisted one of the best known names in the local beer world, Liam Pereira. Now working for Batch Brewing Company but with a history that takes in running bars and bottleshops, repping, educating, and being Sydney Beer Week's festival director, he's the sort of person that fits the gatekeeper mold to a tee.

"I have known Mike for a long time," Liam says, "so when he approached me with the concept of Drink Easy it was an easy choice to say yes. Our beer industry has grown and developed in leaps and bounds since I first started in this industry. But beer is still sometimes viewed as the lowest common denominator when it comes to Australian drinks as a whole.

"It’s slowly changing but anything that can help raise awareness of the great quality beer being produced, and having that in the same conversation as our wine and spirits, is a win for Australian beer."

In landing upon the categories for brewers, he says the aim was "to find a balance that was inclusive of all beers".

"There are so many great beers that don’t get the accolades in the existing beer awards because they don’t fit into a style guideline," Liam says, admitting he expects reactions to the new approach to be mixed.

"The producers whose beers don’t always fit into the existing styles now have a chance to be rewarded for their hard work and great beers. Those whose beers fare well in traditional beer comps now have more competition, but I hope in the long run they see this as a positive thing.

"Our beer scene is always constantly changing and innovating and Drink Easy is a fair representation of this. We all have the utmost respect for traditional beer awards – I have been stewarding and judging them for a while – Drink Easy just approaches it from a different angle."

A different angle or, as Mike describes his approach to his field of expertise, "wanting to shake shit up" and, while they're at it, "throw 150 years of ag society culture back in its face."

Given the way brewers have been tearing up the rule books – while typically still paying respect to tradition, or at least the good ones – it's easy to see this as a revolution that needed to happen. It's also a venture of serious ambition and scope.

Then again, despite the name they've chosen, creating something good is rarely easy.

Submissions are now open for brewers wanting to enter the first Drink Easy awards. Head here to find out more or enter your beers.

Other key dates are:

﻿Full disclosure: members of The Crafty Pint team may judge the awards.