"You can't grow hops in Queensland."

Given the conditions in which hops are known to thrive, this is the commonly accepted wisdom that, for the past few years, the hop growers at Possum Lane Hop Farm and Hilltop Hops Farm have been working to disprove. In doing so, the growers – based in the Granite Belt and Brisbane respectively – have been on a steep learning curve, one featuring plenty of trial and error, and a lot of collaboration.

Hops are a reasonably hardy plant that will grow almost anywhere, but how well they grow – particularly from a commercial standpoint – varies widely. Ideally, they require long summer days for flowering, and cold winters that allow the plants to have a dormancy phase. Queensland doesn’t have long days, and it doesn’t have much of a winter in most places either, so why try to grow hops here?

Like so many great – or wild – ideas, Possum Lane’s foray into hop growing started over a beer.

Rick Humphries, a local at the Brass Monkey Brew House in Servenlea, got talking to owner and brewer Ernie Butler about the hops Ernie was growing out back. Rick, a farmer whose primary crop was parsley, had some space on his land and they came up with a plan: if Rick could grow the hops, Ernie would use them in his beer.

At the time, Possum Lane was the only commercial hop yard in Queensland, so he looked south of the border for help. While he found some hop growers protective of their knowledge and possibly concerned about loss of their IP, he found an ally in Brad Merritt of Yellingbo Brewing Company & Hop Farm, based in the hills east of Melbourne, who proved to be an invaluable resource, sharing lessons learned and giving advice. The first season was successful enough that Rick was able to provide hops to the Brass Monkey for their Italian Pilsner.

Trying that first beer with his hops was, he says, “very exciting. There were a lot of smiles all around.”

Two years later, Andrew Carson and Steve Mitchell joined the fray. Fans of craft beer and with many homebrewing mates, they decided to grow hops as their way of getting involved in the scene. After initially growing a single bine in his front yard, Steve got Andrew on board, they turned to family with acreage in the Brisbane suburb of Hemmant and asked if they could rent a small piece of their land to grow hops.

For their first growing season they started with 30 plants covering six varieties, with all rhizomes purchased from Victoria. They quickly learned how easy hops are to propagate, either from the rhizomes of existing plants or from a length of bine with nodes on it.

“After we planted [the rhizomes we bought] we realised we could have just bought one plant of each,” Andrew says.

The short days have been an issue for both farms. Here, they looked to Florida, which has a similar climate and day length to Queensland and where hops are being grown by some farmers as well as for research by the University of Florida. There, the use of LED UV lighting to artificially extend the day has been on trial for some time. Rick and Andrew visited some of the farms in Florida on a joint research trip to the US last year and after seeing what was being done both decided to implement lighting on their farms for the 2019/20 season.

Their respective locations have presented their own unique challenges, including elevation, rainfall and winter temperatures. For Possum Lane, this season has been particularly tough as the Granite Belt suffered through a record drought as well as record high temperatures and periods of hot, dry winds. Water was so scarce the parsley crop couldn’t be planted, and they had to buy water to be able to finish the hop growing season. While the odds were stacked against them, they still managed to harvest a modest crop of small cones, although some varieties, such as Saaz, failed to produce any crop.

In Brisbane, the lack of cold in winter poses a challenge to the dormancy phase of the plants; one US stone fruit researcher told Andrew during their research trip there’s a risk that not getting cold enough may eventually “scramble” the plants, a phenomenon that’s been seen in stone fruit.

This season was bright for Hilltop Hops, however, with results better than expected – so much so that during the first pick they had to advertise for more customers once they realised their yields were higher than anticipated.

"There should be a good number of fresh hop ales being enjoyed this season from Bundaberg to Ballina," Andrew says, with the likes of Hub Brewing, Sea Legs, Felons and Archer Brewing using his hops.

Last season, Hilltop hops were used in Archer’s Queensland Pale Ale (QPA), brewed with all Queensland grown and sourced ingredients. They had already been brewing with Queensland yeast, malt and water, so when the opportunity to brew with locally grown hops came along they jumped at the chance.

Head brewer Gavin Croft says: “The beer turned out great with a soft melon and citrus character from the hops, although we would have loved a stronger impact.”

This season, using learnings from past years, Hilltop were able to supply Archer with an order five times larger and, while the QPA was still in tank at time of writing, Gavin says they can already see “a more impressive flavour than last year, firstly because we used more hops, but also because their second year plants had a much higher concentration of lupulin.”

Among the benefits to Queensland brewers of locally-grown hops are the chance to get their hands on the freshest hops possible, something Gavin describes as a “spiritual experience for a brewer”.

He adds: “Our ability to relay the story to our customers through photos, videos, conversation, and the beer itself reinforces the idea that beer is an agricultural food product to be celebrated, and not simply a commodity to be traded on price.”

For farms like Hilltop, having breweries like Archer join them for harvest alongside eager volunteers helps manage the load of the manually intensive process of hand-picking cones from 500 plants.

Looking ahead, climate change and extreme weather cycles are a growing concern for all farmers, not just those working with hops.

“I think there’s a growing acceptance [among farmers] that climate change is real and is likely to happen, which is a big change,” Rick says.

Warmer climates can bring a higher insect load, which has presented a problem for both Queensland hop farms with some plants completely wiped out in previous seasons by two-spotted mites and .other pests. In the Granite Belt, the drought has turned Rick into an unintended pioneer, taking on “involuntary research” into just how little water hops can survive on and learning which varieties will grow in such challenging conditions.

Everything they learn at both Possum Lane and Hilltop Hops they share with one another, and with other interested hop growers online. That collaboration and sharing is invaluable and, while they’re nominally competitors, they’ve become good friends united by the same mission: to prove you can grow hops in Queensland.

You can keep tabs with Queensland's hop growers here: Hilltop Hops Farm and Possum Lane. And you can view other entries in The Collaborators series here.

And if you're reading this in time, skedaddle to The Scratch in Milton where a bunch of beers brewed with Hilltop Hops' fresh harvest hops are being tapped from 4pm on February 28! 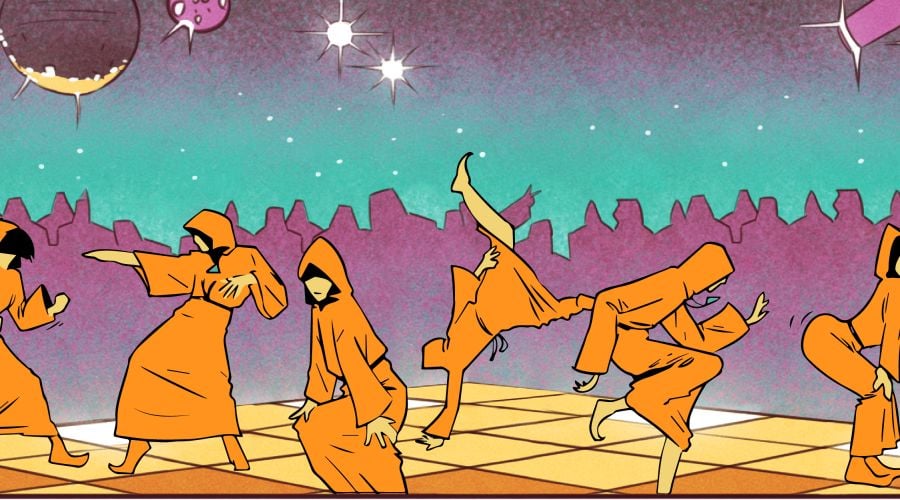