If you have ever purchased a bottle of fine Belgian beer from your local bottleshop or enjoyed a glass of the latest Brouwerij De Molen on tap, chances are it started its Australian journey in a shed in Newcastle.

Jason and Anita Pugh are the couple behind International Beer Collector: importers of hand-picked, small artisanal, hard to find Belgian beers which are sold across Australia in bars and bottleshops.

As I write, there's a container aboard a ship on the high seas filled with more than 700 cartons of some of the greatest and most obscure Belgian ales you'll find on the planet. It is heading to Australia and you can blame Fuller's Golden Pride for the journey.

It was Fuller's take on a Belgian Abbey beer that put Anita on the path to bringing beer into Australia with husband Jason after she fell in love with this "Cognac of Beers", which was brewed at Christmas as a gift from Fuller's to the landlords of their pubs. Over the next ten years, the couple would visit Belgium in their quest to find the best beers the London shops did not stock.

They were living in Bow, in East London, in an old Bryant & May matches factory that had been converted into luxury apartments (which, coincidently enough, was where this writer’s nan used to work back in the 1930s and 40s).

“We were bringing beers back and having tasting nights at ours, lining up our purchases and getting our London friends to taste them all,” Anita says. "It was always a successful and somewhat tipsy affair."

Whenever it was viable, Jason and Anita would jump in their Ford Mondeo and head across The Channel and into Belgium, where they would meet as many brewers as they could squeeze into one weekend, tasting their wares along the way.

“We’d go to obscure places where there were two teenage girls serving these amazing beers with no commercial setup and we’d roll out and go, ‘Right, where are we going tomorrow?’,” she recalls.

There was one venue they tried to get into four times without success.

“There was this haystack shed, and several times we tried to go there, but they were never there," Jason says. "Then we found out they were up in the loft.

"You had to pull down this ladder and there was music and a chef up there and they were doing all these great beer appreciation dinners in Dutch."

The third time they went, Anita was heavily pregnant and the proprietor asked her what her favourite style was, with Anita replying she enjoyed dark beers.

The pair speak warmly of the hospitality they received from their European hosts and how they have always been made to feel part of the brewing family throughout their travels across the Belgium countryside. So much so, in fact, that as their young family grew they too were welcomed with open arms by the farmers, brewers and their families.

“We have sat with them all and drank their beers and listened to why they started the brewery, why they named their beers," Jason says, "and you find it tastes so much better as you are tasting the history of every beer the bloke has brewed – you learn the story.

“They pretty much are a bloke and his mates, or a bloke and his wife, and they are little enterprises, which is why they are not commercial and which is why we have such a struggle when we put a container together trying to get six or eight of them to do the same thing on the same day,” he adds with a laugh.

Anita says it's not uncommon for brewers to disappear on holiday or cease brewing a particular beer you like, making a regular supply chain an impossibility.

“You might only ever see a beer once, ever,” she says.

In London, Jason was running a tax accountancy business, often out of The Cask in Pimlico – one of the first pubs to stop selling commercial beers and putting craft beer onto its eight hand pulls and three taps.

He says that, more often than not, it was just him in there and the guys that started the business. So, naturally, they got chatting and Jason told them about his trips to Belgium and the fact that one day they would be looking to return to Australia and wanted to take Belgian ales back with them. They in turn told Jason about their own network of mates and who they should go and speak to in order to turn their plans into reality.

The couple believed they could do it as a hobby and thought if they could sell Belgian beer in Australia and “make money while drinking good beer, that’s kind of cool.”

That said, Anita admits it was really selfishness to begin with.

“We were bringing home a full container, as we had been living in England for ten years," she says. "So, we brought over 3,000-odd bottles to see how it travelled.”

To get those bottles across the planet, the pair took their baby daughter on one last swansong through the Belgian flatlands to visit their favourite brewers.

“At one stage, the beer was all wrapped in baby clothes and the baby was in the middle with beer all up and around her and Jason said to me, 'Are you sure it’s not going to fall on her?’ It was stacked.

"We literally packed every space in the container with this beer.”

Back in Newcastle, Luke Tilse of Tilse’s Cider and The Happy Wombat was one of the first to taste the beers once the container arrived, telling the couple: “This beer is bloody great, I want to sell it.”

Jason told Luke he only had a certain number of cartons left, and was met with the response: “I’m gonna put a fridge in the bar and I’m gonna sell it.”

So, encouraged by Luke's persistence, Jason got a licence. Luke then told his mate and legend of the Newy beer scene Corey Crooks, who was soon hosting special Belgian Beer nights where both he and Jason educated punters on the different styles.

It’s the stories that sell, Jason says; when you talk about the brewer and everything around why that glass is made the way it is and why the beer is named such and such, people are totally "in" before they have even tasted a single drop.

Anita points to the wives and girlfriends they've brought into the fold over the years: “I have my Chick Conversion Beer, which is Tripel Karmeleit, because it’s got a beautiful chalice glass and it’s a really amazing beer.

“You need to go straight into the good stuff: good flavour, colour, a beautiful glass and just smack them with something that is completely different. Then when they go, ‘Oh that’s really nice,’ we can now start exploring.”

Jason believes Belgian and Dutch beers are under-represented in the Australian beer market, with very few Aussie brewers producing such beers – less as a percentage of all beers today than even five or ten years ago.

“Which is somewhat ironic as the classic Belgians are what many people remember when they first started into craft beer, or started their interest in brewing,” he says.

He admits they can be a hard sell, citing the number of times he's been told by bar and bottleshop owners: “Belgian beers are done, we just want American IPAs.”

There are, however, enough traditionalists ordering such classics to keep them busy. And the couple can see the changing landscape represented in recent releases from some heritage brands, such as Verhaeghe’s Duchesse with the addition of cherries and chocolate or Duvel's Tripel Hop variants.

“It’s a real nod to the realisation that they need to keep evolving to stay relevant,” Jason says.

So, when you next enjoy a glass of Belgian goodness, take the time to appreciate the journey it might have taken, and imagine the hot summers careering around the fields of Europe – cartons packed like sardines around young children – that kick-started a dream that became an Australian reality.

For more on the International Beer Collector, head to their website. 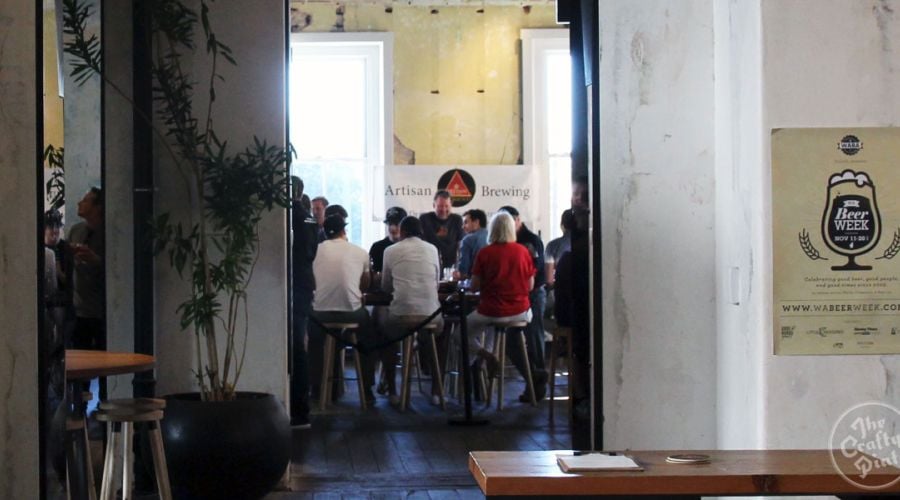