When Al and Cass Tippett embarked on their hop growing journey in late 2019 neither of them had ever laid eyes on a hop plant, let alone taken a stroll through a hop farm.

“The first hop yard I walked through was our own — I guess it was a bit of a punt,” Al says with a smile.

It was a well-informed punt nonetheless; Al's a University of Melbourne-educated agronomist with close to two decades of practical experience and a fifth-generation farmer. As an agronomist, Al was impressed by the hop bine and how it grows and he and Cass launched AC Hops on their farm in Dean, near Ballarat, giving the new venture the creative name based on their first names.

Even though his family has worked the land in the Ballarat district for more than 150 years, a few eyebrows were still raised when he mentioned growing hops. Traditionally the region's been known for the likes of potatoes, sheep, cattle, canola and some of beers other crops in barley and wheat.

Al says he knew the soil and climate on his 40-hectare property was right for growing hops, even though nobody else in the district had ventured down that path.

“We wouldn’t have gone this hard otherwise,” he says.

“And we could see the growth trajectory of the craft beer industry wasn’t slowing down.”

The ‘buy local’ movement also fuelled their enthusiasm and they felt brewers would be receptive to buying hops from a close supplier and adding another local layer to their story. Al says he looked into the Victorian craft beer industry in 2019 and found there were 52 craft breweries within an 80-kilometre radius of his farm gate. Today there are even more.

“What we are trying to do is promote the place of origin and give craft brewers a chance to buy locally-grown hops,” Al says.

“Last year most of the brewers we had orders from came to the farm to pick up their hops — we even had some get involved in the harvest.”

The breweries involved in AC Hops first two harvests included Melbourne's Tallboy & Moose, The Mill Brewery and Westside Ale Works as well as regional breweries like Bells Beach Brewing and Bank House Brewing; which are also based in Dean.

Several of these breweries and others were consulted prior to the initial planting and asked what they would be looking for in locally-produced hops. That led Al to settle on five hop varieties — Cascade, Chinook, Hersbrucker, Willamette and Red Earth.

The initial plan was to plant a row of 100 hop plants but that very quickly became 700, with a further 900 plants - focusing on Centennial and Perle varieties - were added last year.  While they only have 1.2 hectares (3 acres) of hop trellising at the moment, Al says the plan is to multiply that tenfold and eventually get to 12 hectares.

They've been making a considerable investment in infrastructure and equipment too including trellising, a specialised hop harvester, cool room, hop drier and a recently-purchased pelletiser. AC Hops received funding from the Victorian government’s ‘Small-scale and Craft Program’ to help it expand production and invest in new equipment.

“It was a significant investment in the first year and we doubled down on that in the second — we don’t do anything in half measures,” Al says.

In 2020 and 2021 AC Hops supplied wet and dry hop cones to brewers but will soon be pelletising when the Buskirk Engineering pelletiser arrives from the US. Ideally, it would have been here before the most recent harvest but its transport has been impacted by COVID-19.

“The pelletiser will open up more markets for us as there are a number of breweries that are very interested in taking our hops once we have pellets,” Al says.

Al says next on their agenda is the hope they can source their own hop variety to sell under an exclusive licence but what they're particularly excited about is working closely with small brewers and supplying them a quality product.

“We love the craft beer industry and the creativity of the brewers," Al says. "It’s a lot of fun dealing with them and our intent is to grow the business and supply craft breweries with the best quality hops for many years to come.” 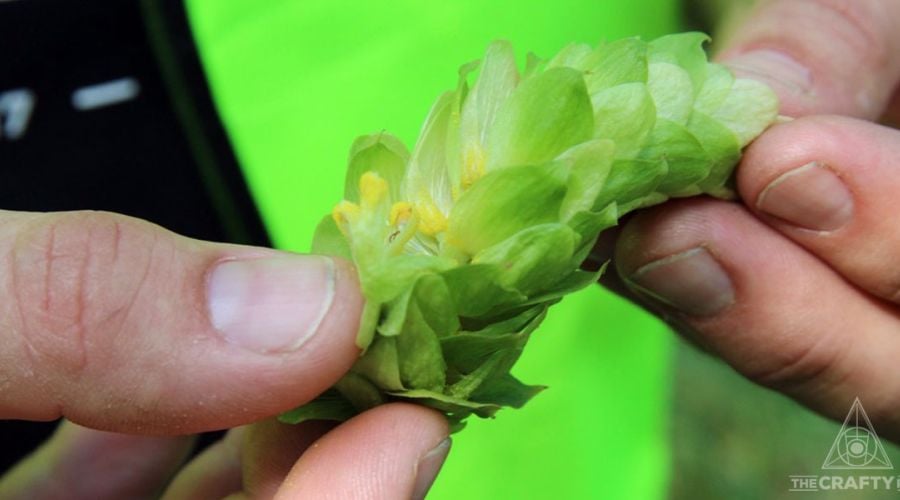