As the weather heats up and park beers and picnics return as a safe way to gather responsibly, we'll undoubtedly see similar scenes across Sydney and Melbourne to those that hit the latter city last year: recycling bins in parks absolutely full to the brim with tins, UberEats bags, pizza boxes and PakTech can holders.

The plastic can holders from the US manufacturer can be recycled, but often they end up in landfill or contaminated with other waste and thus unable to be reused in a meaningful way. It's a challenge that led Bright brewery to install collection tubs in retailers earlier in the year so the High Country brewery could help ensure they went to the right place. Last week, Endeavour Drinks Group launched its own version of the program, placing recycling units in select Dan Murphy's and BWS stores on the East Coast.

Now a locally-designed packaging option looks set to give brewers another option, with The Grifter Brewing Co recently unveiling the KlippaKan. The cardboard beer clips have been developed in partnership with Sydney-based Johnston Packaging, who have been providing packaging solutions for beverage makers for decades.

“We saw a real position in the market or a gap for cardboard clips to go on the cans,” Johnston Packaging director Rodney Johnston says, adding that cardboard has a long life in the recycling industry compared with plastic.

“Cardboard does recycle several times through the process, whereas with plastics there’s a real limit."

Grifter co-founder Matt King says the switch allows the Marrickville brewery to drastically improve their environmental footprint and, with the KlippaKans being made in Sydney, it cuts out a significant amount of plastic they'd otherwise be importing and responsible for each year.

“It’s just good to be able to make it all here and it all stay here rather than having to bring stuff in,” he says.

“It’s just the footprint of them as well; the amount of material we’re using to hold the cans is far less than what we were using. It’s something like five tonnes of plastic we’re going to save compared with what we’d have to import into the country every year.”

Matt says they've been looking for other options when it comes to packaging since about 2018 and have been working with Johnston for the last year, with the connection coming about after he ran into Jesse Kennedy, co-founder of Marrickville’s Poor Toms Distillery, at a local café.

“[Jesse] said he’d found these new holders that we might be interested in and should check out," Matt says. "So he quickly ran back to the distillery and came over to the office and showed us these four-pack holders that were a prototype. But it was a prototype for smaller cans and pretty green at that stage.”

On seeing the early model, Matt and the rest of the brewery team were keen but had a number of boxes the solution needed to tick first. Above all else, they wanted to ensure the product was more sustainable than plastic and easy to recycle, yet they also needed to be durable, easy to apply on canning day, and not take up any more space in the brewery.

“We really struggle with floor space at our brewery, and I imagine that’s a common thing for others," Matt says. "So the footprint of it had to be pretty small.

“Another big question was always how are we going to be able to apply these? And you’re going to need to know that pretty early.”

Mark Spencer, sales manager at Johnston, says that although they had an early design when they met with Matt and Grifter co-founder Glenn Wignall, they wanted to ensure it was tailored to the brewery's requirements.

"At the start of the project, the only way we had to apply it was through a hand press,” Mark says. “But through our involvement with [Grifter], we then worked with a local engineer to develop the clip applier to something that can now be integrated between the canning line and the case packer at the end.”

Matt says the automatic applicator also has the benefit of being scalable, so if they do need a new canning machine, they won't face a bottleneck. And, while it’s lower down the list compared to the environmental benefit, the KlippaKans are also printed with Grifter's own branding, thus providing a chance to stand out in crowded fridges.

Grifter opted for a black base for their core range beers while limited releases will be a little more colourful and, although he might be biased, Matt feels they stand out.

“We’ve done test runs over the last 12 months, so I have randomly walked into bottleshops and seen the test batches on the shelf,” he says. "I have a different association with them but it really jumped out to me as something different on the shelf.”

Mark says the ability to let breweries put their own branding on the clips, while also not taking away from can itself, was always a big priority for the Johnston team.

“We obviously study what’s in the fridge and the full wrap-around can hide the can,” he says. “Craft brewers have flair in their design, and their design can be quite unique and quirky, and this lets you show the complete can.”

Mark says they’ve already had interest from elsewhere since Grifter unveiled theirs too.

“It’s been about a week since they posted on social media and we’re fielding quite a few enquiries and there’s a general interest there,” he says.

And while the Grifter team is happy to have helped get to this point, he doesn't see any benefit in staying first for long.

“I genuinely do hope other people jump on it,” he says.

You can find other articles in our Going Green series here. 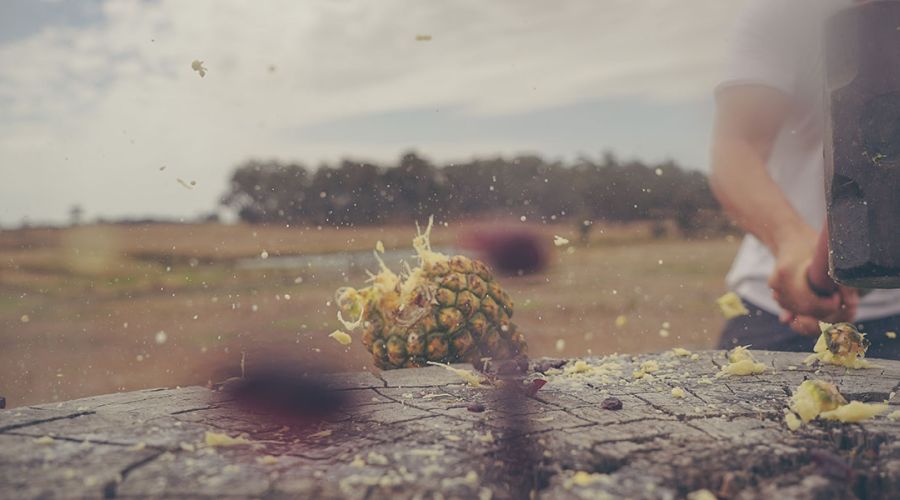