The results of the first Australian Beer Industry Diversity Survey have been released today and they don't paint a pretty picture. The responses to the survey by Beer Agents For Change suggest there is much work to be done to create a genuinely diverse, safe and inclusive local industry.

The results also highlighted a lack of diversity in beer, both in terms of ethnic diversity as a whole and gender diversity within senior roles. Three-quarters of respondents believe there is not a good level of representation of all communities and walks of life in senior roles in the beer industry; such roles are still seen to be the preserve of 40-plus white males – the phrase "The Boy's Club" featured 32 times in responses.

The survey was launched in July by the Beer Agents For Change (BAFC), a collective of females with more than six decades of experience in a wide range of roles in beer, who formed the group in May. And, while the number of respondents taking part in the inaugural survey is relatively small – more than 220 took part, of which just over half were male – the findings add weight to anecdotal evidence around discrimination and diversity.

Upon releasing their findings, the founders of BAFC told The Crafty Pint they found the data "confronting", albeit  not surprising. But they also said they were "excited about what this means for the industry", expecting the survey results to act as a line in the sand from which they can help create change.

The Beer Agents also said the results highlighted how the issue of discrimination is much wider than gender, and how any push for change needs to include other forms such as discrimination on grounds of race or sexuality.

Today also saw the founders of BAFC reveal their identities. Initially, they chose to remain anonymous as they weren't certain what direction the fledgling collective would take, whether people would reach out to them, and also over concerns people might be targeted if they did. But now they have a clearer idea around their goals and how they plan to move towards them, they believe it's "more powerful to identify ourselves, taking accountability as well".

Jayne told The Crafty Pint the survey results made it "undeniable" there were issues that needed addressing, pointing out that even within a sample size of 220, it meant close to 100 respondents had experienced some form of abuse or harassment.

"Even that number is something that's ridiculous and terrifying to me," she says. "The survey has shown the reality of what's going on.

"Hopefully for the people who took part in the survey and don't think there's an issue, these results might give them some cause to pause and reflect."

Jayne and her BAFC colleagues decided to take action during Good Beer Week in May, following the events sparked by Brienne Allan's callout for stories of harassment on Instagram, the treatment of Brittany Higgins, and the wider #metoo movement. Jayne, Tif and Jessie were all involved in The Crafty Pint's articles on sexual assault, abuse and harassment in the local craft beer industry earlier this year too.

Despite the shocking nature of many of the stories, Jayne says they've been "astonished" at how little discussion or progress has been made since, at least on a business and organisational level; they have also expressed disappointment at how few respondents to the survey matched the demographic profile of a typical brewery owner.

However, Jayne hopes the survey – set to be conducted every year – will spark greater discussion and raise awareness. It's also set to pave the way for a number of other initiatives from the BAFC, such as a pledge for diversity and inclusion, promoting allyship, and the creation of resources and workshops to help businesses improve their policies and processes, including guidance for businesses on how to create an Acknowledgement of Country.

"I had such a visceral reaction to the information that was coming out [earlier in the year] and was finding it so hard to process that so much was taking place," Jayne says. "I'm a person of action so I had to turn that emotion into something positive – let's just start something and keep pushing forward to improve things."

For all the progress they've made to this point, the five founders admit they're still learning, that they don't have all the answers, with Jayne saying they've been working to look beyond their own biases over the past six months too. As such, they're keen to continue pushing for "courageous conversations" to find out how they can best help people and make a difference to the wider industry.

"Even if this just encourages a handful of businesses to have a conversation with their staff about whether they've experienced this, or asking them if they're doing things right," Jayne says, "if that's what happens, it will be a success. Working out ways for us all to be better, and to have a diverse and inclusive industry."

She added: "One of the most heartening things [to come from the survey] was the positive response from people saying, 'Thanks so much for giving us a voice and letting us be heard.'

"The overwhelming feeling throughout all of this is hopefulness. These are the right conversations to be having and this is the right time to be having them. People are more willing to listen. Now is the time to get on board.

"It's an opportunity to acknowledge things weren't always great in the past and we can choose to be better."

You can read the full media release announcing the survey results here and view an infographic highlighting the key findings here.

If any organisations are interested in supporting the Beer Agents For Change, they'd love to hear from you at beeragentsforchange@gmail.com.au. You can also follow them on Instagram. In the wake of allegations and articles documenting sexual assault, abuse and harassment in the beer world, work is ongoing to make positive, lasting change in the local beer and hospitality communities. We spoke to those driving it. read on 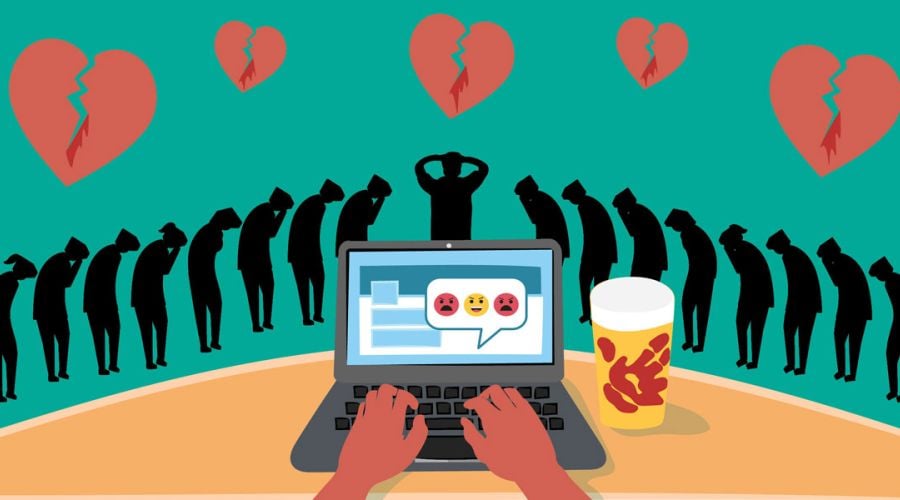 A homophobic meme posted on Facebook by an Australian brewery has brought into sharp focus the impact such actions can have on the wider community. read on