Even in an era when the need to create unlimited limiteds and maintain rapid-fire release schedules has devoured most Aussie brewers, Deeds still manage to stand out for the volume and diversity of beers leaving their Glen Iris home (and that's without taking into account the taproom only releases). For all that, however, they're clearly a patient bunch too.

The founders' journey from university students interested in entering the booze industry to having a brewery of their own took far longer than anyone would have predicted, or indeed wanted, with Pat Alé and Dave Milstein moving from importers and distributors to opening Deeds' venue to the public at a pace that would have a glacier looking on with envy.

It was less a case of jumping through hoops than surviving a trapeze made of council red tape before they first fired up their brewery in the first half of 2019, then opened their taproom two years later, only to have to close up again for most of the year as Melbourne went into another series of lockdowns.

But now their stylish taproom is open again and looking forward to a bumper summer (touch wood), the brewing team is preparing to release a series of beers somewhat different to everything they're put out before – beers that have also required plenty of patience.

The first three beers in their mixed culture series are available from this week, and are the first to appear in bottles rather than cans for some time. Leading the charge is senior brewery Ned Bowring (above right with Deeds head brewer Justin Corbitt), who fell for the art of making beer with barrels while at Boatrocker Brewers & Distillers.

“That really piqued my interest and I felt like I really needed to learn a lot more about it in order to be part of those conversations there,” he says.

“I’ve been a homebrewer for a long time but I just really started to focus all of my homebrewing outside of work to mixed culture, saison and fruit fermentation – and that continued on during my time at Hawkers.”

Since starting at Deeds, Ned has been eager to put his passion for such beers to the test; he's not only been steering the beers but also using a culture he developed at home.

“When I first started playing around with this at home I had lots of different fermentations with different cultures," he told The Crafty Pint. "Some of them worked out better than others, some were too sour, and some weren’t sour enough.

"Some I just didn’t like the Brett culture, but I ended up coming to this one that I had used over multiple generations and really liked the character of it."

Central to its appeal is its ability to help create interesting beers over both a short and long period of ageing. He also figured using something he knows inside and out would help them deliver a high standard from the first round of releases.

The initial trio features a bière de coupage (Iterations), which is a blend of their heavily-hopped young Petite Saison and mature oak-aged beer, alongside Decadence and Spectral Bodies – sibling beers made with 400 kilograms of boysenberries. Although this trio has been some time in the making, there's plenty more on the way: there are nine others already conditioning in bottles, while the barrel program itself includes around a dozen puncheons, close to 20 barriques and hogshead barrels, six tanks for fruiting, another for blending and an open fermenter.

“While people will be receiving them, we’re already working on stuff that will be released in two more years and it kind of warps it all a little bit," Ned says.

“It’s a long game. With IPAs and lagers you can make changes and see it over a period of weeks or months, but with these beers you’ll make these changes and you might not see it for at least a year.”

It might be a long game, but Ned says their approach to making mixed culture beers is the same way they approach a hazy IPA trialling a new ingredient or process, or when working on a lager steeped in tradition.

“Every day is a school day and constant learning and improvement is an approach we take with all our brewing," he says. "The way we see it is the road to becoming a master of your art or craft is a lifelong endeavour and you’ll never be 100 percent satisfied that this beer is perfect. That’s what drives you.”

As the first mixed culture beers make their way into retail, we invited Ned to take part in our long-running Brew & A series.

I love the process of taking raw ingredients and combining them into a finished product. There are several stages required in brewing, and they all need to be respected in order to produce great beer.

I used to think it was all about the brew day, but the reality is that is only a small piece of the puzzle. Fermentation is nothing short of extraordinary, and I never tire of seeing the airlock bubbling the day after brewing. Time is an ingredient not often talked about when making beer, unless referring to barrel-ageing, but time is a key ingredient, as is patience. That’s why I love revelling in the satisfaction of the finished product.

Maybe I’d still be in horticulture, but I’d love to make wine.

I’ve always liked beer. I started homebrewing around 2009 and fumbled my way around making golden ales and lagers for a few years. I then started drinking pale ales and IPAs and brewed a Little Creatures “clone” that came out quite nicely. I was determined to repeat the results so began doing some reading. That’s when I was truly hooked.

Years later, and after an abrupt end to a long stint of travel, I was loathe to fall straight back into my old job, so took the opportunity for a career change. After a few months of bottleshop and bar work, I was presented with an opportunity for a full-time brewing role at Boatrocker Brewers & Distillers.

Knock On Wood is one we’re all very proud of at Deeds.

I do love high-quality pilsner malt, but I’d have to say hops. Is there a more versatile ingredient in beer?

Absolutely. *[Looks like readers will have to find out which ones in person! – Editor]*

Yikes, so many. Just in America!

Fonta Flora, Jester King or Scratch – any of these would be amazing in terms of modern farmhouse brewing and working with the land.

Side Project – barrel-ageing and blending, both wild ales and imperial stouts.

Wildflower make some of the most balanced, nuanced, quaffable mixed culture beers I’ve had.

Working in a brewery can be very intimidating at first, but you’ve got to back yourself. It’s not easy to get your foot in the door, but once you do grab that opportunity, run with it. If you’re passionate and willing to learn, the world is your oyster.

You can find other Brew & A features here.

Articles by Will
deeds brewing brew & a 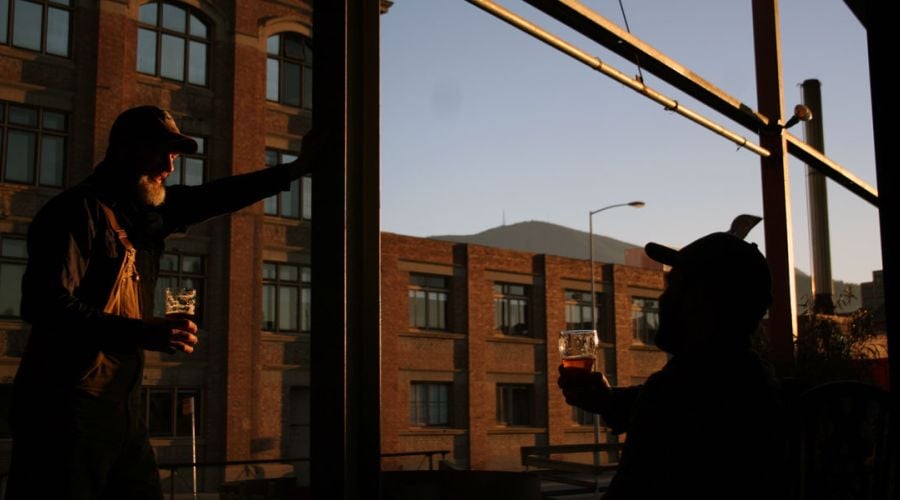