To use their (actually, we wouldn’t be doing that either), to think that the quintet known as Bob Dylan, George Harrison, Roy Orbison, Tom Petty and Jeff Lynne all came together for just a moment in the late 1980s to form the Traveling Wilburys feels like a bit of a waking dream.

How could such a collection of stars, not all known for working well with others, get together in a studio to produce such warm, welcoming and timeless tunes? And why have we dedicated four paragraphs to them in a beer publication more than three decades later?

That's thanks to Wilbury & Sons: a bar in Melbourne's southeast that doesn't just pay homage to the supergroup by name but also recognises that separate threads can come together to create a neighbourhood local as familiar as Handle With Care. The Moorabbin venue is designed to feel like a recording studio from last century, has a menu inspired by some of Britain's best fare, a cocktail list created for the seasons, and the kind of beer list to rival many spots in the inner city.

Behind it are Byron Barrowclough, who craft drinkers have met over the bar at Chapel Street’s Southern California-inspired Silverlake Social, and Kylie Sherwell. They first opened the doors to their bar close to a year ago, at a time when it looked like the pandemic was coming to an end, meaning Wilbury & Sons' history has been one of opening and closing.

“It’s been very start and stop,” Byron says. “And makes it hard to build on what you’ve achieved so far, so it’s almost like you start from square one every time, or even before square one.

“But we did get quite a good winter trade, so we were actually building quite a momentum coming up to lockdown four, and between four and five was pretty good too.”

When they have been open, he says locals have been quick to embrace the venue, which is one of a number of new businesses to open recently in Moorabbin’s Station Street. It means that locals know they have a decent choice of places to visit on a night out, while the many months Melburnians spent no more than five kilometres from home have only built a stronger connection with their suburb.

And despite the challenges of lockdown and continued curveballs thrown by the Omicron variant, one part of the business that has been smooth-sailing is convincing people to try different beers.

“I was quite pleasantly surprised that craft beer is not such a push out here to sell," Byron says. "People are quite accepting, and keen to keep money in the local economy as much as possible."

The pair have been aided in their mission by the number of local breweries in that part of Melbourne: the likes of 2 Brothers, Bad Shepherd, Banks Brewing and Boatrocker call the Bayside area home – and that’s just those near the start of the alphabet. You can add in like-minded craft distillers such as Saint Felix Distillery and That Spirited Lot, while the fact Grape & Grain have been pioneers when it comes to proselytising craft beer ensures there’s a serious appetite for quality local drinks.

“There’s a massive craft beer following bayside,” Byron says. “There are a lot of breweries and we try to focus on them as far as the beer, as well as the spirits, we carry.”

When it comes to what beers you’ll find at Wilbury & Sons, although local is a focus across the eight taps and collection of tins, there's also a selection from independent breweries from further afield plus Guinness – a regular pour catering for the area's substantial Irish community.

As the bar's first birthday rolls around, we caught up with Byron to hear what's exciting beer fans in his part of the world.

Our rotating hazy tap is always a hit, although the run of hot days Melbourne had prior to Christmas saw the lager tap flowing more than usual. It is currently pouring Stomping Ground’s Lager.

Have you seen much change in taste over the last 12 months?

Given the number of days the venue was shut due to lockdowns, it is difficult to tell, but no discerning change in patrons’ tastes.

What are customers often seeking at the moment? Is there much change in regular buying habits?

With many either in isolation or self-imposed lockdowns, off-prem sales are certainly more dominant at the moment.

What are staff drinking at the end of their shifts?

Guinness and most recently radlers.

Start them on something that is as close to what they usually enjoy drinking. Having a range of options in the fridge that fill the gaps of what is on tap helps a lot as well.

I recently had a bottle of bourbon barrel-aged IPA finished with pear juice from Hop Nation’s Site Fermentation Project. The label description was spot on with just enough tartness and pear to really get the tastebuds dancing.

Molly Rose has been ticking the boxes for me lately, especially their non-alc and low-alc range.

Are there any hidden gem beers you’ve tried recently, loved but haven’t picked up much attention?

Molly Rose Very Mandarin Lager Radler. It’s been ages since I’ve had a great radler and this one did it for me. That’s a solid go-to for me on a blazing hot day.

What styles and trends do you see growing? Anything you think might be taking off or slowing down?

Non-alc will continue its growth for sure, as well as fruit-driven beer. More breweries will get into spirits – especially those who already have barrel-ageing programs. More breweries coming out with less flavourful, easy-drinking lagers.

Cold IPAs will not have much more of a shelf life.

Hopefully to a point of sustainable growth. The craft beer market is incredibly saturated and there aren’t enough slices of the pie for everyone. The pandemic has spawned many new beers for the off-prem market to soak up – great for beer, but not so great for on-prem beer venues.

Finally, what’s next for Wilbury & Sons?

You can check out other entries in the Behind Bars series here. Wilbury & Sons is found alongside hundreds of other good beer venues across Australia in the free Crafty Pint app. 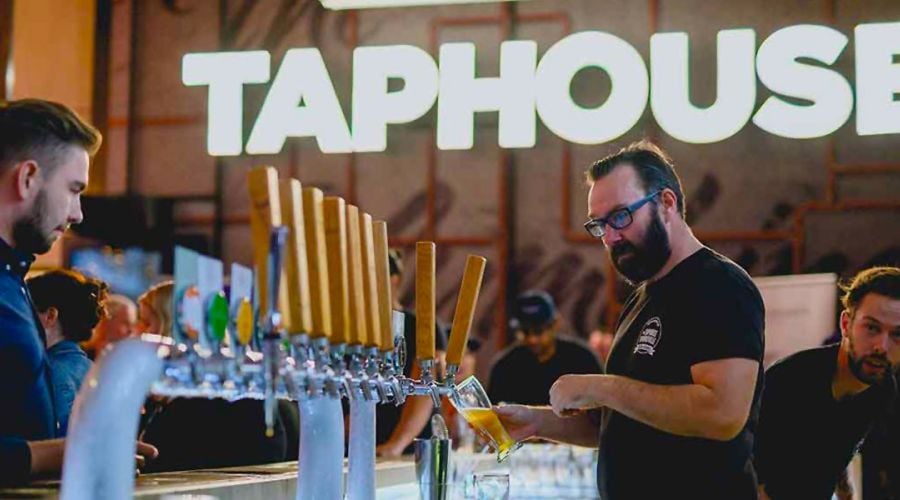 Some thought they'd have to put Great Northern on to survive. Nine hundred craft beers through their taps later, it looks like the TapHouse Townsville crew backed the right horse after all. read on Behind Bars: Harts Pub At Ten

Inside a 130-year-old building in The Rocks, Harts Pub is a ten-year-old bar that's won the gratitude of Sydney beer drinkers and Australian independent breweries alike as one of the city's earliest adopters of craft beer. read on