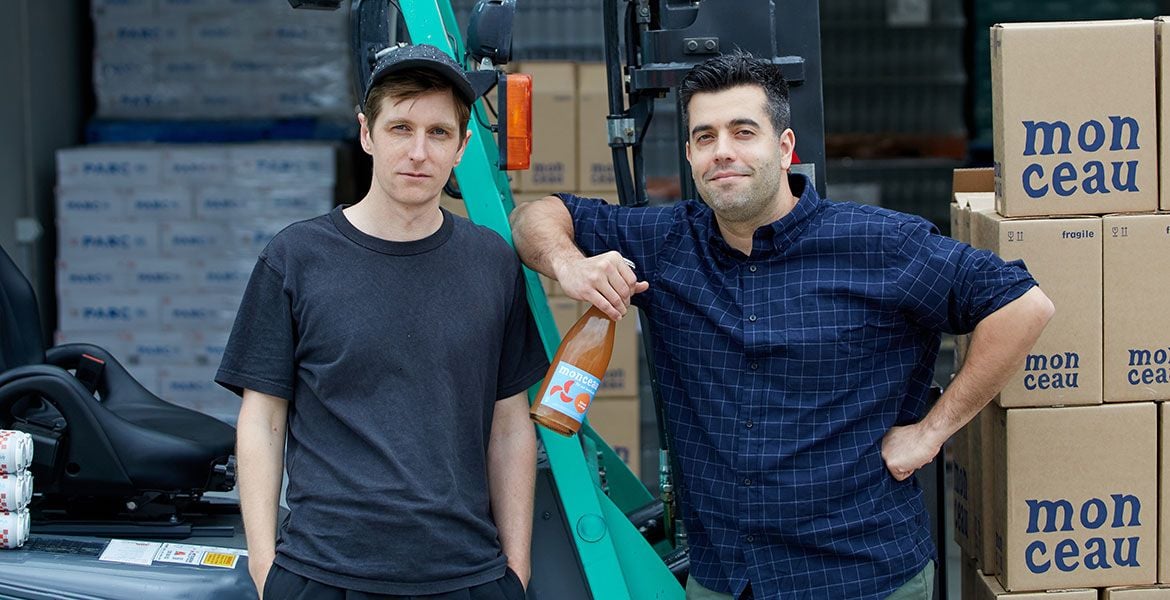 Over the last couple of years, the proliferation of alcohol-free craft beer has been pretty staggering, something we addressed at the start of the year. The sector shows no sign of slowing, in terms of supply or demand either, with Melbourne-based Monceau Co among those on the supply side.

They're set to open a non-alcoholic brewery and hospitality venue in Brunswick in July, and while the operation is a little different to what we'd typically cover on this site, their vision isn't too far removed from that of many craft brewers either.

First, let's get the main point of difference out of the way: Monceau are primarily brewers of kombucha. Having said that, they do produce an alcohol-free beer, Parc Pils, and given their flagship releases are labelled "pét nat kombucha", their approach is a unique one.

Their bottles better resemble a natural sparkling wine over a can of kombucha, ensuring the lineup is a long way from something you might pick up at a petrol station to avoid the guilt of buying a can of coke. Furthermore, Monceau share parallels to many craft brewery origin stories, starting out with homebrewing and a desire to encourage drinkers to explore a broader range of flavours.

“I was finding that I could make drinks with these really complex, delicious cider and wine-like flavour profiles,” says founder Alan Caras (pictured above right).

“Kombucha culture has been used really successfully throughout Australia to create a more soft drink type product, while at the same time creating things that are focused on ginger, turmeric or health halo kind of products."

Beyond the glassware and label design, Alan says the business name is a reference to Parc Monceau in Paris (which explains the beer's moniker too) and was chosen to differentiate their drink from other kombuchas.

“My thought was, 'How do I express that in the name and give it a name that lends it more to the alcohol or sophisticated beverage space?',” he says.

He has seen the offering embraced by many Melbourne restaurants despite launching in 2020 and having to contend with multiple lockdowns. Family-run indie retailers Blackhearts & Sparrows sell the range – which sits at around 1 percent ABV – besides pét nats and prosecco too, which has helped speed along Monceau's mission to serve as an ultra-low alcohol substitute for wine, cider or craft beer.

The drinks also impressed Rowan McNaught, who had worked with Alan previously and came on as a business partner in 2021.

“I was a bit sceptical early on them early on, but on trying what Alan was making I was immediately converted,” says Rowan (pictured at top with Alan), adding that he sees their kombuchas as naturally suited to wine, cider or craft beer drinkers.

Alan says their overall production method quite closely follows what winemakers use to make pétillant-naturel or pét nat wines (the term is French for "naturally sparkling").

Their Parc Pilsner is brewed for them by another Melbourne brewery, with the aim being to release a beer that closely resembles the traditional pilsners he and Rowan love to drink, but sans the alcohol and with barely any sugar.

“We just loved the idea of creating a very clean, delicious pilsner that was also non-alc,” Alan says.

Much like many small breweries, Monceau quickly hit capacity at their site in Keilor Park, in Melbourne's north-west, hence the search for another site. Their new home in Brunswick is set to see them quadruple their capacity, while the expansion comes off the back of a $850,000 fundraise from new investors, including George Georgiadis from Never Never Distillery and David Burson from the design platform Canva.

While they're still likely to brew Parc elsewhere, Alan says: “This allows us to really spread our wings in terms of the range of what we can produce and get even more creative with the Monceau range and keep developing more products.”

The brewery itself sits a stone’s throw from Brunswick’s Sydney Road.

“There will be a retail space open during the day," Rowan adds, "so it will be almost like a cellar door and show off our latest products and limited-edition drinks. We’re working with the architects at the moment to make it a space that will have a connection with the fact the production is happening just behind it."

While drinking alcohol-free beer in a pub, or visiting a cellar door and picking out a bottle of kombucha – even one as elegantly presented as Monceau – for a dinner party might be treated with some scepticism by some, it increasingly feels like a change that's here to stay. Alan believes the diversity of players operating in the non-alc space is only helping alter more people's mindsets.

“We’re excited to be a part of the revolution, so to speak,” he says.

“We’re definitely seeing a change in the market. We think it changed with the younger demographic who were keen to give something new a try, but now we’re seeing it across all demographics.” Late in 2018, word spread that FogHorn, the highly-rated Newcastle brewpub was up for sale. In truth, it was a case of one founder looking to get out and the other, head brewer Shawn Sherlock, looking to the future. And now he is. read on 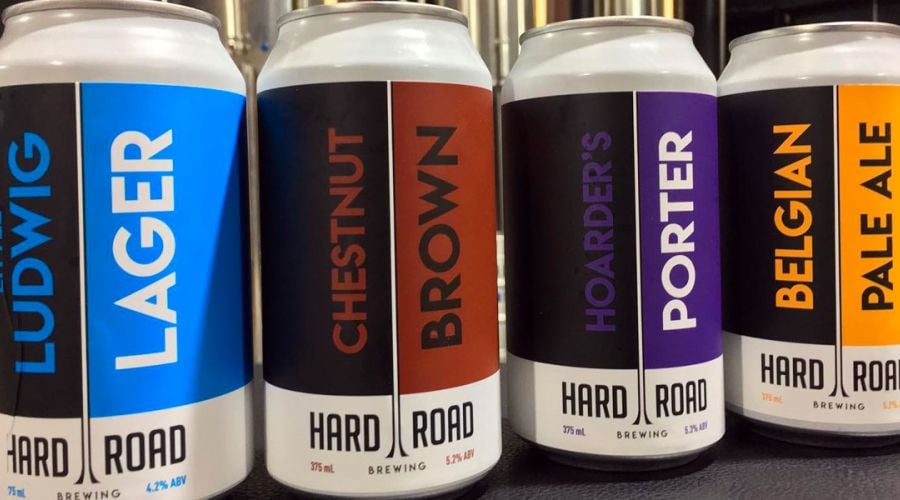