Beer Travel: A Journey Into Hops

The year was 1824. Beethoven was still alive and composing his symphonies, though youâd need to hear them live because radio wouldnât be invented for about another eight decades. In that year, the MCG of today would have quite comfortably accommodated the entire population of Australia. This was a time when the world hadnât been fully mapped and no one could be certain if Antarctica was a continent.

Putting some context to it makes it remarkable to think that 1824 was also the year Cascade Brewery opened in Hobart. That makes it, quite famously, Australiaâs oldest continuously operating brewery. It is undisputedly an icon of Australian brewing, nestled amongst the hills of Hobart as a striking remnant of a bygone era.

That long history is something Cascade makes a point of promoting, but it would be a mistake to think that it is trading solely on its past. A recent trip to Tasmania suggested quite the opposite and that rather than looking backwards, Cascade is very much future-focused. Evidence of this is perhaps most easily seen within the context of their Cascade First Harvest beer.

The First Harvest is brewed annually to coincide with the beginning of the Tasmanian hop harvest. The beer is made using fresh, experimental hop varieties and brewed on the day the hops were picked. What this produces is a beer that belies its significance.

The importance comes not solely from the contents of the bottle, but from the years of work leading to its production. This is based around a now well-established partnership with near-neighbours Hop Products Australia (HPA) and their Cultivar Development Program. The objective of this, as HPAâs Managing Director, Tim Lord, says, is âto establish new and quite distinct varieties of hops for commercial production."

Hops are grown agronomically and, as with any living organism, thrive best in quite specific conditions. Tasmania happens to be situated within one of the worldâs two narrow latitudinal bands – one in the northern hemisphere and one in the south – that are conducive to hop production. As a result, hops have been cultivated on the island since the early 1800âs. In the Derwent Valley, where HPAâs famous Bushy Park Estates are located, 2012 represented the areaâs 147th hop harvest. 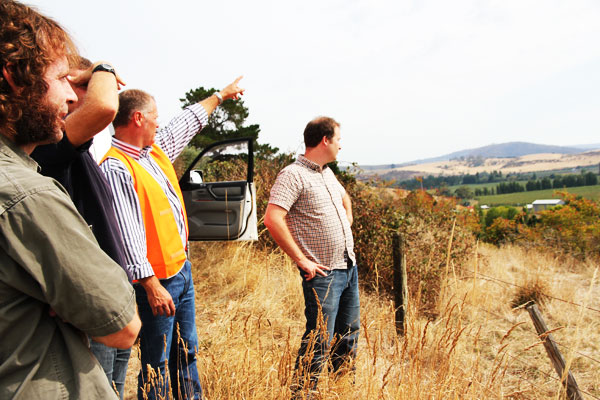 Tasmaniaâs relative isolation is also an advantage as it has allowed the establishment of an industry free from virtually all the pests and diseases that plague many of the worldâs other hop producing nations. HPAâs Processing and Quality Manager, Pete Hamilton, says that âthe lack of disease is a big advantage because it means we donât have to rely so much on chemicals, so we get a more natural product thatâs of a very high quality.“ Indeed, this is a place so favourable to hops that, as if taken from a scene in a homebrewerâs daydream, they actually grow wild in the hills and you can smell them in the breeze. Needless to say, itâs a good place to try new things.

But the development and selection of a new hop variety is a tough process. Each year, between 2000 and 3000 cultivars are propagated, a mixture of all manner of varieties that are cross-bred to test the different characteristics that can be achieved. From those initial thousands, only 15 to 20 of the most promising are selected and grown for further analysis. This list is whittled down further as the top prospects are chosen, which Hamilton says is âbased on a long list of criteria such as alpha acids, essential oils, how easy they are to grow, ease of harvest, size, shapeâ – the list goes on.

This sort of development requires long-term planning – it takes three to four years for a hop plant to mature enough to produce a viable crop. On top of that, consider that prior to the planting of the successful hop, several steps of cross-breeding may be required. From start to finish, you can be easily be looking at a 10 to 15 year breeding program.

But for all that, the only true way to establish if a new hop variety will be successful is when it is used to make a beer. Only through brewing will the full range of characteristics come out. The Cascade First Harvest therefore becomes the first real opportunity to test these experimental hops in what is their ultimate purpose. These results can determine whether or not the best part of a decadeâs worth of development will have produced something viable. Quite often, it is not. But on those occasions where everything does work out, it can change the brewing world. Case in point: Galaxy.

Galaxy hops are so ubiquitous these days that itâs strange to think they only came to prominence a few years ago when first featured as part of the 2007 Cascade First Harvest beer. They came about as a result of planting in the 2004 trials and have gone on to become an overwhelming success. As a direct result of that experimentation, there has been an explosion in demand and this year, according to Lord, âaround 100 tonnes of Galaxy were produced for global consumption." 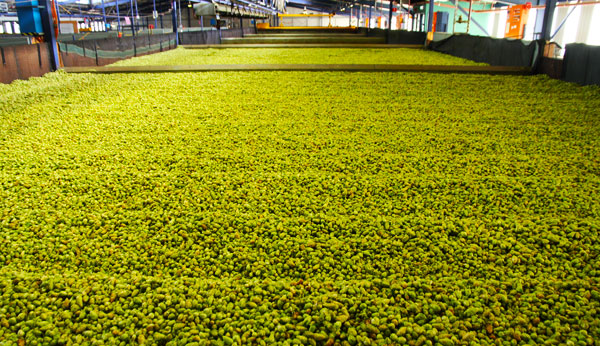 Itâs no exaggeration to say that Galaxy has become an integral part of Australian craft brewing. Without it, there would be no Stone & Wood Pacific Ale, no Mountain Goat Steam Ale, no Bridge Road/Nogne O Saison – at least, not as we know them. There are countless others too.

And that, if nothing else, will forever form part of the legacy of the Cascade First Harvest concept. Beyond being simply a beer, it is a representation of the general change currently taking place across the industry.

Pete Hamilton, from HPAâs perspective, observed that âthereâs far more innovation today than five years ago. Take, for example, the increasing tendency to use whole hop flowers in brewing. Those sorts of demands mean weâre having to work with the brewers to get the hops in earlier."

From Cascadeâs perspective, the First Harvest is still as important and genuinely forward-thinking a concept as when it was established 11 years ago. For a large brewery to be focusing effort on such initiatives bodes well for the health of the industry. For Cascadeâs head brewer Mike Unsworth, in his first year in charge, âitâs just wonderful to work for a company with such a long history. And to be involved with this tradition of brewing with hops that have never been used before is tremendously fun and exciting."

If you want to get an early taste of what the ânext big thingâ in hops might be, the 2012 Cascade First Harvest is out now in limited supply. This yearâs edition introduces us to the new hop varieties of Campania, Triabunna and Ellendale – all named by Mike Unsworth after historical Tasmanian hop growing areas.

Campania (Bittering):
A high alpha acid hop that provides efficient bittering and some resinous or herbal character. It was developed in Tasmania from HPAâs commercial Topaz variety.

Triabunna (Flavour):
An interesting flavouring hop in its own right with dried fruit, orange and white peach being apparent, as well as an underlying white pepper spiciness. This hop is from a distinctly European ancestry.

Ellendale (Aroma):
The most exciting experimental variety evaluated in some time. Profoundly enigmatic flavours and aromas of green grape and sparkling wine characters combined with red currant and raspberry notes.

Photo at top is of Stella hops, which Tim Lord expects will become even bigger than Galaxy.