With the new Crafty Pint up and running, we're bringing back some of the regular features that may have been a little neglected while the tradies were doing their refurbs at Crafty Towers. We've also got plenty of new feature series coming too – look out for Craft Beer Heroes, Beer Nuts, a new in-house beer & food guru and much more besides.

Among the regular features that has gathered a little dust since its last run out is Brew & A, in which we pose questions of the country's brewers to find out what makes them tick and also get a little insight into the human side of their brewery. We've tweaked the questions from before to come up with a new Brewer's Dozen (i.e. 13), with the first person to step into the hot seat Doug Brooke, who launched Brookes Beer in Bendigo with partner Melissa Church (pictured below right at a Good Beer Week Showcase) last year.

As well as becoming established in its adopted hometown, not least since opening a brewery bar with heaps of taps and much in the way of experimental beer pouring there, Brookes' beers have been finding favour across Melbourne, with recent specials including one featuring saffron and an Imperial India Pale Lager with a theoretical bitterness of 260 IBU (in other words, an insane amount of hops).

Anyway, enough of us, over to Doug...

By choice. Brewing was a passion that we've made our work and business.

Carlton Draught. I tried one recently and was transported back to the time when I went into that pet shop where they hadn't changed the newspaper as often as they should have. Mousey is the word I'd use for the aroma. Made me reflect on how far I'd travelled.

The bad thing about being a brewer is that as you accumulate experience you become more and more sensitised to flaws: things that go unnoticed by even the biggest craft beer fan stand out like the proverbials. It goes so far that if I want to relax with a drink I pour a glass of wine. As we go we get better and better at identifying flaws and knocking them down. Our latest beer is always the best.

We've recently changed our malt supplier and we are getting much better control through the system. It means we can focus more on hitting the technical parameters we want out of the beer and less time fixing issues that arise from badly performing malt. The beers are showing great improvement as a result.

Are there beers you've regretted brewing or would have been best left on the drawing board? 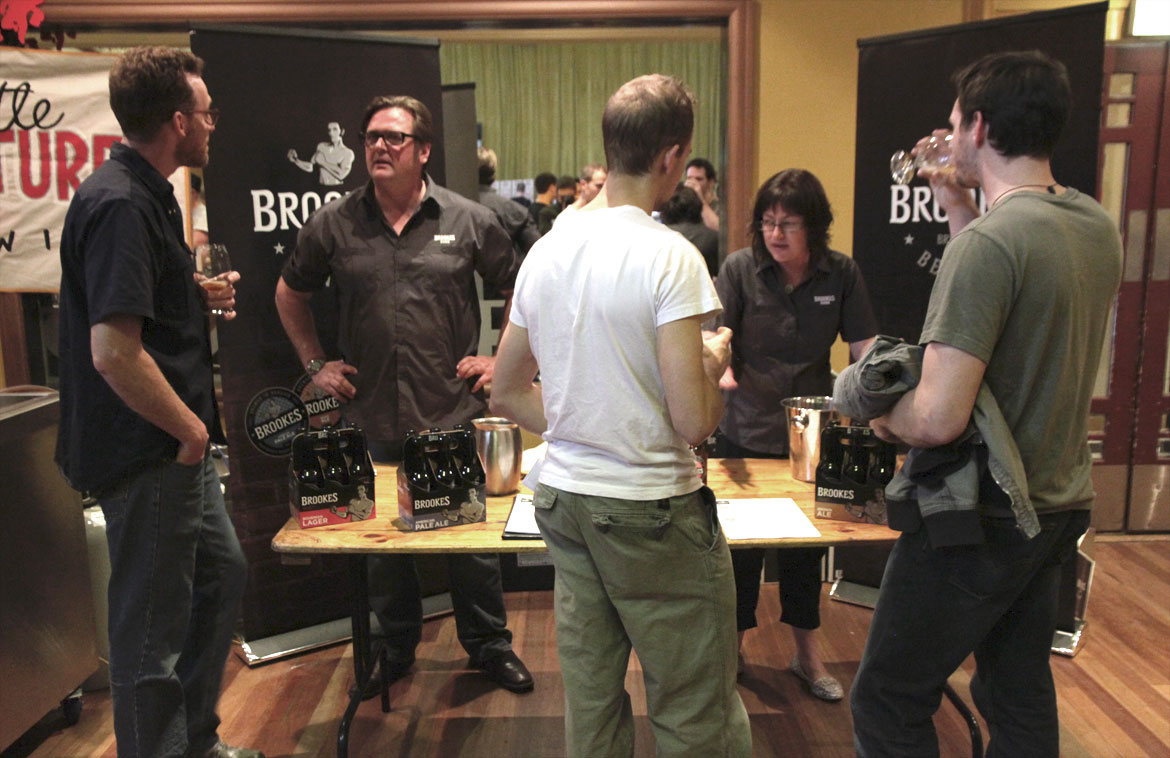 I'd say with every beer there's room for improvement. This is less about ingredients and recipes, and more to do with fermentation and post fermentation treatment – all the way to the glass it's drunk from. Craft beer is such a fragile thing and we are asking it to do things it was never designed to do – travelling long distances in our climate is not good for beer and it needs all of our skill and creativity to maintain flavour and freshness.

One of the big American mega factories. Bud, Coors, or Miller. We may not like their products but they are able to produce repeatably vast quantities of the stuff. It's quite a feat and it'd intrigue me to experience that.

The biggest inspiration of late has come from Brendan Varis' Feral Brewing. His notion of craft beer as a fragile, perishable beverage and what he's put in place to ensure his beers are looked after from leaving his brewery all the way to being poured in a glass is for me the single greatest contribution to fresh beer that I've seen recently.

Those stores that put beers on unrefrigerated open shelves are committing a crime against beer by exposing it to light strike, oxidation, staling and hop fade. It's craft beer – drink it from the source if you can, refrigerate it always.

My Pale Ale – it's chock full of delicious chuggability.

Is cocaine a tipple?

The Early Keyboard Repertoire. The English Virginalists, the Lutenists, Froberger, Bach, Scarlatti, Frescobaldi. Played on original instruments of course. It's been a lifelong affliction.

This game is a lot more physical than I ever thought – and I'm not as young as I was.

Put 90 percent of your effort into what happens after fermentation.

Thanks, Doug. Quite the insight! If you'd like to join Doug for a pale ale and a chat about Baroque keyboard music, you can find out more about the brewery here. Westside Ale Works in South Melbourne always have a wide variety of beers pouring from their 30 taps. These days, they tend to include wild ales created on-site by Ben Sewell under the Ida Pruul banner. read on