The other day, a young dad was drinking beer at Bootleg Brewery while his child made full use of the playground. Almost two decades earlier, as a 10-year-old, he had been the kid in the playground while his dad enjoyed a brew or two.

As Margaret River's original microbrewery celebrates its 20th birthday today (November 22), it's moments like this that highlight Bootleg's enduring appeal for Michael Brookes, the dreadlocked surfer, mountain biker and head brewer better known as Brookesy who has been there for the past 16 years.

"It shows the ownership of the brewery by the WA public," he says of a place that blazed the trail for beer in a region that is now home to more small breweries than any other rural area of Australia.

Tonight the brewery will host "gangster and moll" themed celebrations for Bootleg family and friends, with Brookesy having tracked down as many people as possible that have been associated with them over the past two decades. He did something similar when creating the beer that will be launched tonight too, bringing back two of Bootleg's three former brewers to join him and fellow brewer Ryan Nilsson in creating a 20th Anniversary Golden Ale: a "quaffable, dry, hoppy" 5.2 percent ale brewed with Enigma hops (see photo below right). The other former Bootleg brewer, Rolf Vickers, was unable to attend as he now brews for Guinness in Ireland. 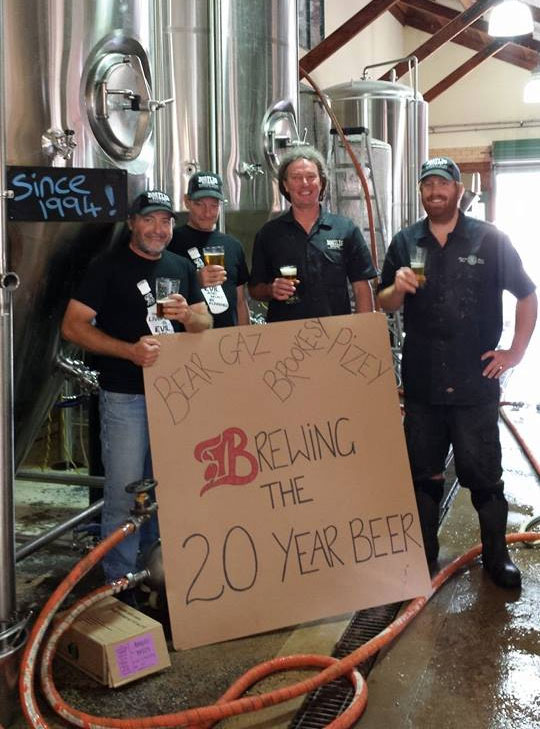 Those that did return found themselves in a setup a quite different to the one they would have left. In the past year, Bootleg has almost trebled its capacity from 8,000 to 22,000 litres. Combine that with all new branding, more new beers (locals can look out for a Lunar Circus Lager when the circus comes to town soon with a Lights Out imperial stout to follow) and clearly, even at 20, there is no intention of slowing down.

"It's a different place," says Brookesy. "Renovating some of the building, changing seating… It's a really exciting time for my staff. Every time they come to work there's something new. It breeds ownership and it's really good to see the spark.

"Wholesale is a lot bigger than it was but still mostly local. We have a very small distribution in Victoria but mainly we are busy with the tap points we have in the local region.

"My ultimate goal is to keep making the beer better and better, then everything else will take care of itself. "

By the time he joined Bootleg in 1998, becoming head brewer two years later, the brewery was already four years old. Early beers included a Bitter, Wils Pils, a wheat beer and the iconic Raging Bull, an English-inspired strong ale that's now 19 years old itself and would have been alien to drinkers in the early 90s.

"The only other craft breweries in WA at the time were Last Drop and Matilda Bay, which was still operating at the old Ford factory. That was it," he says.

"I was looking on the internet for trivia for Saturday night's party. 'Tomorrow' by Silverchair was number one, closely followed by 'Zombie' by The Cranberries. I looked at figures for the beer world and stats are so different in terms of what we were drinking." 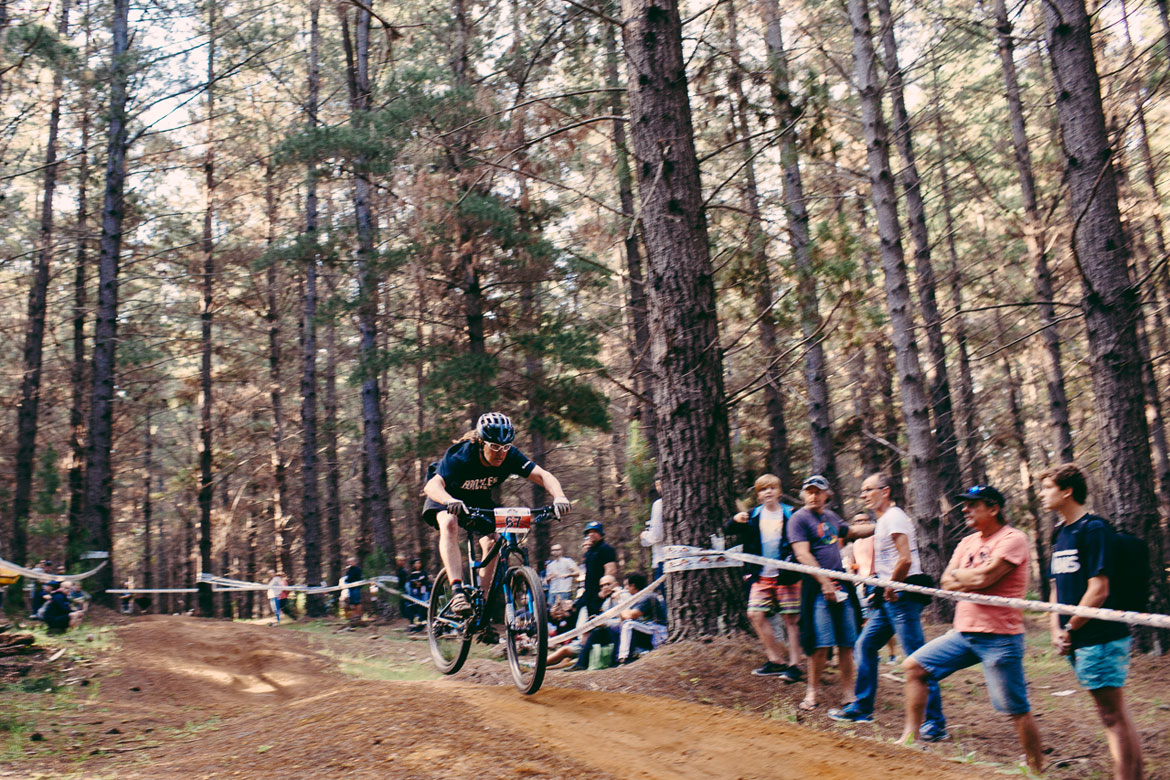 Not only was Bootleg the first brewery to open in Margaret River but it established a template that many have followed with a lake and activities for kids on its 71 acre site. It was quickly embraced by the region's winemakers – it takes a lot of beer to make a good wine, after all – and was soon pulling in tourists; even today, 80 percent of its business comes from tourism.

"Tom Reynolds (pictured at the top in 1994), who was a school teacher, came here in the 90s with his wife and thought a region with wineries needed a beer garden that brewed its own beer," says Brookesy of Bootleg's genesis. "He bought a plot of land and thought that if he made it family-friendly then people would come."

They did, they still do, and now the pioneers are part of a thriving local beer scene, one that he says features competition between brewers that drives the quality higher but still remains "a big, happy family", one in which siblings might keep a close eye on what the others are up to but are happy to help out with ingredients if a fellow brewer is running short. Happiest of all, apparently, are the local farmers who now have a seemingly unlimited supply of spent grain for their animals.

The local beer scene is becoming ever more connected with brewers overseas too, both through international visitors travelling to Australia for festivals and events and local brewers visiting their peers on "busman's holiday" trips. For Brookesy, the preferred destination has always been West Coast USA, in part due to a love of the IPA that originated there and also because he gets to indulge his love of surfing.

Recently, however, the tables were turned when Greg Koch, founder of Stone Brewing in San Diego, was in WA as part of his sabbatical from brewing.

"We went mountain biking with our girlfriends and I could see the same passion [for beer] coming from him," he says. "He's brewing on a much bigger scale then us – we don't have a multi-million dollar brewery and a second one on the way – but we are still the same person, we still have that genuine love of beer."

In a similar vein, he recalls studying brewing in the same class as Paul Holgate before he started Holgate Brewhouse, how Paul was a standout student always asking questions, how he knew he'd end up with his own brewery. 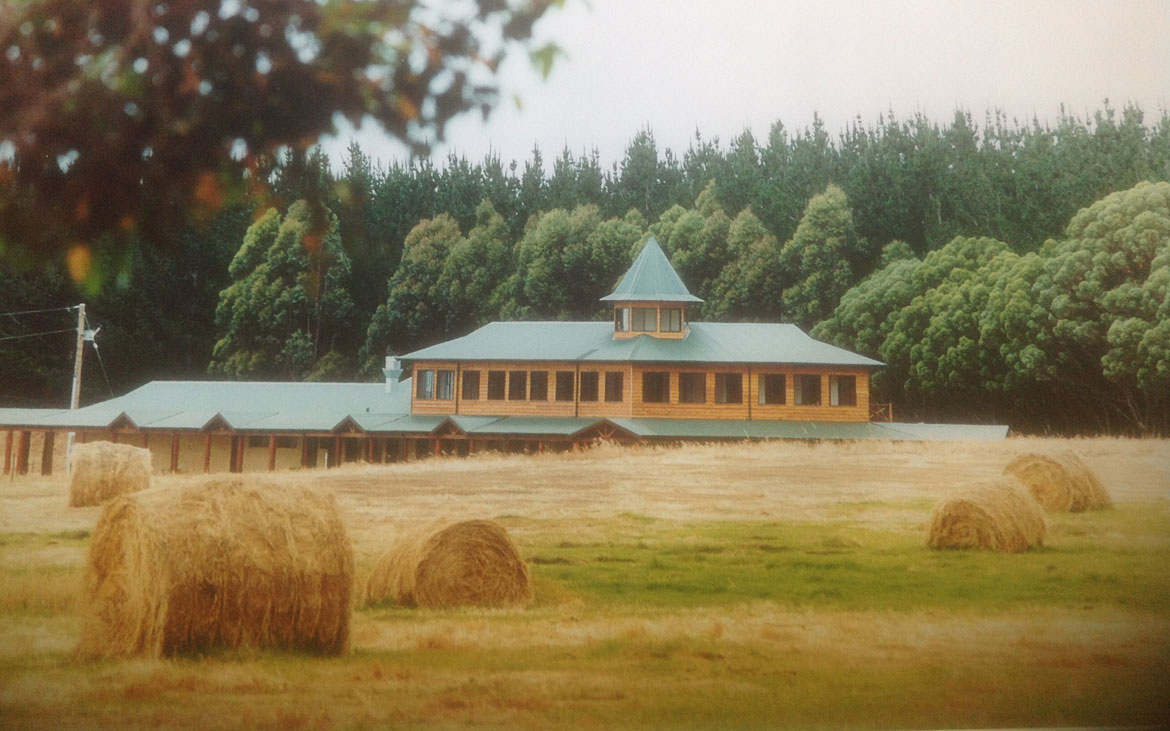 "It's great to see everybody grow up and take their own direction. It's a cool community," he says, noting how Cam and Dave at Mountain Goat aren't too far off 20 years in beer themselves.

As for highlights of Bootleg's first two decades, Brookesy cites the ongoing success of the Raging Bull, amazed at how high demand remains for a big, 7.1 percent beer in WA's warm, dry climate, and also the loyalty of many customers. But rather than look back he prefers to look forward, with the examples of Coopers and New Zealand's Richard Emerson offering inspiration.

"They've been going longer than we have," he says. "It can be done with passion: the passion for what you put in the glass.

"I've brewed four batches of beer in the past seven days [because one of the brewers has been away] and I still wake up in the morning and think, 'Great! I'm going to brew beer today.' That's a really good feeling.

"I was stood with Charlie from Mash at a mountain bike race recently and we still get a buzz."

And if you didn't?