If you like cheesy word play and canned local beer then you're going to like this article because it's got both in spades.

"It's kinda like a first date: you don't know which way it's going to go and there's lots of nervous energy," brewery manager Richard Moroney said on the day they installed the equipment.

"But our can-do attitude is coming out," he continued with a chuckle.

The canning line handles around 30 cans per minute and is the same system found at Camden Town Brewery in London and Brisbane's Green Beacon Brewing. The first run of cans was completed in time for last weekend's Gourmet Escape in Margaret River, the food and wine festival that attracted thousands of people, many of whom were delighted to put their hands on Colonial's cans.

The first beer to be given the canning treatment is Colonial's Kolsch, one of the finest refreshing quaffers in the land, which has been packaged under the new label "Draught Kolsch Ale". But, while the name has been updated, head brewer Justin Fox promises that the brew, which recently picked up silver medals at both Sydney and Perth Royal beer shows, remains unchanged.

"We just want to give people a craft beer for everyone to enjoy," says Richard (below right with brewer Paul Wyman) on the decision-making process behind their first canned beer.

Easy drinking, citrusy and with soft bitterness, the Colonial Draught Kolsch Ale is a beer with an almost universal appeal which they hope will see a greater number of people, not just beer geeks, climbing aboard the can-wagon.

"We really want to get more people included in beer," he says, not unreasonably. 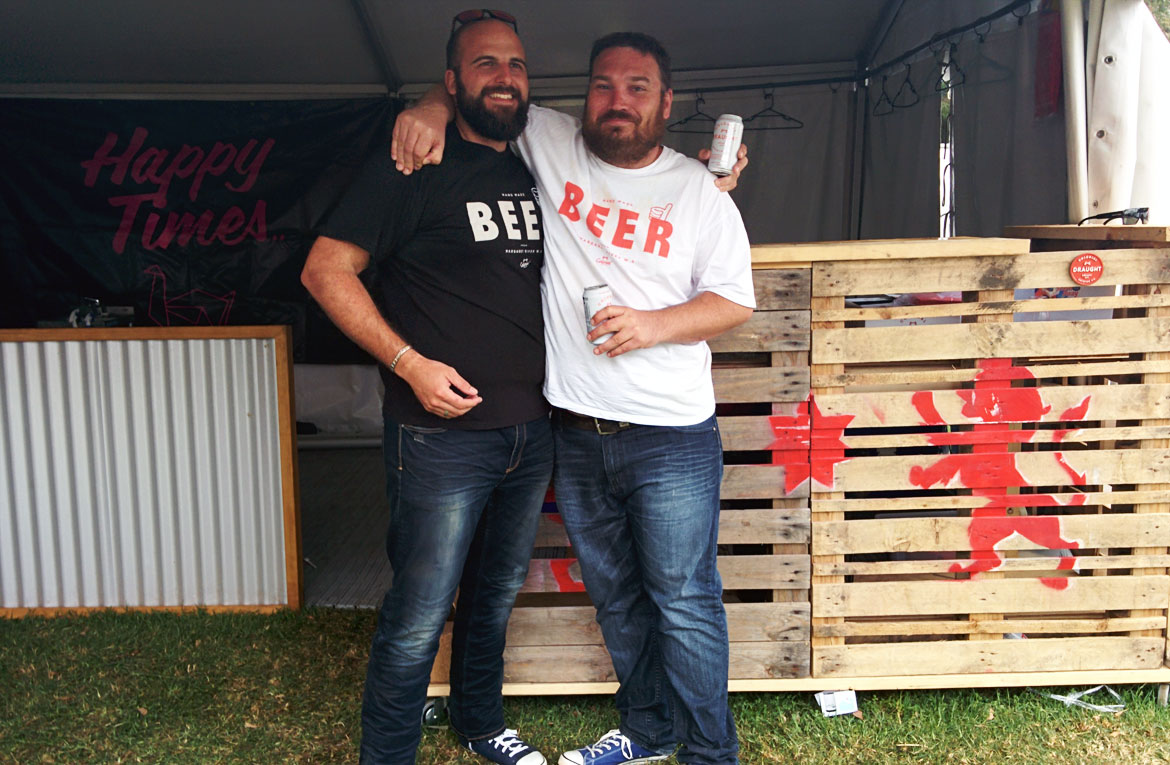 This simple wish is shared by both he and Justin and comes from fond memories of their beer drinking youth and sharing a jug of "Super" with mates. Only now, instead of "Super", they hope their Draught Kolsch Ale will become that beer for people today: a beer that is more about having a laugh with your mates than checking it into Untappd.

"Kolsch has always been the gateway beer," says Justin. "It's the beer when you don't want to think too hard about craft beer."

Though the canning line has only been in operation for a couple of weeks Justin already has plans for the next beer and hopes to have the Small Ale, their reduced alcohol IPA, in cans for February. The can design will change entirely from the Draught Kolsch Ale's striking red print and white background and instead showcase a more artist driven label, he says.

Pia Poynton works in the drinks industry, blogs as girl plus beer and handles the Crafty Pint WA Twitter account.