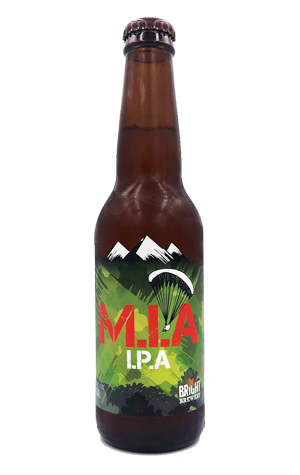 This original version of this beer was very nearly its creator's final gift to the world. The day before it was due to be debuted to the world at the Victorian Microbreweries Showcase, then head brewer Jon Seltin went paragliding and had to do an emergency landing atop of Mt Feathertop. It took him six hours just to hike down, meaning he didn't return to the brewery until around 10pm (after being M.I.A. since 2pm), by which stage brewery owner Scott Brandon had called the police to retrieve his body. Thankfully, he was only M.I.A., not D.O.A., so it's not just the beer that lives on.

These days, it's makes an annual appearance – and, as of 2019, with a new look commemorating Jon's adventures – and continues to deliver on the promise of that first batch. Which is an IPA of the lean, intensely hoppy-to-the-point-of-fruity-sweetness ilk. There's grapefruit, lychee and pineapple to the fore and a little dankness lurking in the bushes too, with a touch of sticky, resinous bitterness there as counterpoint to the fruity sweetness.