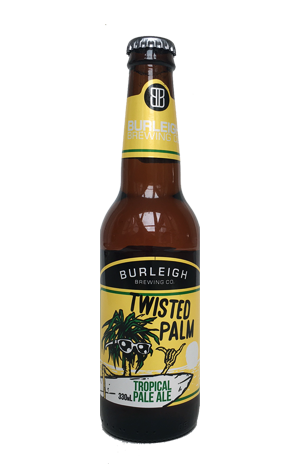 Given they're located on the Gold Coast, perhaps it was only a matter of time before Burleigh Brewing entered summer ale territory. They've done so with Twisted Palm, tagged as a "tropical pale ale" and a beer inspired by head brewer Brennan Fielding's desire to "bottle a day on the beach at Burleigh Heads".

To him, that meant opting for plenty of juicy hops, with Twisted Palm (named after the local pandanus trees) the sort of lively, refreshing beer you would want to grab out the fridge after a hot day at the beach. Pale golden in colour, it's all about fresh orange, watermelon and mango flavours and aromas. And, for now at least, it's only available on their home territory around South East Queensland.

Find it at the Burleigh Brewery or here