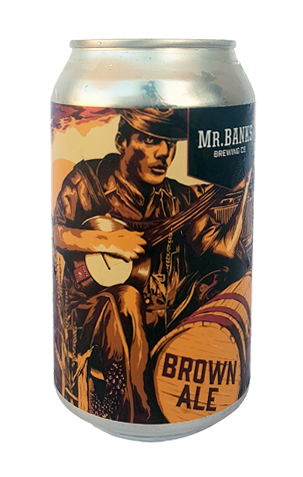 While the ukulele playing man in deserted car lot on the can might be most reminiscent of American folk legend Woody Guthrie, it’s from England that Mr Banks seems to have taken its inspiration. Maybe head brewer Chris Farmer had the songs of Billy Bragg in his head instead...

Pouring a copper brown with an off white head, you're immediately hit with flavours of toasted toffee and a slight nutty sweetness. There’s also some light coffee and chocolate, while, as it warms, you might even find a little tropical fruit from the hops making an appearance from what's otherwise very much a traditional brown ale.