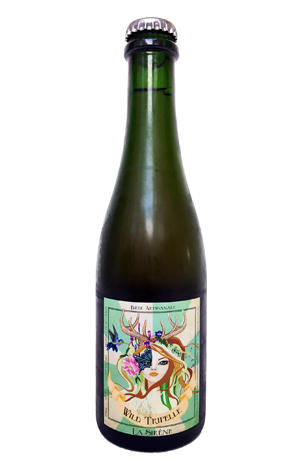 La Sirène’s Wild Tripelle series sees the brewery exploring 100 percent spontaneously fermented beers, one in which the Alphington operation lets the indigenous bugs and bacteria surrounding its home on the edge of Darebin Parklands go to work on a Belgian tripel base. For winter 2018, they've released the 2016 vintage, an iteration that's spent far longer maturing than the previous two: more than 20 months slowing developing, initially in the brewery's coolship, later in oak barrels.

The oak appears to have left hints of vanilla, something that helps keep the beer’s sour and acidic side restrained and gentle. Flavour wise, there’s also a touch of apricot and, like some other La Sirène beers into which the local atmosphere has been invited, a rich, citrusy element that brings to mind a zesty orange Madeira cake. There's more to be unearthed too in a complex yet smooth beer with a creamy mouthfeel befitting its gestation and 8 percent ABV, a beer that begs to be sipped and savoured.