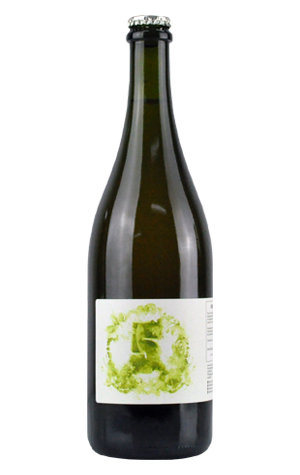 It’s difficult to say this without sounding ungracious, so let’s just get it said: these are not the kinds of beers you expect to be coming out of Wollongong. They scream a sense of place, just not this one. A barn in a field in Flanders, perhaps? Definitely somewhere foreign. Somewhere more exotic.

That's one of the quirks, though, of the modern beer world. Ideas travel fast and boundaries constraining styles have been obliterated. What was pale is now black. What was clear is now hazy. A farmhouse beer need not come from a farm and the most expressive beers can come from the least open spaces. Like a small warehouse in industrial Keira Street.

A couple of years ago, Five Barrel founder and brewer Phil O’Shea decided to try ageing beer in oak on a very small scale. There was a golden ale aged in a chardonnay barrel for a month. It was light and simple, but lovely. There was an imperial stout matured in shiraz barrels for four months. It was heavy and complex, also lovely. They were never designed to be the brewery’s bread and butter beers, rather experiments to satisfy a brewer’s curiosity. But having the beers turn out well fuelled the fire.

The experiment was scaled up and the time scale slowly stretched into years rather than months, into blending rather than just waiting. It was uncharted territory for Phil and, in the weeks before these four new beers were due to come out, he conveyed nervousness. He even delayed the release. It’s not that he didn’t believe they were good beers, it was more wondering if other people would also believe they were good beers. So he’d gone all out, packaging the blends in Champagne bottles wrapped in whimsical watercolour artwork reminiscent of a petri dish flourishing from the imprint of the bottom of a beer glass. He wanted to make these beers appear as special as they felt to him. But the proof, as ever, lies behind the label and inside the bottle.

Leading the line is the Golden Sour and, if you’re familiar with the sour saison style of beer, in a broad sense there’s a good chance the pungent aroma will prompt your palate before you’ve actually taken a sip. It’s a complex melding, in the main, of sourness and citrus but you’re also welcomed in with a generous serving of tropical fruit flavours of melon and pear. As it shakes off any chill of having been in the fridge there’s a vinous quality that reveals itself too, characters of oak and tannin drawn from the barrels.

One of these barrels was chosen for special treatment, picked out and poured on top of a mountain of fresh cherries to create the Cherry Sour. It features a pink head of foam that gives the appearance of a novelty drink plucked from the children’s menu at an American diner. It’s fun, but it dissipates quite quickly, leaving you with a glass of the most ravishing red liquid. The aroma is a mix of cherry syrup and barnyard funk – a quirky double act, no doubt, but one that captures your palate’s attention as much as the colour does for your eyes. The flavour is focused on the fruit, sweet and dense as it is, but it pares off thanks to a most agreeable level of acidity that suits because it doesn’t threaten to overwhelm.

The Flemish Red has been out before but not in this form. It appeared at the Five Barrel tap room almost a year ago but, back then, it was unblended and expectedly rough around the edges. Still, you understood the premise and promise. Now it’s been aged, blended and bottled. Time has been friendly to it. It’s replete with rich and sweet fruits that are contrasted by a sourness that stops just short of being abrasive, of being too unapproachable to an inquisitive drinker with an untested palate. It’s a complex mix of flavours and sensations; the sweetness of fruit, the wood character of the barrels, the puckering acidity. It’s a fine homage to the style.

For contrast there is the Wild Porter. This was aged in barrels that once held that imperial stout, but not before the barrels were doctored with wild yeast and bacteria. It has some similarities to its sister sours by way of the intense, sweet fruit character but here you also get faint hints of coffee and chocolate. The most notable contrast with the rest of the range – jet black colour aside – is that the sour grapefruit like finish is rounded out with a real softness and creaminess. Were you to place all four of these sour beers on a tasting paddle, the Wild Porter, perhaps counterintuitively, may be the one you’d want to start on.

Taken in concert, these beers represent one of the most delightful surprises amid the state's new releases. Phil can breath easy.