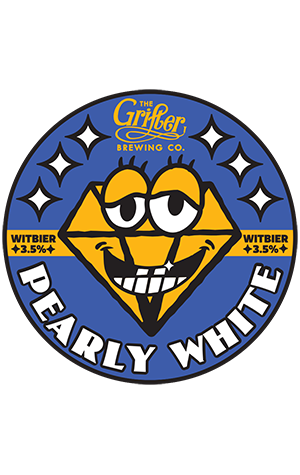 They’ve made a lot of different styles of beer at Grifter but, until now, never a witbier. Then again, upon reflection, few in Australia make them. Wheat and oats are used widely, but so much as a means of showing them off in the style of beer that puts them so front and centre. That makes Pearly White something of a refreshing change – and in this case a quite literal one as it sits at a bona fide mid-strength level of 3.5 percent ABV and is deliberately restrained in its wit-iness.

Yet it’s most definitely still a wit, with the aforementioned grains having been mixed with the requisite Belgian yeast and sprinkles of coriander and orange peel, but everything’s done in subtle doses so that you pick up the character on the palate without it necessarily banging on about it. And it very much looks the part of a classic with the kind of gentle haze that never seemed to be an issue in beer before someone started making their IPAs look this way. With the Sydney heat beginning to bite, you’d do well to reach for a Pearly White.