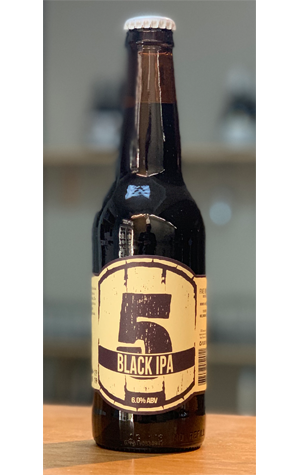 There are typically three sorts of black IPA. One sees the roasty, coffee flavours of the “black” side of the equation take centre stage. Another sees the reverse, where the hops are king. Then there’s the third version, where the beer combines the best bits of both sides of the fence.

That’s where the Five Barrel black IPA sits; the citrus notes and flavours meld in with the coffee notes, with neither overpowering things here. That’s just the way Phil O’Shea wants it.

“I always really like balance in any beer that we do,” he says. “There are some beers that are well suited to going all out and making sure that it’s an absolute fruit bomb.”

What he wanted here - in addition to a counterweight to the recently released New England IPA - was a beer people would have a schooner of and then go back for a second. And that’s just what they’re likely to do.