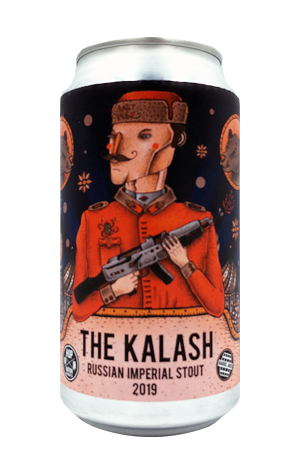 The Kalash is one of the elder statesmen (or comrades) of the Hop Nation lineup, the Russian imperial stout that marches from the Footscray brewery once a year. It tends to vary a little year to year too, although they've stuck with bourbon barrels for the ageing process after it served them so well in 2018, while opting to pop him inside 375ml cans rather than tallboys.

The bourbon barrels in which the liquid spent four months have served them well again, with the beer rolling from an initial oaky, almost cab sauv like fruitiness into a welcome blend of chocolate fudge, vanilla, spice and woodiness. Full and viscous, with its various elements nicely integrated and with a touch of drying roastiness to finish, it could well be the best Kalash to date.

Launching at the brewery on June 21 before heading nationwide.