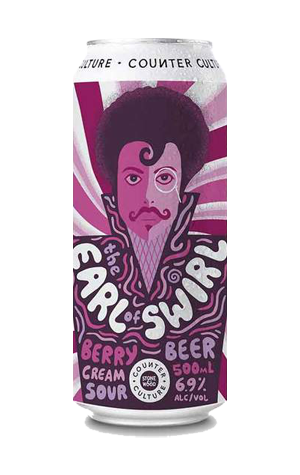 Given vast swathes of the local brewing industry have decided to dedicate a significant portion – if not all – of their time in the brewery working out how to include anything but the traditional water, malt, hops and yeast in their beers, it must be increasingly challenging to make a standout statement when you only choose to do such things a few times a year. Thus, with Stone & Wood's Counter Culture offshoot, it increasingly feels like the liquid element of each project is just part of the appeal, with the wider package – naming, artwork, accompanying message – playing a key role and, one could argue, the most radical part of the project being the fact it's Stone & Wood behind it all.

Why? Because with an audience far broader and larger than any Aussie independent bar Coopers, their French toast and Berocca-mimicking, perception-altering releases are likely to land in the hands of drinkers who have no idea many of the smaller creators of such beers exist.

Which brings us to The Earl Of Swirl, upon which a multiple-shades-of-purple likeness of Prince invites you to "Let UR Love Unfurl". The ninth Counter Culture release takes the shape of a berry cream sour that looks like sparkling Ribena in the glass and registers a highly Prince-appropriate 6.9 percent ABV. The combination of blackberries, raspberries, vanilla, lactose and souring lactobacillus maintains childhood references throughout (and not just because I grew up during his purple period).

The aroma brings to mind a berry laden yoghurt, with the oats and wheat in addition to the lactose creating a smoothness of texture. It's like a soft drink with the rough edges of its carbonation smoothed, less sour than mildly tart (imagine the sensation of biting into a blackberry or raspberry), and, just like many a visitor to Paisley Park in the late artist's heyday, goes down oh so easily.