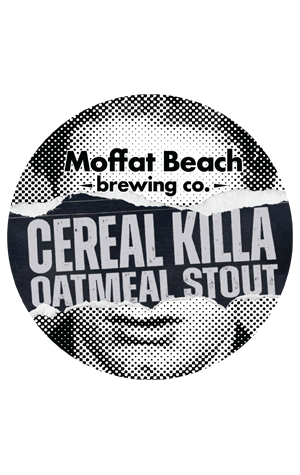 The cereal in the beer’s name refers to the oatmeal that gives this stout its body, but that’s not the only connection this beer has to breakfast.

Cereal Killa is the colour of strong black coffee with a head like Coco Pop milk, and it smells like someone’s turned the dial on the toaster all the way up to six. It rolls gently over the tongue – not too heavy, not too light, but just right – leaving a roasty and bitter trail, with an edge of cola and dark chocolate creeping in.

Of course, some people might say cola and chocolate aren’t responsible breakfast foods, but those same people would probably say beer isn’t a responsible breakfast food, when that is an occasional delight. And with Cereal Killa packing this much flavour at only 5.5 percent ABV, it’s just begging to be poured into a mug and enjoyed with a hot breaky.