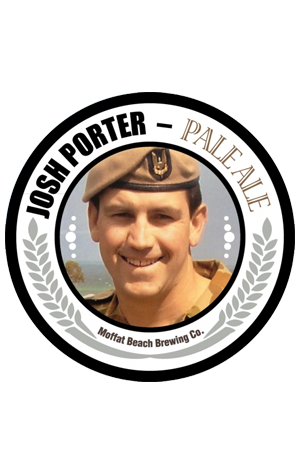 A beer can be more than a beer.

Matt Wilson brews this beer in the memory of his army mate Josh Porter, who died tragically in a Blackhawk helicopter crash on 29 November, 2006.

It pours a deep gold with glints of red, like you have a glass full of tree sap in front of you. Between the colour and the flavour, this strong pale ale almost nudges into amber ale territory – the malt character is rich enough to stand up to the big citrus hop and the bitter hit.

Matt says that, like Josh, this beer is smooth, but not above giving you a punch in the mouth if you need it.