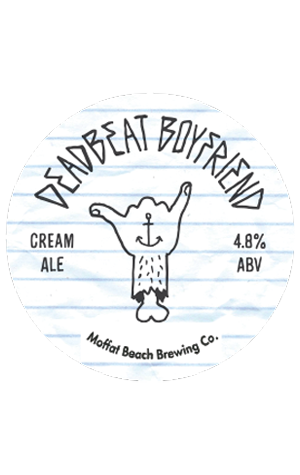 Many of us have had that strange first encounter with a cream ale when we tasted it and thought, “This tastes like a lager. Where’s the creaminess?” No one really knows where the name came from, but it was likely meaningless marketing fluff, not unlike the way ‘premium’ gets used today. But as an American style designed to compete with German lagers over a century ago, it does alright.

When Matt Wilson needed a sessionable lager-like beer for his customers at his tiny Moffat Beach brewery, but knew he couldn’t afford to have lagers taking up precious tank space for five weeks… he turned to making this cream ale.

It has gentle fruity esters on the nose. The use of oats and corn give it enough body to crawl across the tongue. But in the end, it’s light and clean enough to do what it’s supposed to do - disappear quickly.